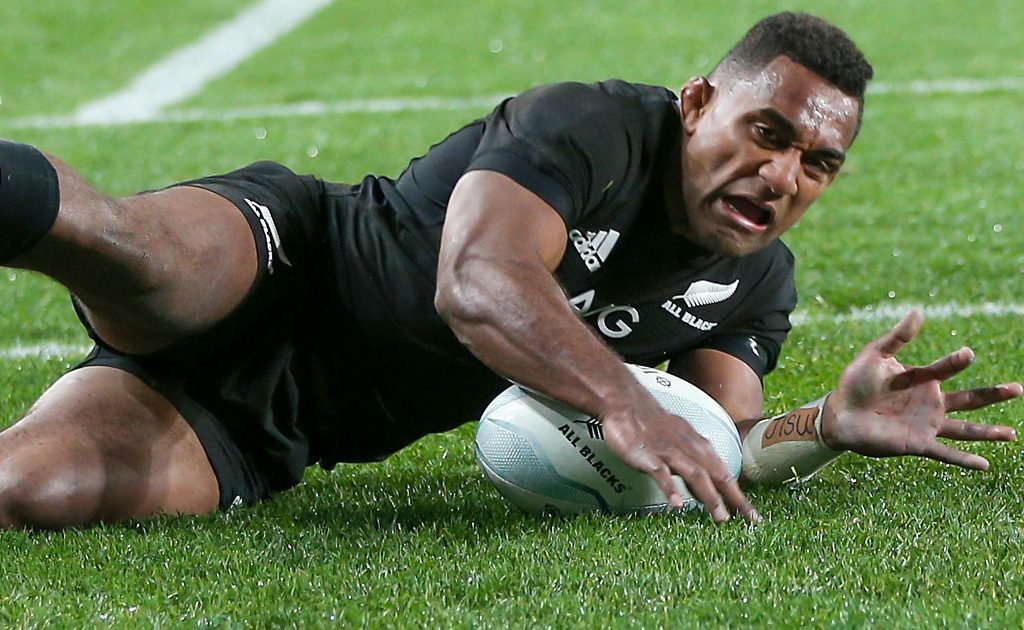 Sevu Reece scored a hat-trick of tries as the All Blacks claimed a deserved 60-13 victory against Fiji in Hamilton on Saturday.

For Fiji, Peni Ravai crossed the whitewash and Ben Volavola succeeded with a conversion and three penalties.

Fiji made a fantastic start and had the All Blacks defence at sixes and sevens after a superb line break from Eneriko Buliruarua. New Zealand strayed offside as their opponents hammered away at their try-line and Volavola opened the scoring off the kicking tee in the fifth minute.

The visitors held the upper hand during the next 10 minutes but couldn’t increase their lead and that proved costly as the All Blacks struck back with Reece’s first try in the 15th minute. This, after David Havili ran onto a pass from Ardie Savea on Fiji’s 22 and the inside centre beat a couple of defenders before offloading to Reece, who scored under the posts.

That did not deter Fiji, who continued with their attacking style of play but despite another foray into the All Blacks’ half, they could not breach the hosts’ defence and had to settle for another penalty from Volavola midway through the half.

New Zealand continued to soak up the pressure and also had some good attacking moments. But when they did launch attacks into Fiji’s half they were met by a solid defensive effort from their opponents. Fiji committed several breakdown infringements, however, and on the half-hour mark Mo’unga slotted a penalty which gave his side a 10-6 lead.

Shortly afterwards, New Zealand launched an attack from a scrum inside Fiji’s 22 and Reece soon found himself in space out wide before going over in the left-hand corner for his second try.

New Zealand’s forwards then put their team on the front foot with strong carries deep inside Fiji’s 22 with Savea and Luke Jacobson stopped just short of the try-line. The ball eventually came out to the backs and Mo’unga found Reece with a long pass and the wing cantered in for his hat-trick.

Just before half-time, Savea powered through the Fijian defence to score his try which meant the hosts had their tails up with the score 29-6 in their favour at the interval.

New Zealand continued to dominate in the second half and shortly after the restart Jordan dotted down after running onto a Mo’unga pass deep inside Fiji’s half.

Fiji’s response was immediate and they did well to launch a lineout drive on the All Blacks’ five-metre line before Ravai broke away from the maul to cross for a deserved five-pointer.

Volavola added the extras but that was the last time the visitors would score points as the All Blacks took control of proceedings during the rest of the match.

In the 51st minute, replacement back Ioane had an easy run-in after good work from Mo’unga in the build-up and on the hour-mark Taukei’aho scored off the back of a lineout drive deep inside Fijian territory.

It was one way traffic during the game’s final quarter and the All Blacks were rewarded with further tries from Frizell and Taukei’aho which sealed a convincing victory.