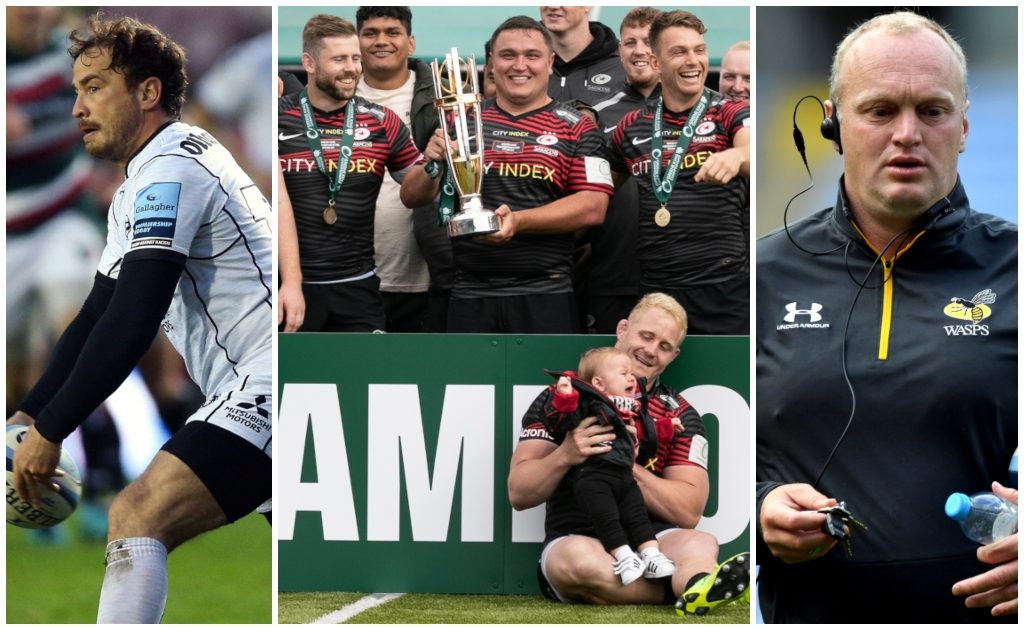 Ahead of the 2021/22 Premiership season, we delve into some of the key things to look out for during the upcoming campaign.

The return of Saracens

After their salary cap breaches and subsequent relegation, Mark McCall’s men are back and with a squad which could quite easily challenge for the title. While their return won’t exactly prove popular with the other clubs in the competition, they have ‘done their time’ in the Championship and will be amped up now they are back in the Premiership.

Despite losing some of their first team players following relegation, such as Will Skelton, George Kruis and Ben Spencer, they still have an incredibly strong squad and will no doubt be in and around the top-four this season.

Youngsters to star without the threat of relegation

We are not fans of abolishing relegation but it does have its upsides and younger players should be given opportunities to impress. Although the teams up towards the top of the table will be more circumspect in bringing through their academy players, for those out of contention in the latter stages of the season it is an excellent chance to prepare for the next campaign.

While relegation previously inhibited selection, that will not be the case over the next few years. It should help the national side and benefit the clubs, who can build their squad depth ahead of 2022/23.

Danny Cipriani back in the West Country

One of England’s finest talents is back in the Premiership after signing a deal with Bath. Cipriani left Gloucester in the early stages of the previous campaign, giving himself time away from the game following a difficult year off the field, but he has returned to the West Country at the Cherry and Whites’ rivals.

He was available towards the end of 2020/21 for Bath but the club decided to hold back his on-field involvement and, with a full pre-season behind him, the 33-year-old is ready to fire once again. The fly-half may be advancing in years but, while pace was one of the biggest assets in his early years, it is his skill set which sets him apart. He can still make breaks but it is Cipriani’s ability to dictate a game and organise his backline which will enable Stuart Hooper’s men to thrive.

When a club brings in a new coach or director of rugby, it is usually from a position of weakness. The pressure is often off in the early stages and expectations are low but that is not the case with Harlequins and Matson. Following the departure of Paul Gustard in January, the Londoners decided not to replace him immediately and it evidently worked, with Quins stunning Bristol and Exeter to lift the Premiership title.

They obviously needed someone to fill the void, however, and the New Zealander has been tasked with building on that success. It is no doubt pleasing for the 48-year-old to be coming in with the club in a good place but it also adds to the pressure. In his last stint in the Premiership – as head coach with Bath – he struggled to make an impact, but Quins already play the brand of rugby he is used back in his homeland and it should be a much smoother transition. However, a poor start and the Quins fans’ patience will wear thin rather quickly, which leads onto…

As the sport has developed and professionalism has been etched into every fabric of rugby union, the life span of coaches has become shorter and shorter. It is not quite as bad as football just yet, but it has still become an unedifying part of the game and no doubt at least one head honcho will leave their post during the campaign. The fact that relegation is not there will save some but the likes of Alan Solomons and Hooper need big seasons.

Quite frankly, it is a surprise that director of rugby Solomons is still there, given Worcester’s continual struggles, while Bath fans were not happy with Hooper in 2020/21. Others that are under pressure include George Skivington at Gloucester, who has been given time by the board despite the Cherry and Whites’ issues on the field, and perhaps Chris Boyd and Lee Blackett.

Northampton haven’t quite developed under Boyd as many would have hoped while Blackett endured a difficult first full campaign at Wasps. He was the toast of Coventry after guiding them to the Premiership final but they finished in the bottom half of the table last season and the knives were out until they edged into the Champions Cup qualification places ahead of 2021/22.

The impact of the fans’ return

Unsurprisingly, away wins became more commonplace as matches went ahead in empty grounds, so it will be interesting to see how teams adapt following the return of supporters. No restrictions are currently in place in the UK, unlike towards the end of last season where only limited capacities were accepted, which means full houses are allowed, and that will delight all the clubs.

For some, however, it is more beneficial than others. Welford Road is always a daunting ground for visiting teams, even when Leicester Tigers are struggling, while Bristol’s Ashton Gate is an imposing stadium when full. At Kingsholm, the famous Shed will be back in action and could lift a Gloucester side that struggled in 2020/21. It will therefore be intriguing to see how it affects the teams and their away form.

There is currently a nice mix in England’s top-tier. While the traditional strengths of set-piece and forward power remains, plenty of teams are willing to chance their arm and play a thrilling brand of rugby. Two of last season’s semi-finalists, Bristol and Harlequins, produced a game for the ages in the last four, precisely because they played with no fear.

While Exeter Chiefs are a bit more physical and direct, they also like to move the ball through the phases and spread it wide. The final members of the 2020/21 play-off picture, Sale Sharks, are perhaps the most conservative, but they have players who can do the spectacular and may well expand their game a bit more now that they have had a full pre-season under Alex Sanderson.