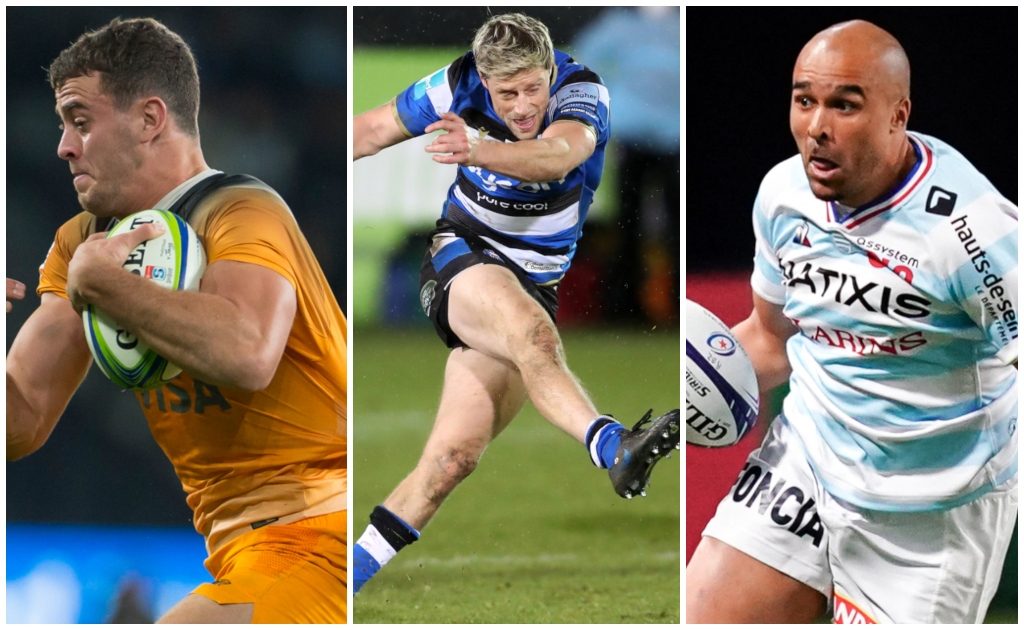 Ahead of the start of inaugural United Rugby Championship season, we take a look at some of the big name additions the teams have made.

The Irish juggernauts already possess a pair of top class tightheads in the form of Tadhg Furlong and Andrew Porter and now they’ve added the outstanding former Crusader to their ranks. The older brother of Australia prop, Allan, the 29-year-old will no doubt be a crucial player when Furlong and Porter are on international duty.

Alaalatoa has a solid all-round game – strong in both the set-piece and the loose – and also has excellent leadership skills. The prop was named captain of Samoa earlier this year and adds quality to an already superb squad. Some questioned why Leinster needed to sign another tighthead when they had two other internationals in their ranks, but Alaalatoa will no doubt play plenty of times this season, both in the league and Champions Cup, and will allow the two Ireland representatives to have some much-needed rest.

Following the demise of the Jaguares in Super Rugby, several Argentines have headed to Europe, and particularly the United Rugby Championship, to play. Boffelli, a star of the national side over the past few years, is one of those and will help Edinburgh offset the disappointment of losing Duhan van der Merwe to Worcester.

Boffelli is a very different player to Van der Merwe and doesn’t have the raw power of the British and Irish Lion, but he will give them pace, elusiveness and a good skill set in the wider channels. He can play at both full-back and wing, and his signing provides some hope for a Scottish outfit which is currently in the doldrums following a disappointing 2020/21 campaign and the departure of Richard Cockerill.

While the Warriors’ efforts last season were not as poor as their Scottish rivals – they at least made the Champions Cup – there has still been a concerning drop-off over recent years. There is huge pressure on head coach Danny Wilson, who took over from current Wallabies boss Dave Rennie at the start of last season and has yet to impress.

Despite being renowned for their quality behind the scrum, there was a distinct lack of invention at times, while they are hit more than most by international absentees. They lack the depth of the top Irish teams and it means they have invested in Australian representative Dempsey, who will be around for the entire campaign. He will bolster their back-row and offers tremendous work ethic.

Technically, the fly-half has already played for the Pretoria-based outfit and hit the headlines by starring in their victory over South Africa ‘A’, but it is the first time we will see him in this tournament. Goosen is a tremendous talent but risks not truly fulfilling his undoubted potential with a series of issues hampering his career.

First of all, significant injuries have halted his progress and then there was his ‘retirement’ when at Racing 92 in 2016, which he would later describe as a ‘bad decision’. Goosen would return to rugby with the Cheetahs before agreeing to join Montpellier, but he never quite hit the heights over those three years and duly decided to come back to South Africa.

The early signs are positive and an excellent season in the United Rugby Championship could see him force his way back into the Springbok set up. At 29, the fly-half still has time on his side, but you get the feeling it is now or never for the talented playmaker.

One of the more intriguing signings ahead of the upcoming campaign was the Ospreys’ capture of the outstanding young Scarlets flanker. There has been a debate in the last few years over what constitutes a ‘traditional seven’ but Morgan is your stereotypical openside, despite featuring at blindside and number eight on occasions. Small in stature but big in heart, he is an absolute menace at the breakdown and is also a superb link player in the loose.

The Ospreys have recruited well recently, with Tomas Francis also bolstering the pack, and they will hope Morgan and co. can do the job up front to help unleash their talented backline. Logic dictated that he would be competing with Justin Tipuric for a starting shirt but, with the Wales and Lions star potentially out until Christmas, that opens the door for the 21-year-old. Even when Tipuric returns, boss Toby Booth may also look to play dual opensides but, whatever he and his coaching staff decides, Morgan is set to make a big impact.

After several years of struggling for form, the fly-half enjoyed a renaissance in his final two years at Bath, playing with an assurance throughout, despite the West Country outfit’s struggles in 2020/21. He now returns to Wales and will add crucial experience to the Cardiff ranks, who will be looking to improve on their previous campaign.

The capital-based outfit finished with eight wins from 16 in the PRO14, qualifying for the Champions Cup in the process, but will expect a better season. They have a relatively inexperienced team but, with those players a year older, Cardiff will aim for a top-half finish at the very least.

One of those players who is still developing, 25-year-old Jarrod Evans, should go into the season as their number one fly-half, given his fine form led to a Wales call-up for the July Tests, but Priestland will be waiting in the wings should he falter. The 50-times capped Welsh representative will be invaluable for Evans in terms of his experience and knowhow, but he is also still ambitious and will look to usurp the young pretender.

A favourite son has returned home as the full-back signed a one-year deal with the Irish province. Having initially left in 2018 and effectively ended his Ireland career after failing to convince then-head coach Joe Schmidt that he was good enough for the first XV, Zebo is back in Limerick. His time in Paris with Racing 92 was mixed but no doubt the back three player’s return to Munster has been greeted positively by the supporters.

It certainly gives them high quality options on the wing or at full-back, with Andrew Conway and Keith Earls still playing outstandingly well, and Mike Haley a consistent performer. Zebo still appears to have the pace, ability and attitude to succeed at this level, and he adds depth to a side that are desperate to claim another European top-tier title having endured a barren 13 years.