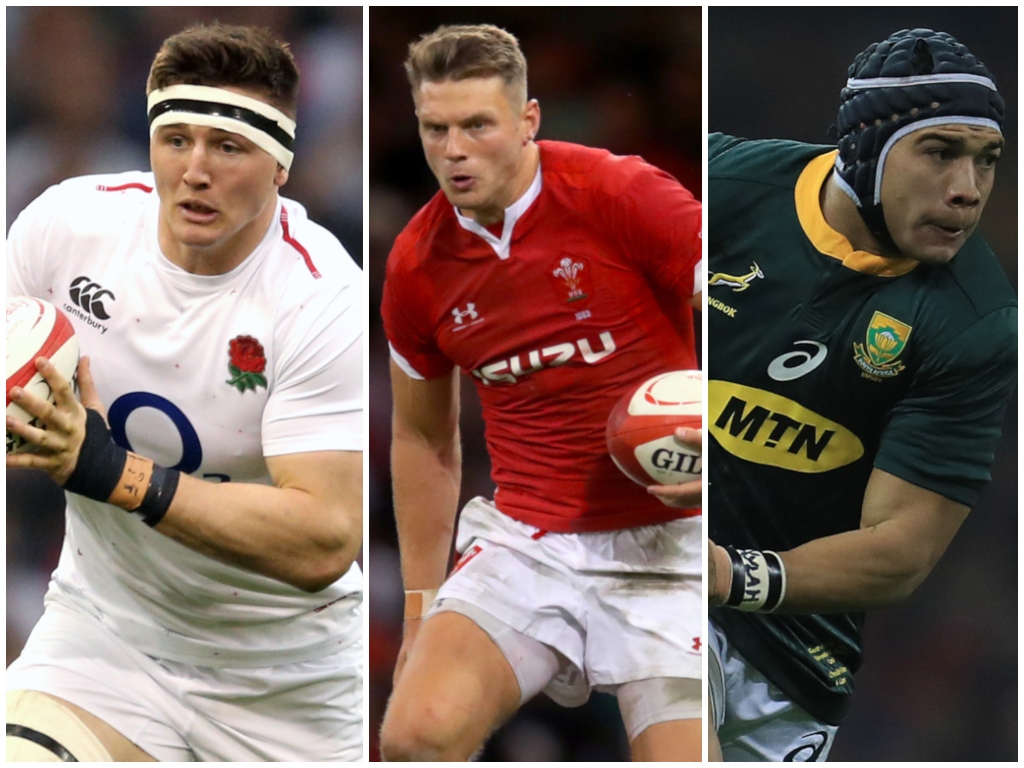 Ahead of the Rugby World Cup in Japan, we look at seven players who we think are going to be crucial in the upcoming global tournament.

With the breakdown key in the modern game three of the players come from the back-row, while there is a mixture elsewhere, including two speedsters, a powerhouse Fijian centre and an excellent Welsh fly-half.

The Springboks are renowned for their conservative and pragmatic approach to the game but in Kolbe they have an excitement machine, who has cemented his place in the two-time world champions’ starting line-up since making his Test debut against Australia in Brisbane during last year’s Rugby Championship. Blessed with blistering speed, great vision and arguably the best side-step in the game today, the diminutive wing’s unpredictability on attack makes him a genuine threat to opposing defences. The 25-year-old joined Toulouse from the Stormers in 2017 where his overall game has improved considerably and he is currently one of the undoubted stars of the Top 14. Kolbe will be a vital cog in the Boks’ onslaught at the Rugby World Cup and don’t be surprised if he finishes amongst the top try-scorers at the end of the tournament.

Cheslin Kolbe could side-step you in a phone box. 💨 pic.twitter.com/EKGcN8Q9HJ

Fiji will be one of the underdogs at this year’s Rugby World Cup but they have the ability to cause an upset against the more fancied teams largely due to the ability of players like Radradra. The Bordeaux-Begles back is a genuine superstar of the game, who can change the course of a match with a moment of brilliance on attack. He combines raw power, speed and agility but is also an adept defender and will be vital for Fiji as they bid to reach the World Cup quarter-finals for the first time since 2007. The powerful 27-year-old centre is set to make history in Japan as he will become the first player to represent a country at a World Cup in three different rugby codes. This, after he played for Fiji at the 2013 Rugby League World Cup and he was also part of the Pacific Island nation’s team at the 2018 World Cup Sevens.

Semi Radradra with the best hand off I’ve ever seen. pic.twitter.com/A71salrqAE

An outstanding wing who hasn’t yet received the credit he deserves. That could all change in the 2019 Rugby World Cup as he should announce himself to the watching world as one of the most lethal wide men in the game. His speed over 10 metres and power in contact makes Penaud a difficult player to contain and France are beginning to utilise all of his qualities, as he popped up in midfield on numerous occasions in their warm-up matches. The Clermont star will be vital to France’s hopes of making it out of Pool C but if he is on song and sees plenty of ball then their chances increase greatly. A good link up with Antoine Dupont and Wesley Fofana will also create scoring chances for Penaud, who is part of a clinical French back three group that includes fellow wings Yoann Huget and Alivereti Raka and the versatile Gaël Fickou.

Thrust into our selection following the unfortunate injury suffered by Gareth Anscombe, Biggar has a huge amount of pressure resting on his shoulders at the tournament. The Wales number 10 is now first choice and charged with directing the reigning Six Nations champions to that, as yet, elusive silverware that is the Webb Ellis trophy, with Warren Gatland’s outfit having performed well in 2011 (semi-final) and 2015 (quarter-final) but not being able to make the final steps to glory. Biggar is a master tactical kicker and commander of the skies who can orchestrate a serious challenge for glory, with his steady persona set to be critical for Wales should they once again make the knockouts. His club move to Northampton Saints seems to have taken his game onto a new level and the Welsh will hope his fine form continues in Japan.

🏅👀 – Dan Biggar with his eyes on the prize. #WALvENG pic.twitter.com/9tDhEp0EOX

Despite being just 21, the Sale Sharks flanker has quickly established himself as one of the best back-rows in Europe. We predicted big things for him back in 2017 after he came through the ranks at Sale and made his debut for the Red Rose against Argentina, and Curry has duly continued to make significant progress. He enjoyed a superb Six Nations where he was the national team’s best player and was also impressive in the World Cup warm-up matches. The openside has competition for his place with Mark Wilson and Sam Underhill also outstanding individuals, but the Sharks man should be first choice and will show the world what he can do in a much-improved England back-row.

England's Tom Curry saw his opportunity – and he took it.

Eddie Jones' men score the first try of the match in Cardiff.

Has been seen as an impact player previously but has become a crucial part of the All Blacks’ back-row. With New Zealand lacking options at blindside and Kieran Read set to end his international career, Savea’s ability to cover all three positions has been invaluable. The Hurricanes player has stood out in whatever role he has been given and, following an excellent Super Rugby and Rugby Championship campaign, the 25-year-old will be pivotal in the upcoming global tournament. Savea is an incredible athlete and hugely influential in the loose but the back-row is also outstanding over the ball. Don’t be surprised if he’s rated as the world’s best following the conclusion of the World Cup.

The Argentina captain has been an inspiration for Los Pumas over the past few years and has unsurprisingly been made captain. Even when the Argentines have struggled and been comfortably beaten, Matera has shone for Mario Ledesma’s outfit. His physicality and ball-carrying ability is amongst the best in the world, while the flanker is also a very good defender. The 26-year-old has already accrued 56 caps and Ledesma will need to have the skipper at his very best if Argentina are to move into the quarter-finals. With the front-five struggling to provide a stable set-piece, a lot of onus is on the back-row to get them over the gain line against a couple of big packs in England and France.

52' Pablo Matera shown some football skills there to score and equal the scores 18 all. @RugbyEng @RugbyARG_ pic.twitter.com/JYd9ttvoBQ