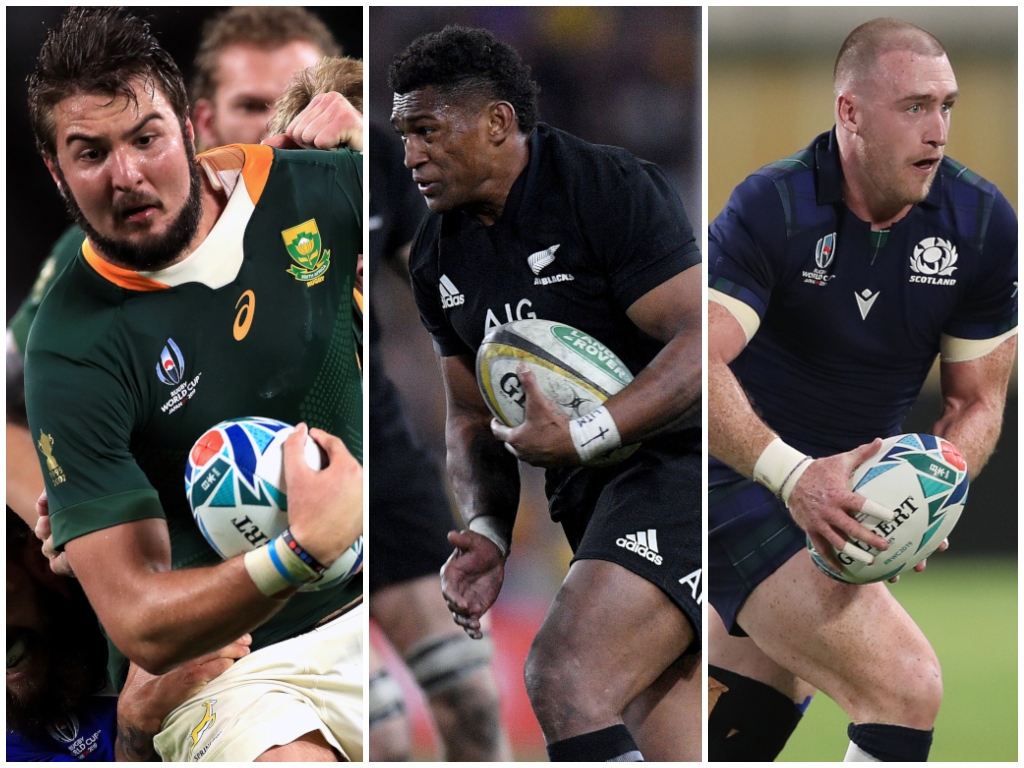 Ahead of the forthcoming 2019/20 Premiership campaign, we have looked into each side’s new signings and picked out our players to watch.

Owen Franks (Northampton Saints): Director of rugby Chris Boyd made an excellent start as Northampton’s head honcho, revolutionising their game and taking them into the play-offs. They played some thrilling rugby which allowed backline talents Cobus Reinach, Rory Hutchinson and Taqele Naiyaravoro to thrive, but they lacked a stable set-piece. Against the very best, their scrum has struggled and it needs to improve if the Midlanders are to build on their fourth place finish from 2018/19. It is why the former New Zealand prop has been brought in. Franks will provide stability in that front-row and will potentially help them challenge the two best teams in the Premiership, Saracens and Exeter Chiefs. Should the 31-year-old find his best then the Saints are set for an exciting campaign.

Lood de Jager (Sale Sharks): The Greater Manchester outfit have a similar story to Northampton, with the scrum and overall power of the front five a constant problem for Steve Diamond over the past few years. They have a wonderful back-row, which has also improved with the addition of the Du Preez twins, Jean-Luc and Dan, but the director of rugby has been frustrated by their inability to completely solve their forward problems. Those issues may be a thing of the past in 2019/20, though, with Springbok trio Akker van der Merwe, Coenie Oosthuizen and De Jager bolstering the front five. The second-row is undoubtedly the marquee signing, however, and will provide Sale with an incredible athlete in the engine room. The former Bulls player is an outstanding player who will dominate the lineout, provide power in the scrum and get them over the gain line with ball in hand.

After an impressive performance in #RSAvNAM, the @mastercard Player of the Match was Lood de Jager for @springboks

Jordan Taufua (Leicester Tigers): It is not a surprise that the big-name forward additions have come from teams that desperately need them. Leicester were another side to have concerns up front last season, particularly in the back-row, and the signing of Taufua will go some way towards rectifying that. Although Ellis Genge, Tom Youngs and Dan Cole form a potentially destructive front-row, they have struggled for ball-carriers in the back five of the scrum and the 27-year-old has been brought in to try and give them go-forward in the loose. The flanker, who can also play at number eight, was an integral part of the Crusaders team that won three Super Rugby titles in succession and he will provide plenty of power with ball in hand. If Taufua can help the Tigers win that gain line battle then they will improve significantly from last season’s 11th place finish.

Nathan Hughes (Bristol): The wealthy West Country outfit have not brought in too many big names ahead of this season, but they made an exception for the gargantuan England international. Hughes was discarded by Eddie Jones for the Rugby World Cup but that will only benefit the Bristolians, who will expect the number eight to make an impact in 2019/20. With the Fijian-born back-row wanting to prove a point to Jones, the 20st forward could well be an excellent signing for Pat Lam’s men. They impressed in their first season back in England’s top domestic competition and will look to go better in 2019/20 and potentially challenge for the top-four. Hughes will of course attempt to dominate the gain line and give Bristol go-forward, but he is also adept at the breakdown and reads the game well around the fringes.

Elliot Daly (Saracens): Like Hughes, the talented back is another player to jump ship from Wasps and will add plenty of ability to Saracens’ ranks. The only question is where the 27-year-old is going to play for the defending Premiership and European champions. At centre, the Londoners have a plethora of outstanding options, while at full-back – his place at international level – is taken up by Wales representative Liam Williams and the excellent Alex Goode. With Goode in superb form last season, Williams was often shifted to the wing and you wonder whether that is where Daly is heading. Again, he has competition, with Alex Lewington and Sean Maitland both top-quality performers for Sarries, but it is a position in which they are slightly weaker. Daly’s skill set is useful across the backline but his ability to off-load, combined with his obvious pace and footwork, will give Saracens something slightly different in the wider channels.

Waisake Naholo (London Irish): Irish have certainly invested heavily ahead of their Premiership return and Naholo is one of their star additions. Australian internationals Adam Coleman, Curtis Rona and Sekope Kepu have also joined, while Irishman Sean O’Brien is another big-name signing, but we’ve decided to take a closer look at the former All Blacks wing, who will need to re-find his form if the Exiles are to thrive in England’s top-tier. At one stage, the ex-Highlanders man was one of the best back three players in the world and 12 months ago was nailed on for a place in New Zealand’s World Cup squad, but he has slipped down the pecking order. It has been a poor year for Naholo but, should the wing fire, then London Irish will have the potency they need to stave off any relegation worries.

He's back!!! Waisake Naholo has been named to start for the @Highlanders against @THESTORMERS this weekend. Will we see more of this?

Stuart Hogg (Exeter Chiefs): Santiago Cordero, who shone for Exeter last season, may have ventured elsewhere, but Hogg’s addition has made up for the disappointment of losing the talented Argentine. The Scotsman has headed back early from the World Cup following their exit and that will provide a boost for the Chiefs, who will want to see an immediate return on their investment, especially in the Champions Cup. Rob Baxter’s men have faltered in Europe, reaching just one quarter-final, and the director of rugby will hope that the Scottish full-back gives them that extra bit of quality when that competition starts in November. With Jack Nowell, Alex Cuthbert and Olly Woodburn also options in that back three, the 2017 Premiership winners have plenty of attacking prowess in the wider channels.