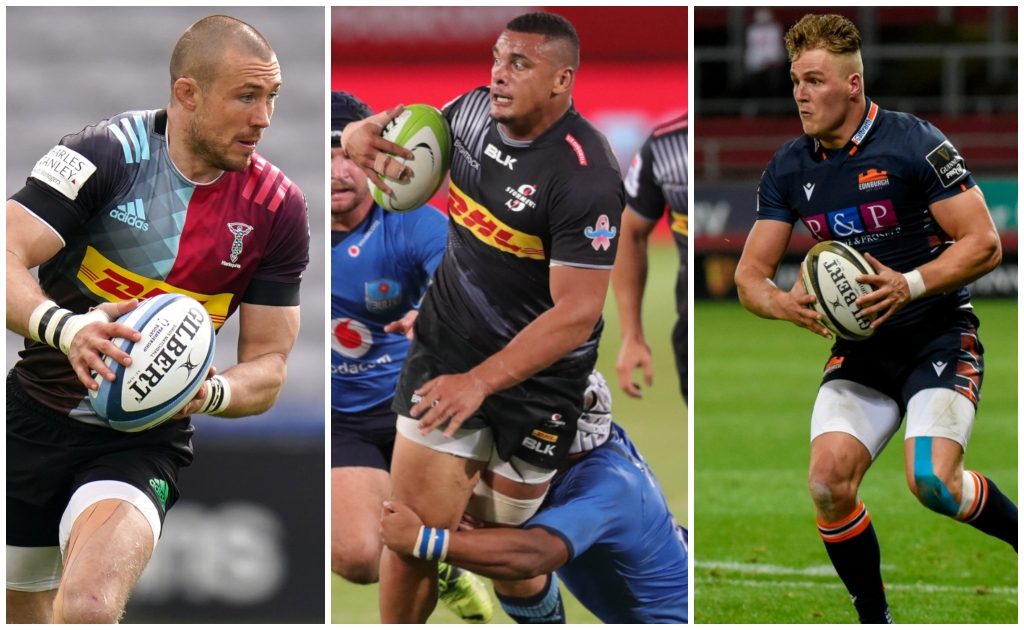 Ahead of the start of the 2021/22 Premiership season, we take a look at some of the big name additions in the top tier of the English club game.

Signed as a replacement for Danny Cipriani, who left in the early part of the 2020/21 campaign before joining Bath, Hastings will add creativity and guile to the Gloucester backline. Very much in the mould of Cipriani, the former Glasgow Warriors fly-half likes to attack the line and often does the unexpected.

The Cherry and Whites struggled for most of the previous season and some of that was down to the disruption of Cipriani’s departure. It left them with the comparatively inexperienced Lloyd Evans to pick up the pieces before youngster George Barton took the reins when Evans got injured. It meant they struggled for direction but Hastings should add that control and creativity, while the other two will prove very useful back-ups.

Since taking charge, director of rugby Steve Borthwick has sought to bolster a pack which became a shadow of its former self. Some of it was down to coaching and intent but most of it was because they lacked the personnel. There has duly been a huge recruitment drive to improve the quality of their forward eight and Van Staden is the latest superb addition to their squad.

The former Bulls player will complement the power of Hanro Liebenberg and Jasper Wiese via his ability to attack the breakdown and win turnovers. Although they already have the excellent Cyle Brink and Tommy Reffell, the former is injury prone while the latter is still finding his feet at this level. It means that Van Staden will add both depth and quality to a pack that continues to improve under Borthwick.

Few ever thought that Brown would play for anyone other than Harlequins but, after 16 years at the Londoners, the full-back decided to sign for Newcastle. The move was rather forced on the 35-year-old, who was told in 2020 that his contract wouldn’t be renewed, which led to his former boss at Quins, Dean Richards, convincing him to move up to the north east.

The full-back showed last season that, despite his advancing years, he is still playing at a very high level. In the end, his form was such that Quins had to offer him a new deal, but he had already accepted the Falcons’ offer and the Premiership strugglers will benefit from Brown’s experience. He is solid at the back and will always be a threat on the counter-attack.

One of the most intriguing moves saw the powerful number eight swap Cape Town for the Midlands after agreeing a deal with the Saints. A star at age-grade level, where he won the Player of the Tournament award at the World Rugby U20 Championship, that form hasn’t quite translated into senior rugby. However, we fancy Augustus to make a huge impression with Northampton and will fit perfectly into how they play.

The obvious facet which will aid Chris Boyd’s men is his sheer size, something the Midlanders lacked in the back-row last season, but he also offers much more than that. Augustus has a good skill set and is potent at the breakdown, where he will combine well with the likes of outstanding fetchers Teimana Harrison and Lewis Ludlam. All in all, the ex-Stormers man will just provide some much-needed balance in the back-row.

The former All Black, who was once again heralded as the next great thing in New Zealand rugby following a stunning try against Argentina, is arguably the most exciting addition to the Premiership this season. Fifita is just an incredible athlete that can sprint as fast as a wing and also knock players out of the way with his sheer power.

He can play either lock or flanker and is an impressive signing for a Wasps team that struggled last season. It was a disappointing campaign for the Coventry-based outfit in 2020/21 after reaching the final the season before, but Fifita can help them get back into the top-four. Irrespective of when Jack Willis returns, following his awful injury suffered in the Six Nations earlier this year, they will have a fearsome back-row.

It is fair to say that Worcester sent shockwaves around the UK’s rugby landscape after announcing the signing of Scotland’s latest star. Why Worcester? Why go from Edinburgh to the bottom of the Premiership? Those were some of the questions that were asked but, whatever the reasons for the move, Worcester have brought in one of the most dangerous backs in Europe.

Van der Merwe perhaps didn’t have the greatest Test series with the British and Irish Lions but, when the wing actually received the ball, he showed glimpses of his quality. Bryce Heem was one of the Warriors’ best players over recent times and the Scottish back three player will offer something similar. He is big, powerful – forcing defenders to consistently fall off tackles – and will cause havoc if Worcester can give him front foot ball.

That is where Sutherland no doubt comes in. The Warriors’ second big name arrival – and Edinburgh’s second big name departure – came in the form of the British and Irish Lions loosehead. After a career-threatening injury back in 2016, the prop has done superbly well to come back and become one of the premier forwards in Europe.

Sutherland struggled on the Lions tour but for Scotland he has proven himself to be an excellent scrummager and a ubiquitous presence in the loose. He is a good athlete and carries well with ball in hand, which will help Worcester lay a strong platform up front. Unfortunately for the Midlands outfit, the Scotsman’s arrival has coincided with the departure of one of the league’s best tightheads, Nick Schonert, but nonetheless Sutherland is a hugely valuable addition.