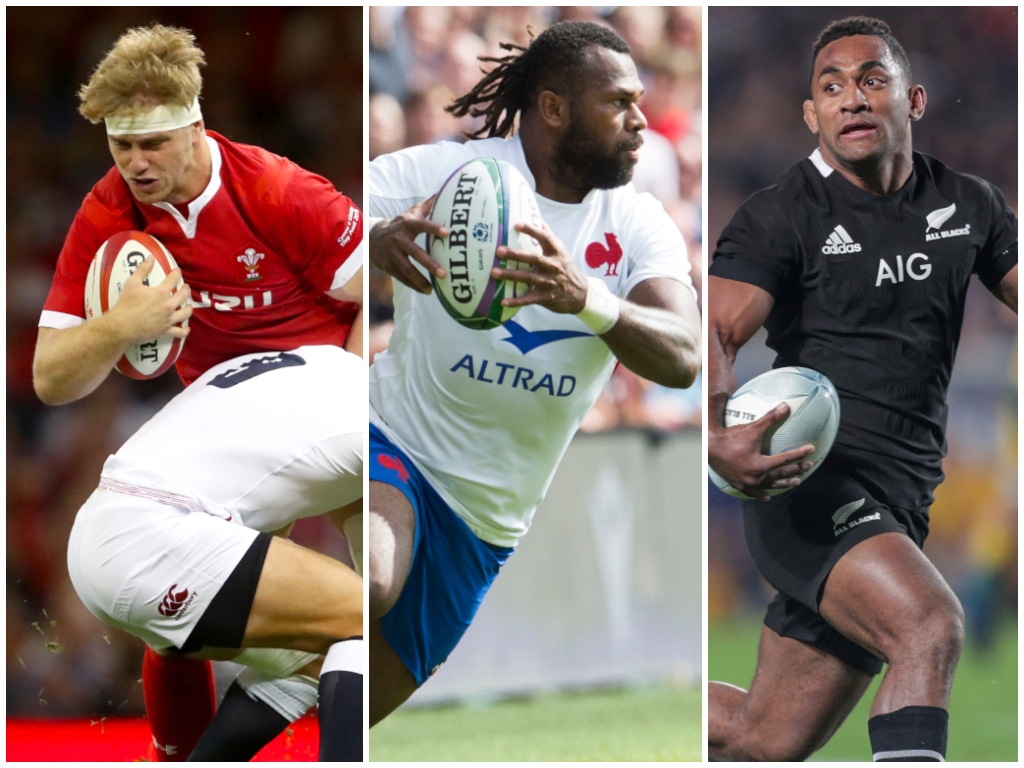 Ahead of the World Cup, we look at seven relative newcomers to the Test arena who are set to star in the upcoming global tournament in Japan.

Players like England’s Joe Cokanasiga and Tom Curry were in the running but they have already established themselves on a grand stage, while Scotland’s Darcy Graham is unlucky to miss out with the presence of Sean Maitland, Tommy Seymour and Blair Kinghorn potentially limiting his game time in Japan.

Gregory Alldritt (France): One of Les Bleus’ big finds over the past year, the La Rochelle back-row was excellent for the national team in the Six Nations before dominating against Scotland in their opening World Cup warm-up. Comfortable at either flanker or number eight, Alldritt has all the attributes to be a star at the upcoming World Cup. He is an outstanding athlete and, as a result, is an incredibly dynamic call-carrier. With the experienced Louis Picamoles also providing that ballast in the back-row, Jacques Brunel has several impressive options going into Japan.

Guram Gogichashvili (Georgia): The latest in a long line of outstanding props to come through the Georgian system, Gogichashvili looks set to anchor the national team’s scrum for years to come. They obviously do not lack options in the front-row but the Racing 92 man is arguably the most talented, with him effective in both the loose and the tight. He still has plenty to learn but the 21-year-old had a fine campaign in the Top 14 and Champions Cup, and produced some dominant performances for the Parisians, as Ulster will attest to. Excellent in the set-piece, powerful with ball in hand and adept at the contact area, Gogichashvili is certainly a young player to watch in Japan.

Viliame Mata (Fiji): Is older than the other players on this list, but doesn’t have the global recognition his talent deserves. Until this tournament starts at least. In 2016, Edinburgh made the astute move to bring Mata over from Fiji’s Sevens side, where he had starred for three years, and he has helped the Scottish outfit become one of the top teams in the PRO14. Particularly over the past two seasons, Mata has developed into an outstanding number eight. He actually made his Test debut two years ago but, such is the scheduling of the tier two sides and the fact they don’t regularly face the likes of New Zealand, South Africa, England, Ireland etc. this is where the powerhouse back-row will truly get a chance to shine.

what a sensational offload from one of our Flying Fijian powering No.8 Viliame Mata. pic.twitter.com/jyAS4lw4jL

Jake Polledri (Italy): One player that got away from England and no doubt Conor O’Shea will be thankful to have this powerhouse flanker in his back-row. The Gloucester man has enjoyed a couple of stunning years at the Kingsholm outfit and will be a vital component of the Azzurri squad over the coming month or so. Polledri displayed his ability in Italy’s warm-up against France, scoring a stunning try which saw him power through several defenders before touching down. That strength and athleticism has been a hallmark of his play and, alongside Braam Steyn, Sebastian Negri and captain Sergio Parisse, the Six Nations side have a number of quality options in the back-row.

Alivereti Raka (France): On his efforts from a couple of years ago, the Clermont Auvergne wing would have almost certainly shone in Japan, but lengthy injuries have halted his progress. He was almost unstoppable in 2017 and scored a magnificent hat-trick against defending European champions Saracens in London, but there is an element of uncertainty for him going into the global tournament. However, he has the talent to come good. The 24-year-old has enjoyed a good preparation, scoring in France’s World Cup warm-up against Scotland, and looks lean and powerful. If he fires then Les Bleus could go deep in the competition.

Sevu Reece (New Zealand): Him and Crusaders team-mate George Bridge appear to be this season’s Nehe Milner-Skudder for the All Blacks having come into reckoning in a World Cup year. Both have enjoyed standout seasons in Super Rugby and took that form into their game against Australia, impressing as they claimed a 36-0 triumph over the Wallabies. Given Rieko Ioane’s disappointing form, both could play a significant part in Japan, but we predict Reece to particularly capture the imagination of the watching public. The 22-year-old is an explosive runner and has a nose for the try-line, which will be a danger for any opponent he comes up against.

And Sevu Reece scores his first test try for the @AllBlacks! 💪🏉 pic.twitter.com/7Pmis2vxNL

Aaron Wainwright (Wales): Remarkably, the Dragons man only picked up a rugby ball four years ago but has made rapid progress to force his way into the squad for the World Cup. Wainwright has consistently impressed the Welsh coaches and made his debut back in June 2018 before featuring in every match during the Six Nations. His appearances mainly came from the bench, though, with Warren Gatland often preferring the Josh Navidi-Justin Tipuric flanker axis. However, excellent performances in the two World Cup warm-ups against England have seen him come to the fore, so don’t be surprised if the back-rower takes his place in the XV for Wales’ key games in the global tournament.