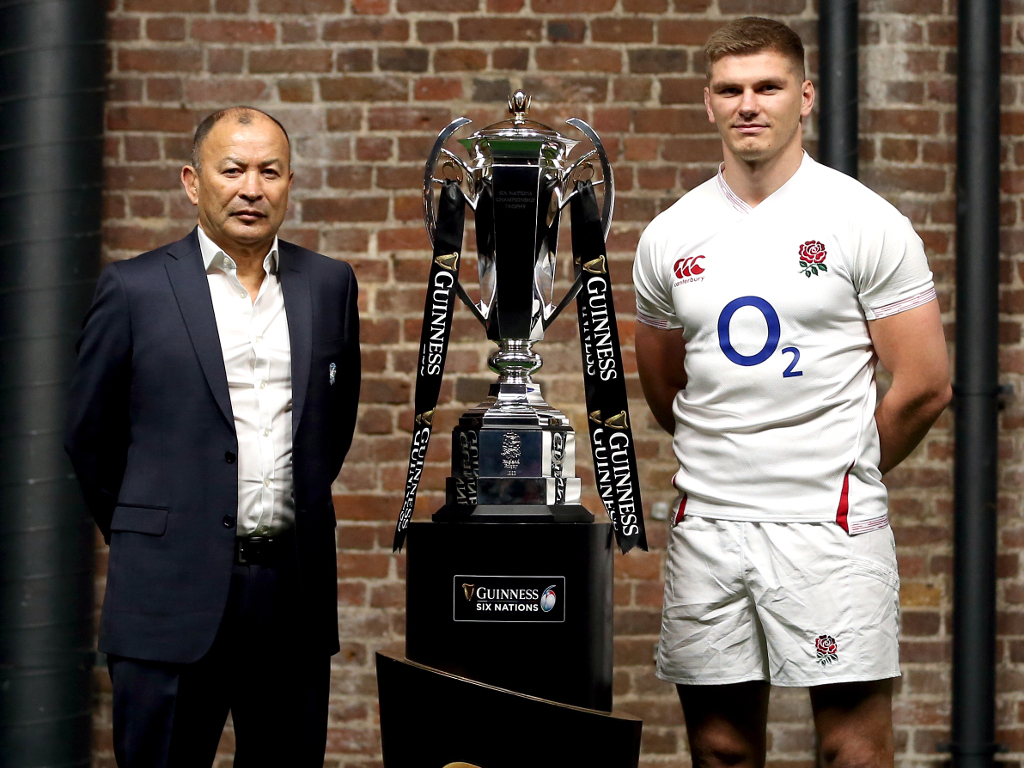 Next in our set of previews ahead of the Six Nations we examine the prospects of last year’s second place finishers, Eddie Jones’ England.

As Jones prepares for his fifth season in charge of England, he does so knowing that the last 12 months have given him more measurement of England’s rugby ability than the previous three seasons put together.

Whilst his harshest critic might say he failed by his own lofty standards in Japan, a more mature view might be that his team has moved on leaps and bounds since he took over.

Last year: 2019 started with a bang with a win on the road in Dublin, a thrashing of France at Twickenham, followed by a devastating loss in Cardiff as the home side strangled English ambition, leaving them second to Wales in the Six Nations final standings.

The World Cup too saw England put in their best performance in 17 years as they ran rings around the All Blacks in the semi-final but then capitulated without firing a shot in the biggest of all games – the final – as South Africa put a tourniquet around the Roses’ running threats.

What does this tell us? It alludes that, while England are playing an incredible brand of rugby, should they not get onto that front foot in attack then they are eminently beatable by the best sides around.

Looking back at those two crucial losses, both of their opponents used a pinpoint kicking game combined with a fiery set-piece display to nullify the English threat. To play the ambitious game England crave, with front-rows handling and back-rows supporting in wide channels, they need both territory and a stable platform.

On both occasions, England struggled to exit their own pressure zone and ended up pinned in their own half for far too much of the game. Key to both defeats was a willingness by both Wales and South Africa to use the 16th man (touchline) as their friend, kicking either for grass or for touch to then attack a lineout that, at best, had two primary jumping specialists.

The good news is that when you can identify the issues so simplistically, then improving matters shouldn’t be too hard, as long as you have the right players available.

Jones’ challenge now is to capture the good and remove the flakiness under extreme pressure. In order to achieve this, there are three areas of improvement; firstly, the lineout – the ability to attack your opponent is based upon numerical mismatches. When England only have their two locks as primary targets, playing sides like the Boks with five jumpers allows their opponents to man mark and to throw up defenders both in front of the target and behind, meaning that anything other than pinpoint execution will result in a steal.

🗣️ "We cannot change what happened in the final." #GuinnessSixNations

Secondly, looking at an exit strategy that relieves pressure is crucial. Swapping your fly-halves around by rotation doesn’t aid with clarity and there has to be some other options considered than endless box kicking or route one drive and set. Crucial to this is not coaching by instruction but allowing the players to make the rugby decisions themselves. The slavish adherence to their two main exit strategies was concerning and alludes to a lack of empowerment in thinking. It’s also worth pointing out as a secondary concern that getting the chasing wings a little higher in defence may well aid the chasing of the kick option.

Thirdly, while scrummaging and set-piece have always been the foundation of any great England side, Jones has tried desperately to create a hitherto unseen level of mobility in his pack – from front-row to back-row. The use of the incredible talents of Sam Underhill and Tom Curry aids this ambition, but when you come across sides like South Africa with flankers of 120kgs pushing their props, simple physics tells you that the weight differential is hard to overcome. In short, he needs to find some big lumps.

This year: With three games on the road and two at fortress Twickenham, (followed by a summer tour to Japan), a Grand Slam would be a bonus rather than a given. Therefore, the expectation might be slightly less than usual, giving Jones some time just to tweak positional imbalances. He should work on the notion that if a player is too old in 2023 then he should not be picking him in 2020. Build for the pinnacle of the game should be his mantra.

England need to settle their half-backs and develop a new talent at scrum-half. Ben Youngs’ and Willi Heinz’s ages count against them and they are doing a holding job until the next wave of talent comes through. The fly-half conundrum isn’t helped by the absence of Henry Slade in midfield, meaning that England’s likely combination for Paris will be George Ford, Owen Farrell (12) and Manu Tuilagi. The long term solution may be Farrell, it might be someone younger like Jacob Umaga or Marcus Smith, but whichever way you slice it, England cannot continue to have change by rote at 10.

In addition to this Jones needs to balance the pack. With Curry developing as a lineout option, the absence of the injured Billy Vunipola will allow the coach to experiment with back-row balance. His choices at eight seem to be to develop the likes of Ben Earl as a newcomer or to develop Curry in that position alongside Underhill at openside, with one of Courtney Lawes or Maro Itoje on the blindside flank. In addition, he needs carefully to balance set-piece ability with mobility and he’ll be searching for scrummaging props and big units like Alex Moon in the second-row. Above all, England need a secure lineout and that means finding another jumper.

Key players: With the aforementioned Vunipola out, Tom Curry needs to rise to the challenge of being the senior back-rower. As noted, he may well switch to eight for the opening game and his physicality and ball handling will be tested. Kyle Sinckler too needs to forget his disappointment and get back to the dizzy heights of his all-round displays in 2018/19, as frankly, since he’s returned, he’s looked disinterested and a shadow of the player of three months ago. Owen Farrell‘s role is yet to be defined – 10 or 12? Whichever it is, Farrell needs to commit to owning that shirt for the whole campaign to create continuity of thinking within midfield.

🗣️ "He has stayed loyal to the style that he's developed all along."

Players to watch: For the last three seasons, Jamie George’s mobility has earned him the berth as first-choice hooker, but many believe Luke Cowan-Dickie to be a better scrummager and more physical force around the pitch. Ben Earl offers incredible pace and carrying ability in the back-row but is he going to offer the lineout balance England need? He certainly deserves his chance and it’s certain he will be pushed by the exceptional Warrior Ted Hill and, perhaps later in the season, the mighty Quin (although not in this squad) Alex Dombrandt.

Lastly, in the backs, George Furbank has been compelling as part of Northampton Saints’ resurgence, offering pace and physicality in abundance. England haven’t looked secure at full-back since Mike Brown left the scene and the 15 shirt is up for grabs.

Prospects: England’s fixture list is full of banana skins and it’s really hard to predict how much change will disrupt the World Cup silver medallists.

France away is huge; Les Bleus have a serious backroom team coaching some incredible young players. The threat of their back division is terrifying, with world-class players from nine to 14 all wanting to avenge their unfortunate World Cup exit. For England to win they need to shore up that set-piece and get a platform to attack early.

A six-day turnaround might leave England leg weary for Scotland at Murrayfield, followed by the titanic clash of Wales at Twickenham. Both are equally hard to call, with those opponents more settled in selection than England. In fact, it’s rather bizarre to think that the one banker England have in the tournament is Ireland at home, which alludes to the level of competition in this season’s Championship. Italy away should be a given, with the small caveat that it’s likely to be the farewell party of the greatest Italian to wear the blue shirt, Sergio Parisse, and boy oh boy will he want to say goodbye in style.

If England manage three from five, that will be par; anything else is a bonus and the success of their campaign will be more about the style they play than the actual results. It’s easy to say that they’re the World Cup runners-up, but this is a new team, a new year and it’s clear that England need to tweak things to continue their success.

Should they get it right, however, then the Red Rose have an incredibly talented squad and, in a competition where there is uncertainty surrounding the majority of the teams, Jones’ men may just have enough to claim their first title since 2017. First place.