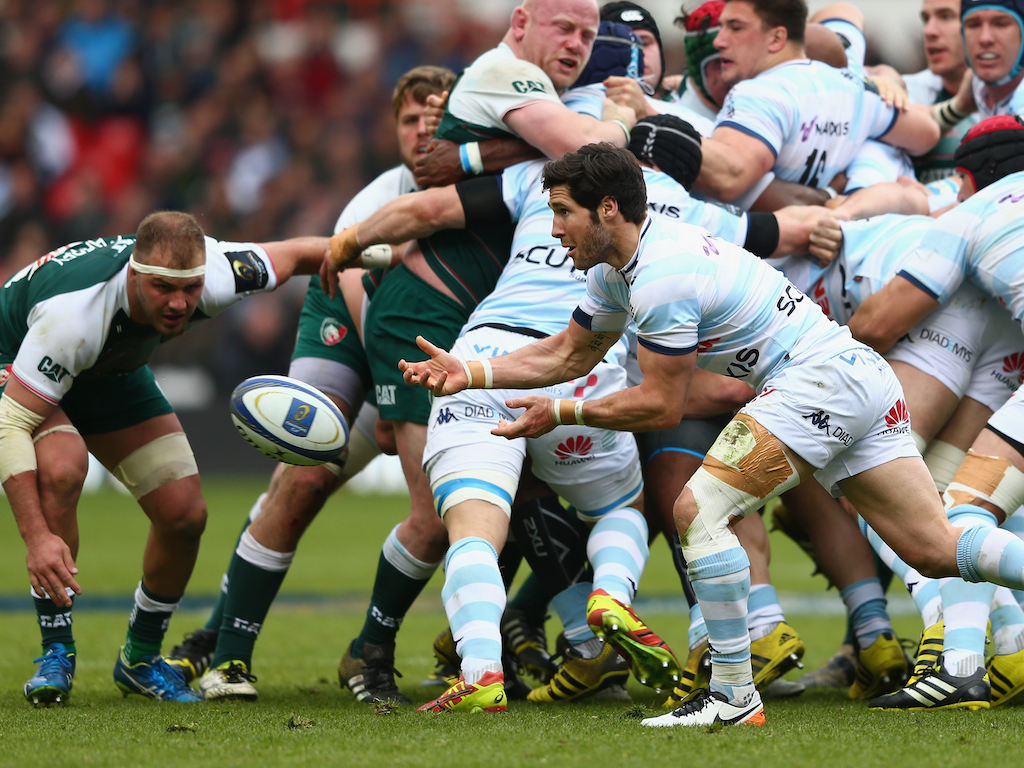 Racing 92 got the better of an error-ridden Leicester Tigers side on Sunday, winning 19-16 to set up a Champions Cup final against Saracens.

Tigers were a shadow of the side that beat Stade Français in their quarter-final as solid defence from the visitors proved key in Nottingham.

Only one try was scored by Racing and that came in the second minute via Maxime Machenaud, with the boots of Dan Carter and Johan Goosen sealing victory for the Paris side, who now progress to the final in Lyon on May 14.

Tigers did manage to cross for a try through Telusa Veainu but it came too late in a disappointing effort from Richard Cockerill's charges.

Both sides knew ahead of this one that should they progress, only Saracens stood in their way. For Leicester Tigers, they were searching for a third European Cup and a first final since 2009, but they didn't start well at all.

In their first meeting in European competitions, it was the French heavyweights who dominated the first 40 and had a lead at the break.

Held just half an hour from Welford Road at Nottingham's City Ground, the sizable Tigers support were quietened after just two minutes thanks to the first try of the game. Machenaud went over for it, but it came thanks to Joe Rokocoko bouncing off two earlier challenges before feeding his captain. Carter kicked through from in front to add the extras.

Goosen then missed a tough penalty for Racing 92 from distance, shanking a kick not too far wide of the posts, but the start belonged to his side as they blew Tigers away. Carter soon added three more from closer range on the 20 minute mark, taking his side to double figures.

But Tigers did eventually get themselves into this tie late in the first-half. The ever reliable Freddie Burns was at the forefront of the steady comeback, kicking Tigers onto the scoreboard with ten minutes of the first half to play.

But Cockerill's men were dealt a major blow when Burns was forced off after picking up a knock minutes after that kick. Owen Williams stepped into his boots though and slotted his first attempt through to close the gap down to four points.

Carter was on hand to restore it though with another penalty before the break, as Racing 92 went in 13-6 ahead.

Leicester were much improved in the first ten minutes of the second-half though, a far cry to their opening ten of the first.

Williams kicked another three through to narrow the gap back to four and upped the ante again.

But New Zealand legend Carter continued to help Racing tick along after Nigel Owens penalised Leicester at the scrum.

The Tigers were unsurprisingly pushing for a way back into the game and as the half wore on, they steadily threw more and more at Racing, who disposed of Toulon in their quarter-final.

But they almost saw the tie slip right away. Rokocoko spread out to the right-hand side before finding Goosen who worked his way through the Tigers defence and over the line. But play was brought back for a forward pass, halting celebrations and giving the Premiership side a major lifeline.

Leicester went up the other end and put the pressure back on, getting themselves metres from the try line. But despite a strong second-half, attacks seemed to falter at the crucial moment – and that is what happened again. Williams' knock-on with the try-line begging summed up the lack of finishing power Tigers had, having been largely in control since the break.

And it was those mistakes in front of the line that hurt Tigers dearly, and it cost them a spot in what could have been an all-English final.

Veainu was then penalised for holding up Juan Imhoff. That allowed Goosen to kick directly through and stretch the gap to ten points. With less than ten minutes to play, that looked uncatchable.

Tigers gave it a good go though and grabbed their first try in the 78th minute. Peter Betham found Adam Thompstone whose inside ball to Veainu saw the Tonga international go over. The extras went through, but it wasn't enough as after a superb restart from Carter the visiting defence smothered Betham, won possession and finished the game, putting themselves into their first European final and 80 minutes from glory at the same time.