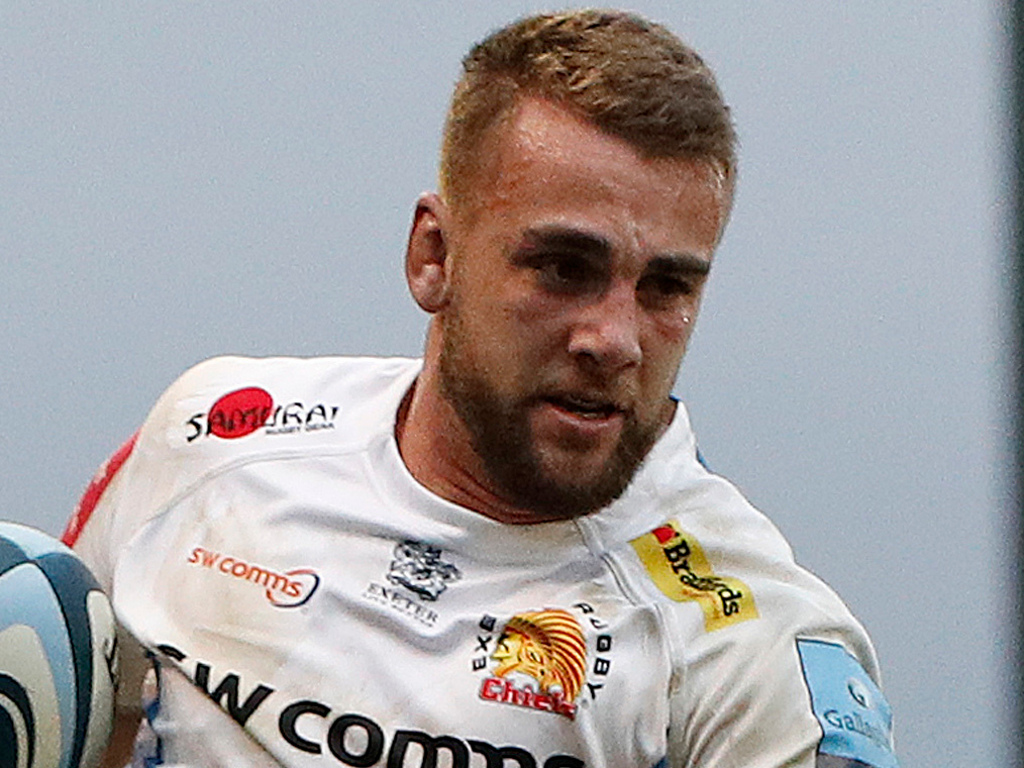 Second-row forward Sean Lonsdale has joined a growing list of Exeter Chiefs players to put pen to paper on new terms with the Premiership leaders.

Signed in 2016 from Welsh outfit, RGC 1404, the 22-year-old enjoyed loan spells with Taunton and Plymouth Albion before making his Chiefs debut in an Anglo-Welsh Cup tie away to Worcester Warriors in January 2018. Since then, Lonsdale has made 31 appearances for the Devon club, scoring three tries in the process.

News that the talented young forward is hanging about is another huge positive for Rob Baxter, the Chiefss director of rugby, who has now got the majority of this season’s squad all on board for the 2020/21 campaign.

“Sean is one of those stories you really like, rugby-wise,” said Baxter. “He kind of came as an academy player, although he didn’t actually come through our academy. He took a chance by leaving Wales and investing in that change of rugby environment.

“He came to us and bought into what we wanted to do, almost as an academy player. He’s done his time, so to speak, and has comes through a revered time and played in some big games for us.

“He’s still young, getting involved in games now, and he’s got that ability to play right across the back five, which has made him a really valuable member of the 23 on numerous occasions. It’s one of those things you like to talk about as a success story, in a way, as a young player who has come here and worked hard and is reaping the rewards almost week by week.

“He’s never let us down and he’s improving all the time. As well as all the important games he’s played in, myself and Rob Hunter [forwards coach] can still see that good element of development in him.”

With competition for a role with the Chiefs match-day 23 always intense, Lonsdale is aware he may need to bide his time on occasions.

🗣️ "The opportunity to challenge myself at Bristol is one that excites me and it’s clear from the outside that it’s a club moving in a really positive direction." #GallagherPrem

However, Baxter says the player – often referred to as a ‘silent assassin’ by the club’s coaching staff – can continue to make real strides moving forward.

Indeed, Baxter believes Lonsdale can act as the perfect role model for how far a young player can potentially go, providing they are willing to listen, train hard and make the most of opportunities afforded to them.

“When you look at young players, they can make it easy for you to invest in them and that’s what Sean did,” added Baxter.

“He wasn’t expecting the world initially, he knew the first period of being a young player is to invest in yourself and sometimes that means being like an academy player for a couple of years, understanding that you’ve got some hard work to do and some experience to gain.

“That’s what I think Sean has done really well – and he’s continually shown that level of improvement which means it is worth continually investing in someone.

“That’s why I like to turn a lot of the credit to the players, because some can make it hard. They want the world immediately – and there’s nothing wrong with that – but these days, particularly in professional sport, you’ve got to have a decent bit of time investing in yourself.

“If I’m honest, I think Sean is only really becoming comfortable in the surroundings of the first team now, and that will show over time, he will become more influential and a more important player over time. He’s one of those players where you get to the end of a game and you watch his play back and see a lot of good things happen.

“You want to be in a scenario where you’re working with young players and they’re good enough to play for you, but you can still see improvements coming, and that’s where we are with Sean.”