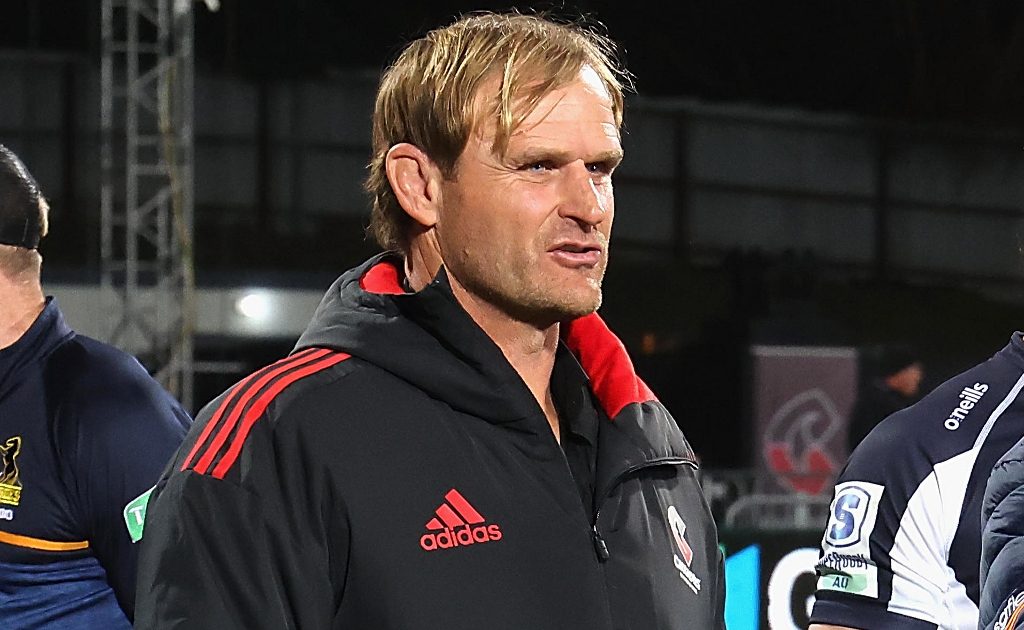 Despite retaining their unbeaten status in Super Rugby Trans-Tasman with a 29-21 victory over the Western Force on Friday, Crusaders coach Scott Robertson believes their inability to secure a bonus point could come back to haunt his team later in the tournament.

The home side were leading 29-14 late on in Christchurch but the Force finished strongly and were rewarded with a late try from Jordan Olowofela which denied Robertson’s men that crucial bonus point.

One point behind the Blues

That leaves the Crusaders one point adrift of the table-topping Blues with one round of matches to be played next weekend, ahead of the final on June 19.

“The boys will be disappointed,” Robertson told TVNZ. “We were here to do one job, to get the win plus the bonus.

“It wasn’t our finest performance. We wanted to be really disciplined and we weren’t in a lot of areas.

“Well done to the Force. They came here and put some effort in and showed what it takes to put us under pressure.”

He admitted that a place in the final could be determined by bonus points.

“That could be the comp,” Robertson said. “Pretty quickly, it can change.

“We knew it was going to be a points race just as much as a normal competition… it’s not top four, it’s top two, and it’s just how many you can mount up.

“A little bit out of our hands now. We’ll be watching, just like everyone else.”

The way the Crusaders were denied their bonus point stung Robertson too with the Force winning a turnover close to the halfway line before Domingo Miotti launched a cross-field kick which Olowofela gathered before crossing the whitewash.

“We were calling from the box, get back there Joshy [McKay], or whoever it was,” said Robertson.

“Just get back there and cover the back field. They just saw space and took it.

“We defended so doggedly for long periods of time and then that quick turnover and bang, that was it.

“It was a great turnover and obviously they stayed in the fight. But we could’ve been better with our game management.”

The Crusaders’ next game is away against the Rebels next weekend. They should win that match but to reach the final, they’ll need either the Force to beat the Blues or for the Brumbies or Reds to get the better of the Hurricanes.

Robertson is confident that could happen although Australian teams have only won only one match against New Zealand opposition so far this year.

“They’re good quality teams and anything can happen on the night, but we just would’ve liked to have kept it in our hands,” he added.