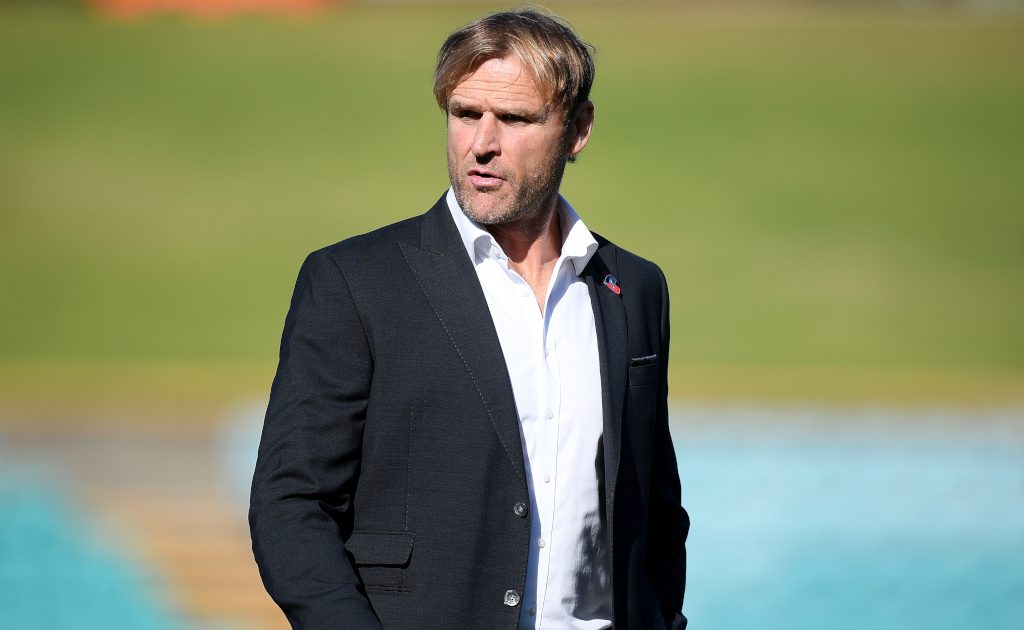 Scott Robertson may have missed out on the All Blacks job once again but it won’t affect his desire and passion at the Crusaders next season, according to the Christchurch-based franchise’s CEO Colin Mansbridge.

Despite an inauspicious start as New Zealand head coach, which included defeats to Australia and Argentina, Ian Foster did enough to convince the NZR hierarchy.

Foster has signed a new deal, keeping him as boss of the national side until the end of the 2023 World Cup in France.

Robertson led the Crusaders to five successive Super Rugby titles and was in the running to replace Steve Hansen following the 2019 global tournament.

New Zealand went with what they knew, however, naming Hansen’s assistant as the head honcho on an initial two-year contract before that was extended on Tuesday.

It is another setback for the talented ‘Saders boss, who on several occasions has openly expressed a desire to lead the national team.

Although Robertson has had offers overseas, the 47-year-old will remain with the Christchurch outfit where he is preparing for the 2022 campaign.

“The funny thing is we spend most of the time talking about the development programme and the young Crusaders that are coming through,” Mansbridge told Stuff.

“It feels like he is very, very focused on this environment and the campaign next year.”

Despite being beaten to the position of All Blacks head coach, there will be no animosity from Robertson towards Foster, according to the Crusaders CEO.

“I won’t speak for Razor but I suspect he is probably going to give Fozzie all the support he deserves,” Mansbridge said.

“But he loves this place and we love him. It is good for us.”

Most people would let that disappointment linger but not Robertson, with Mansbridge expecting the inspirational Crusaders head coach to maintain his enthusiasm into next season.

“He has got this eternally optimistic mindset, so he just stops and then looks for the positives and gets stuck into it,” he added. “I think his planning beforehand acknowledged this could happen.”