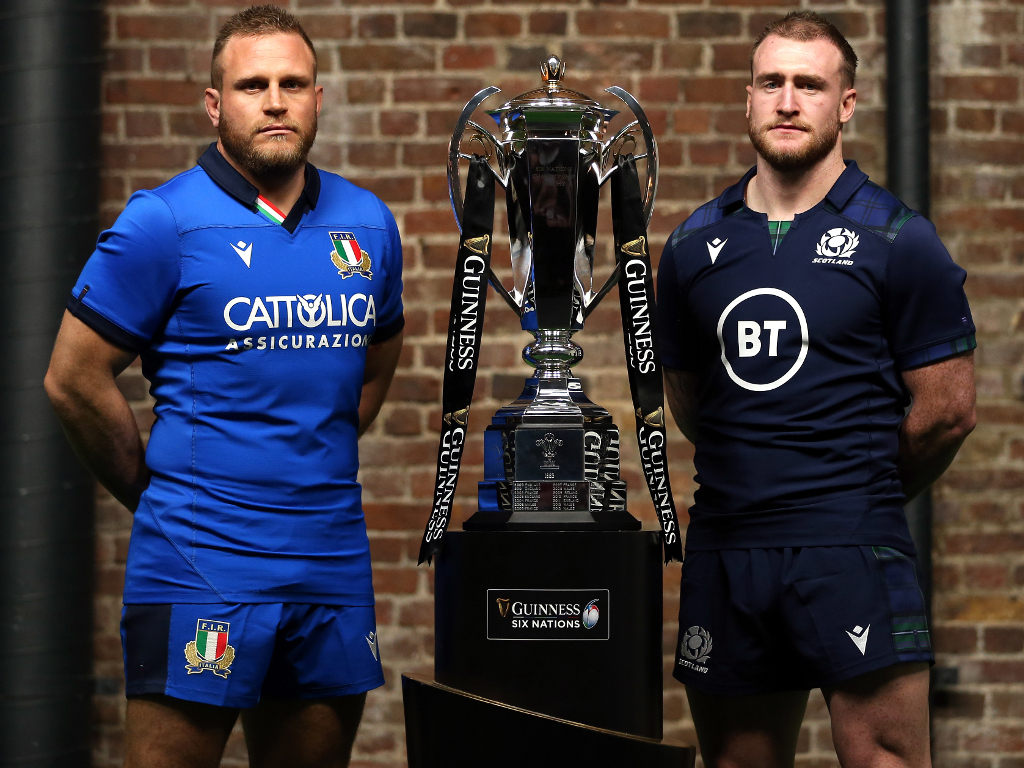 There should be plenty of thrilling action and drama when a desperate Italy side host Scotland in their Six Nations Test in Rome on Saturday.

Italy’s desperation stems from their poor form in this competition in recent years. They head into the fixture on a 24-match losing streak, which is the worst winless run in the history of a tournament that started in 1883 as the Home Nations Championship.

The Azzurri’s struggles in the Championship stretch back over numerous seasons with their last victory registered on February 28, 2015 when they secured a narrow 22-19 win over this weekend’s opponents, Scotland, at Murrayfield.

Since then their Six Nations fortunes have followed a downward trajectory although they will take confidence from their previous encounter against Scotland at the same venue in Rome when only a Greig Laidlaw penalty in the game’s last minute secured the visitors a dramatic 29-27 victory.

Italy’s 2020 campaign started on a sour note when they were beaten 42-0 by defending champions Wales in their tournament opener in Cardiff.

Although that loss was a major setback, the Azzurri gave a much better account of themselves in their Round Two match against France in Paris. They suffered another defeat (35-22), but there were encouraging signs as they came to the fore with an entertaining display and were rewarded with three well-taken tries.

That result has lifted the spirits in Italy’s camp and their head coach, Franco Smith, believes his side can deliver an even better performance against the Scots.

“We showed improvements against France,” he said at his team announcement on Thursday.

“We want to give a big performance in front of our fans at the Stadio Olimpico and show everyone our game, and our true potential.”

Scotland, meanwhile, are also in the midst of a slump in the Six Nations as they are currently on a six-match winless run in the tournament, with their last victory registered in the opening round of the 2019 competition when they beat Italy 33-20 at Murrayfield. Since then, Gregor Townsend’s charges have lost five matches and held England to a 38-38 draw during their Round Five encounter at Twickenham.

Their 2020 campaign started on a controversial note when first-choice fly-half Finn Russell left their Six Nations training camp, ahead of their Round One match against Ireland in Dublin, after a ‘breach of discipline’. It has since emerged that there has been a breakdown in the relationship between Russell and Townsend which has led to the talented playmaker not being included in subsequent squads for the Round Two defeat against England and this weekend’s match in Rome.

That Russell’s presence was missed in Scotland’s opening matches is undeniable but Townsend and the rest of his side will be determined to make a statement with a strong display against the weakest team in the competition on Saturday.

In the 20 previous Six Nations matches between these sides, Scotland have been victorious on 13 occasions with Italy winning the remaining seven games. Scotland also head into this match on a seven-match winning run against Italy but Townsend is still wary of the Azzurri.

“Italy are always a very tough opponent, especially in Rome, where we know they’ll look to play with a huge amount of energy,” he said.

“It’s a different Italy team to the one we’ve played in the past. In their opening two games of the championship, they have played with real ambition and width.

“They’ve also selected athletic ball-players who suit this strategy and are comfortable playing at a high tempo.

“We are well aware of the threats throughout their team and how their attacking game can cause problems for any defence.”

For Italy: Zebre hooker Luca Bigi was a surprising choice as Italy captain at the start of the tournament and although the Azzurri lost their first two Tests under his guidance, he has impressed in the leadership role especially in the match against Les Bleus when Italy delivered a much improved overall performance. If Italy want to end their losing streak, Bigi’s decision-making and motivational skills will have to be superb and he will also play a key role in the tight exchanges, especially the scrums and lineouts where his side can ill-afford to come off second best.

For Scotland: Scotland captain and full-back Stuart Hogg made a shaky start to the competition as a couple of blunders from him cost his team dearly in the losses to Ireland and England. In their tournament opener against Ireland at the Aviva Stadium, Hogg lost control of the ball when crossing the whitewash, and he also spilled the ball on his own tryline against England at Murrayfield. That led to a five-metre scrum for his opponents and shortly after the set-piece Ellis Genge scored the match-winning try. When on song, Hogg is one of the game’s best full-backs and he will be keen to make up for those mishaps with a polished performance in Rome.

Head-to-head: Although there are numerous interesting battles set to take place across the park, the clash between the fly-halves is a fascinating one. Both Tommaso Allan of Italy and Scotland’s Adam Hastings will be crucial players for their respective sides and whoever comes out on top in this clash is also likely to finish on the wining side. Allan has cemented his place as the Azzurri’s first-choice fly-half and there is a confident look about him as his team’s chief playmaker. Meanwhile, as Russell’s replacement, Hastings is under tremendous pressure to impress but he is a good player with an fine skill-set, who will be keen to deliver the goods in an effort to emerge from his predecessor’s shadow.

Prediction: Italy will put up a spirited fight but it will not be enough to get the better of their visitors. Scotland to win by six points.