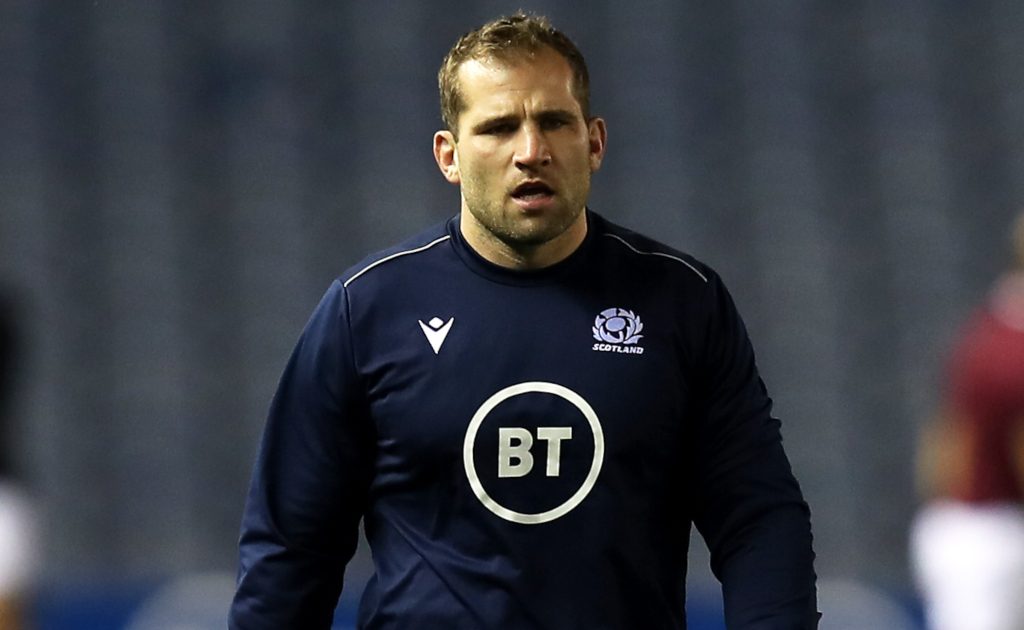 However, the hooker acknowledges that the level of competition for places in his position, allied to his own lack of recent game time, means he cannot simply expect to walk straight back into the squad.

Asked if he has an eye on the Six Nations squad announcement, Brown said: “I’ve just got an eye on this weekend’s game (for Glasgow away to Exeter). The Glasgow team is a hard one to get into at the moment.

“I’ve probably got the best-performing Scottish hooker in front of me in George Turner so if I can chase his coattails and lift my performances, it will give me a good opportunity of getting in that squad.

“In Scotland we’ve always had great hookers and just now, if you look at the depth of hooker, you’ve got George, Johnny Matthews, Rambo (Stuart McInally), Dave Cherry, Ewan Ashman and other young guys coming through. The strength in depth at hooker is incredible.

“For such a small country, the talent is quite exceptional. When you’re playing, you feel it’s a constant battle to play well and retain your position. And then when you get injured, the frustration is that that can slip away from you so quickly.

“That’s part of the challenge of being a sportsman trying to get to number one in your position. There’s a hell of a lot of chasing done to get there and then a lot of the time you can’t stay there very long through either form or injury. It’s a cycle I’ve done a few times and it’s something you just have to relish.”

Brown admits he was gutted at having to miss the Autumn Series after working so hard to get himself back into contention.

He said: “It’s always frustrating when you get injured, but even more so when you get injured and miss a big chunk of important rugby. I think after last year when I missed the Six Nations, I was just glad to be back even though I wasn’t playing anywhere near my best rugby.

“It was the same at the start of this season when I was probably searching for form a little bit too much, and I just started to find a little bit before the autumn Tests and then I got injured.

“I was just so pleased to get back out on the pitch at the weekend. I feel fit and I feel fresh. I’m enjoying my rugby and I feel like I’m in a good place.”

Crowd restrictions lifted in Scotland ahead of Six Nations

Scotland have received a boost after First Minister Nicola Sturgeon said that restrictions on crowds at outdoor sporting events will be lifted on January 17.

The news means rugby supporters can return to stadia from next Monday onwards having effectively been shut out since December 26, after a limit of 500 was imposed three weeks ago in a bid to deal with a surge of the Omicron variant of coronavirus.

In a decision driven by the Government’s “cautious optimism” over the way things have evolved since the measures were first put in place, Sturgeon gave the green light for Murrayfield to be able to hold a full house when Scotland host England and France in the Six Nations.