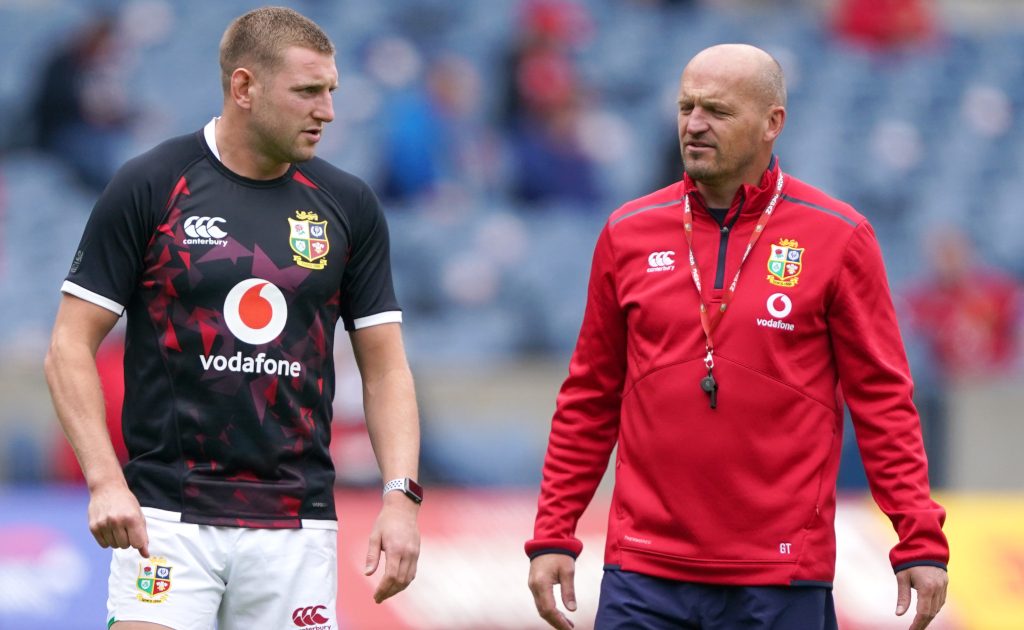 Scotland head coach Gregor Townsend hopes the players that featured for the British and Irish Lions in July and August can use that experience to benefit the rest of the squad.

The foreign-based individuals will be absent for the opener with the Pacific Islanders, due to it falling outside the international window, but will return for the following three encounters.

Seven of the Scottish Lions featured in the Test matches at various stages during the tourists’ 2-1 series defeat to the Springboks.

And Townsend insists that their participation in the tour matches and collisions with the Boks will only benefit his team.

Thrived in the environment

“They thrived in the environment. I was so proud of how well they integrated with others, the way they played and the way they trained,” said Townsend, who acted as the Lions’ attack coach.

“And how well they dealt with diversity or, in the case of Finn Russell and his injury, disappointment. They bounced back from that.

“They’ll be better for the experience and will have the confidence of having gone to South Africa and been in that company. I’m sure that will spread around the group.

“They all grew. It’s hard to say what it’s done to their form this year because three of them haven’t played yet. Hamish has been out with an injury and Zander Fagerson and Ali are only coming back this weekend. But I saw the improvement they made during the tour.

“During the tour and especially near the end of the tour, my mind was on our Scotland players and what they were getting out of it. It was always in the back of the mind – ‘will this help Scotland?’.

“That’s what I was so proud of, that our players did so well in that tour and grew as people. They trained really well and played well. That should be the biggest benefit for the national team.”

Scotland posted stirring away wins against England and France during this year’s Six Nations and Townsend is looking to strengthen the conviction that they can topple heavyweight opponents on a regular basis.

“We want to build on those very good performances that we have seen from our team,” he said.

“The major one is belief. (We) believe now that we go into games expecting to win and knowing that if we perform well, we have got the players to beat anybody. That belief has been growing through experiences like winning at Twickenham and in Paris.

“But it also comes from other experiences like the Lions tour and what the boys are doing at their clubs. Belief is what is going to drive this group over the next year or two years.”

Ali Price expects to be better for Lions experience

The Scotland international was handed an extended rest period following the tour of South Africa and both he and tighthead prop Zander Fagerson are in line for their first appearances of the season when the Warriors host Leinster this week.

Price, 28, made seven appearances on the British and Irish Lions tour, including two starts and one substitute appearance in the Tests.

“It was a brilliant experience in the summer,” he said. “On a personal level I got out of it everything that I could have wanted.

“I think how I read the game and how to manage and control a match, I took a lot away from being involved in that environment in the summer.”