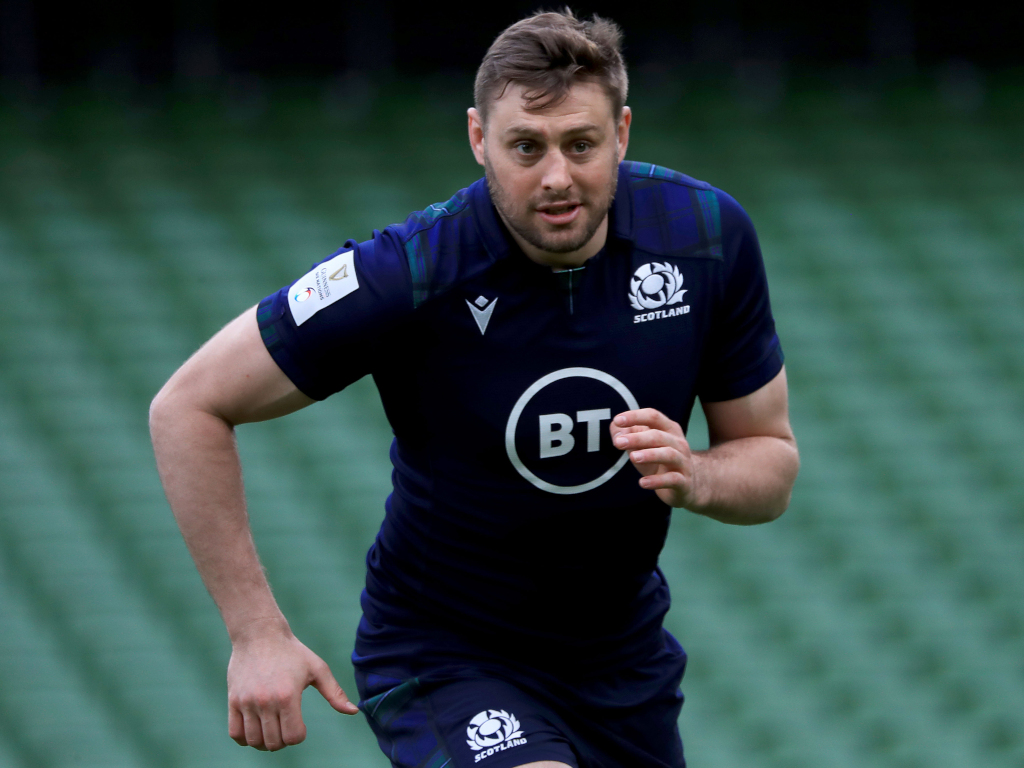 Scotland back-row forward Nick Haining, who has earned five caps for the national team, has extended his Edinburgh contract.

The 30-year-old has made 19 appearances since joining from Bristol in the summer of 2019 and made his first Scotland appearance last year.

“I’m really excited and proud to extend my contract at Edinburgh Rugby,” he said.

“I’ve settled really well in both the city and the club. Everyone was really welcoming from the get-go and I’ve formed some really solid friendships among the players.

“My partner Efia and I have really enjoyed everything Edinburgh has to offer and, with our son Henry being born, we wanted to extend our stay and raise him in a really wonderful city.

“Moving to Edinburgh was always going to be challenging in terms of getting a spot in the team with so many talented individuals in the back-row. It’s really pushed me and helped me continually develop my game and constantly improve.

“It’s fiercely competitive and that level of competition really keeps you on your toes. Having that competitive edge in training is hugely beneficial and helps us put our best performance out on the pitch.”

Haining has had a frustrating season but has been working hard to get back to full fitness.

“I’m really looking forward to being rid of these little niggles and to getting back to playing my natural game with no hindrance, string together a good run of games for Edinburgh and just enjoy playing,” he added.

Head coach Richard Cockerill said: “We’re delighted Nick has agreed to extend his time with the club. He’s had an unfortunate spell with injuries this season, but he’s shown previously, and since his return, the type of dynamism we’ve come to expect of him.”