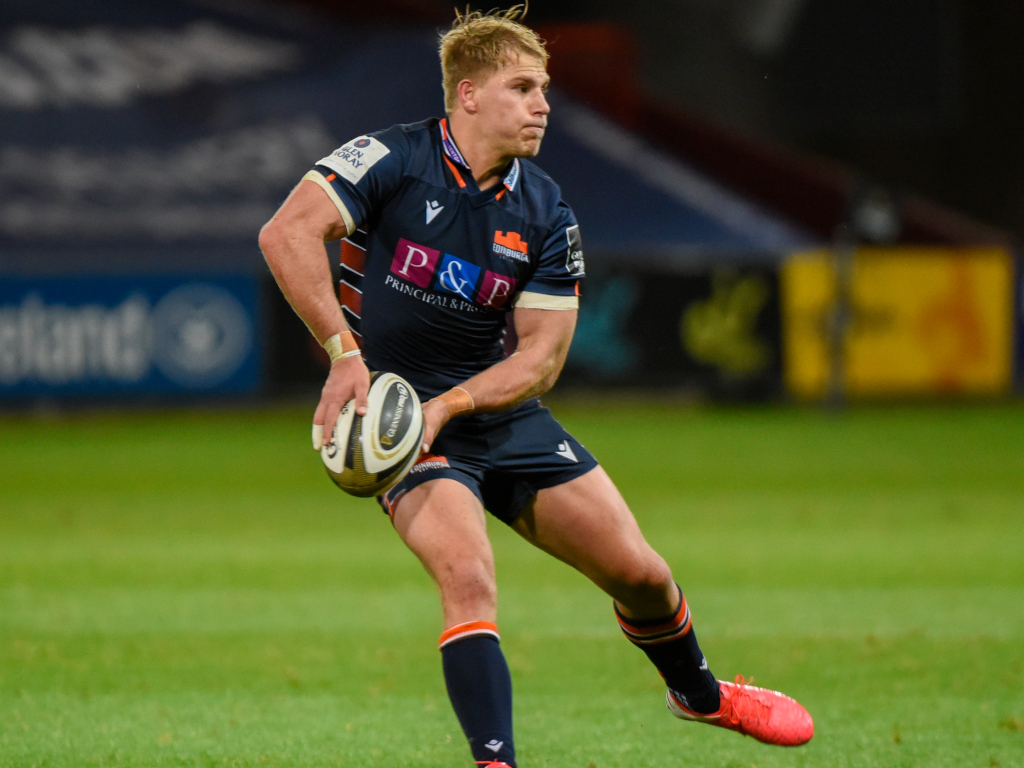 Edinburgh and Scotland fly-half Jaco van der Walt has become the latest star to re-sign with the capital club after putting pen-to-paper.

Van der Walt, 26, joins fellow internationalist Blair Kinghorn in signing an extension this week and becomes the fourth Scotland cap – and fifth overall – to commit their future to the club in the last fortnight.

The playmaker – who was named in Gregor Townsend’s squad for the forthcoming Six Nations – joined the club from Super Rugby side the Lions in November 2017 and made his debut from the bench against Cheetahs in Bloemfontein that same week.

Van der Walt grabbed his first Edinburgh try in the Challenge Cup victory over Stade Francais in January 2018 and played a pivotal role as the capital side qualified for its first-ever PRO14 Final Series in 2017/18.

The tough-tackling pivot enjoyed his most successful season to date in 2018/19 as Edinburgh reached the last eight of the Champions Cup. Van der Walt also enjoyed a personal triumph in claiming the PRO14 Golden Boot award, with a kicking accuracy of 86.84%.

Van der Walt made his international debut in the recent Autumn Nations Cup, starting at fly-half in the third-place play-off defeat to Ireland at the Aviva Stadium, having qualified for Scotland through residency in November 2020.

He made his 66th Edinburgh appearance in last Saturday’s inter-city derby against Glasgow Warriors and has notched up 373 points in his three years in the Scottish capital.

“I have fallen in love with this city. My wife and I have made it our home and we’re delighted to have committed to spending our future together in Edinburgh,” said Van der Walt.

“It’s been absolutely brilliant, and my family and the club have played a huge role in supporting my wife and I and encouraging us to chase our dreams.

“Playing here has definitely tested my game. I’ve really had to develop my skills. I still have a lot more to learn about the game and I’m excited to grow and develop those skills with Edinburgh.

“The club is in a good place and we’re building a really strong side. It’s important we continue playing the game we know, stay positive and work hard.

“For Edinburgh Rugby to have its own home ground is so important and hugely exciting for all of us – players and supporters.

“It gives us an identity and to have the fans come back to watch our games in our own home ground will be great.

“As a team, we can’t wait to have our supporters back in the stands when it’s safe to do so. We feed off their energy and can’t wait to welcome them back.”

“His attacking attributes, kicking ability, bravery in defence and overall knowledge of the game are pivotal to the way we play and he’s been a top-class operator in the number 10 jersey for the last three years.

“We were thrilled to see him make his Scotland debut at the tail end of last year. Jaco has worked incredibly hard on his game and showed he was capable of making that step up to international rugby. It meant a great deal to him and we were all really proud of his achievement.

“Jaco is a good man who takes great pride in representing Edinburgh and Scotland. It’s a huge boost to have him extend his stay here.”