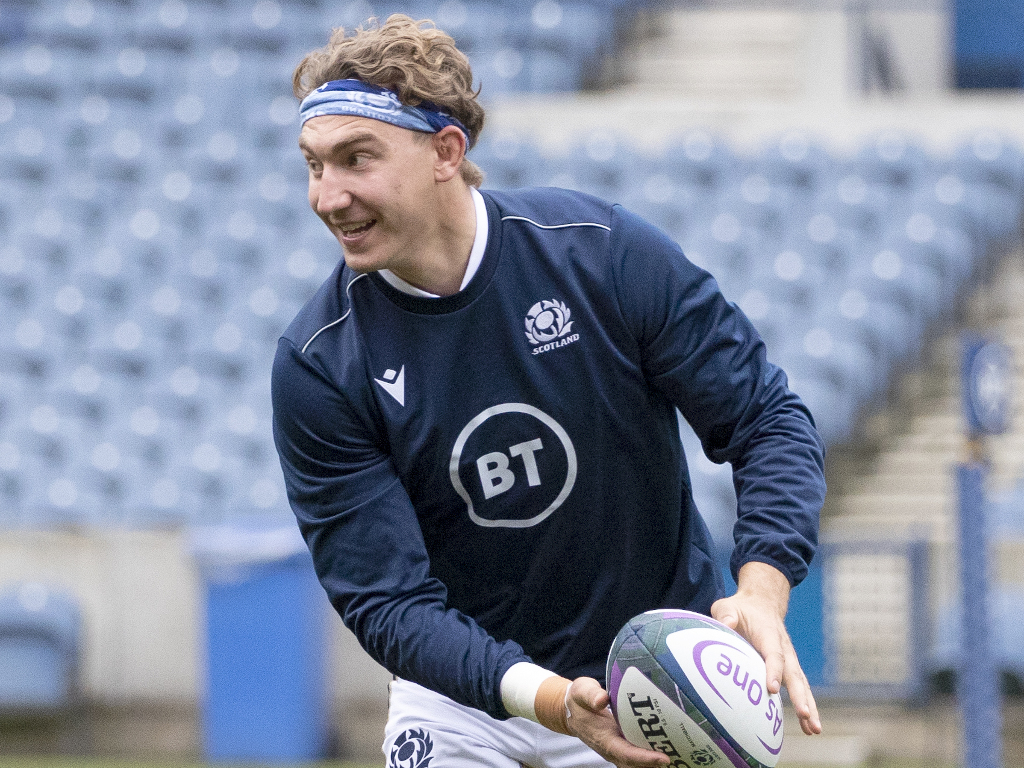 ​Scotland back-row Jamie Ritchie has committed his future to PRO14 outfit Edinburgh by signing the longest contract in the club’s history.

Ritchie has been one of the club’s most consistent, preeminent performers in recent years, having gone from strength to strength since signing his first senior deal straight from school seven years ago.

The former Scotland U20 captain made his debut against Leinster in 2014 and has gone on to make 73 appearances for the club and earn 23 caps (21 starts) for his country from a possible 26 Tests since his 2018 debut.

Now 24, the forward – who’s at home on either flank – ranks among the game’s most highly-regarded future on-field leaders.

The news of his re-signing comes just one week after fellow back-row for club and country, Hamish Watson, also penned a long-term extension, much to the delight of head coach Richard Cockerill.

“There’s no two ways about it, this really is fantastic news for the club,” he said. “Jamie and Hamish are two of best back-row forwards in the game right now.

“The back-row and their role at the breakdown is so vital in today’s game. Dominance, and at the very least parity, is so often a decisive factor in the outcome of the game, while Jamie’s height and athleticism means he’s also an excellent lineout option.”

He added: “Jamie is an excellent young player with an old head on his shoulders. He has a really bright future ahead of him and we’re delighted he’s signed such a long-term deal.

“His work-rate is immense but it’s the quality of work within that which sets him apart.

“He’s a fantastic leader on the park and certainly has, in my opinion, the capacity to captain his country in the future.”

Since his summer Test debut in the 2018 win over Canada, Ritchie has carved his name into an immensely competitive area for Edinburgh and Scotland.

A tireless competitor in all facets of back-row play, his fitness, sharpness and decision-making around the breakdown make him a constant defensive threat.

Ritchie said: “I’m really chuffed to be staying at Edinburgh. It means a lot to me and my family to know we’ll be here for the foreseeable future.

“I have been at this club since I was 17 and these guys have been like my family since I left school. We have a strong group here and I think we can continue to improve.

🗣️ "I'm glad we are getting to catch up with games missed." #GLAvEDI

“Edinburgh is a great club in a great city with an amazing bunch of boys who work extremely hard. I’m proud of what I have achieved so far in my time at the club and I feel there is so much more to come.

“I want to continue to help improve this club. I think we have made strides in the last few seasons and there’s still lots we can do to get better, on and off the field.

“With the leadership group we have here at the club I believe we can build something special and win silverware.

“We also have brilliant fans who I can’t wait to have back watching us, when we can. This is a big part of the reason why I feel Edinburgh is the place for me to continue my career.

“Scottish Rugby have been hugely supportive of this long-term extension from the get-go, and I’d like to thank them personally for backing me and proving a solid platform from which I’ve been able to grow and develop as a rugby player.

“I look forward to working closely with Scottish Rugby to develop both on and off the field.”