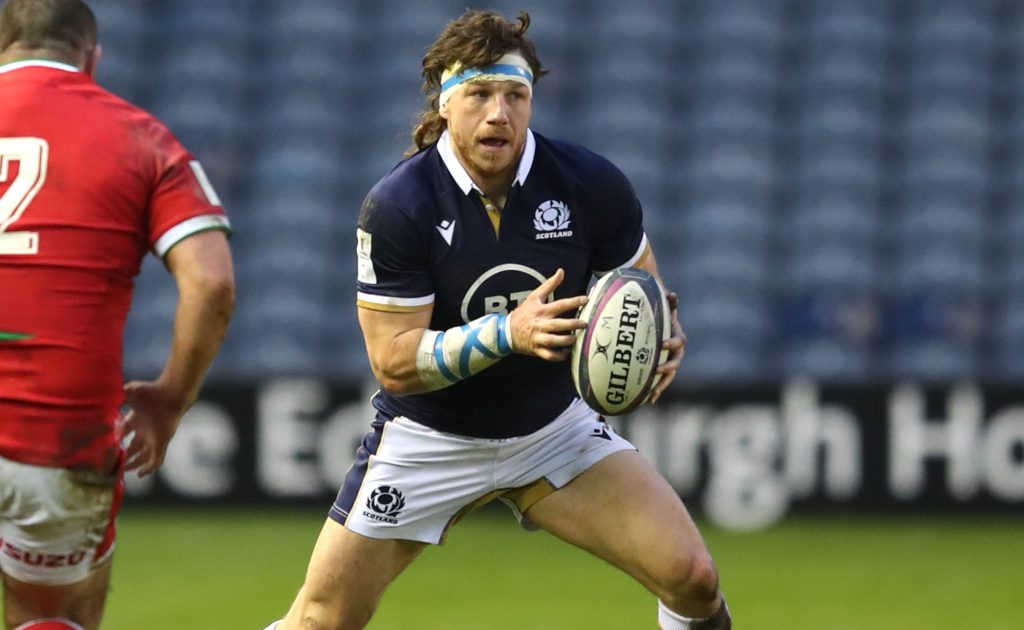 Hamish Watson could not have done any more to nail down a British and Irish Lions slot, according to his Edinburgh coach Richard Cockerill, after being named the Six Nations player of the tournament.

Wayne Pivac led Wales to this year’s championship but it is the Scotland flanker who has been named the tournament’s top performer following a public vote.

The Dark Blues’ scavenger-in-chief beat off competition from Welsh title-winning pair Louis Rees-Zammit and Taulupe Faletau to land the prize, with Ireland duo Tadhg Beirne and Robbie Henshaw, plus France’s star scrum-half and last year’s player of the tournament Antoine Dupont, also among those in the running.

Watson becomes the second Scot to win the award following Stuart Hogg’s back-to-back successes in 2016 and 2017.

The Scotland ace was imperious as Gregor Townsend’s team bookended their campaign with historic wins in London and Paris – their first wins away to England and Les Bleus since 1983 and 1999 respectively.

Watson was also named man of the match after scoring his fifth Test try in a record-breaking win against Italy at Murrayfield.

While defeats at home to Wales and Ireland were a bitter blow, Cockerill believes the 29-year-old can hold his head high after performing impressively throughout the tournament.

And he believes Watson is now a firm favourite to make Warren Gatland’s cut ahead of the Lions’ summer tour of South Africa.

“He’s been the standout for Scotland,” said the Edinburgh coach. “He’s been consistently good. He hasn’t just played one game then had an average game the next. He’s probably been Scotland’s best player the whole way through.

“So when I saw him nominated it didn’t then come as a huge surprise that he won the award as he has been very, very good in every single game he’s played.

Hamish Watson would not be stopped. A tremendous finish from the Scottish flanker. #GuinnessSixNations #SCOvIRL pic.twitter.com/kVP9Pq5iXK

“We’re delighted for him. We’ve got the player of the tournament for the Six Nations playing for Edinburgh Rugby which is a credit to him and to the club too.

“Hopefully that will put him in a really strong position for the Lions tour coming up in the summer.

“I think he’s put himself in a very strong position to be part of that selection conversation.

“He’s probably in one of the strongest positions that the Lions can pick from so he cannot have done any more to put himself in the selection picture.

“No one would be surprised if he gets selected for the Lions, however there are some other very good players from the other countries.

“But he could not have done any more than what he has, so let’s keep our fingers crossed that an opportunity comes along.”