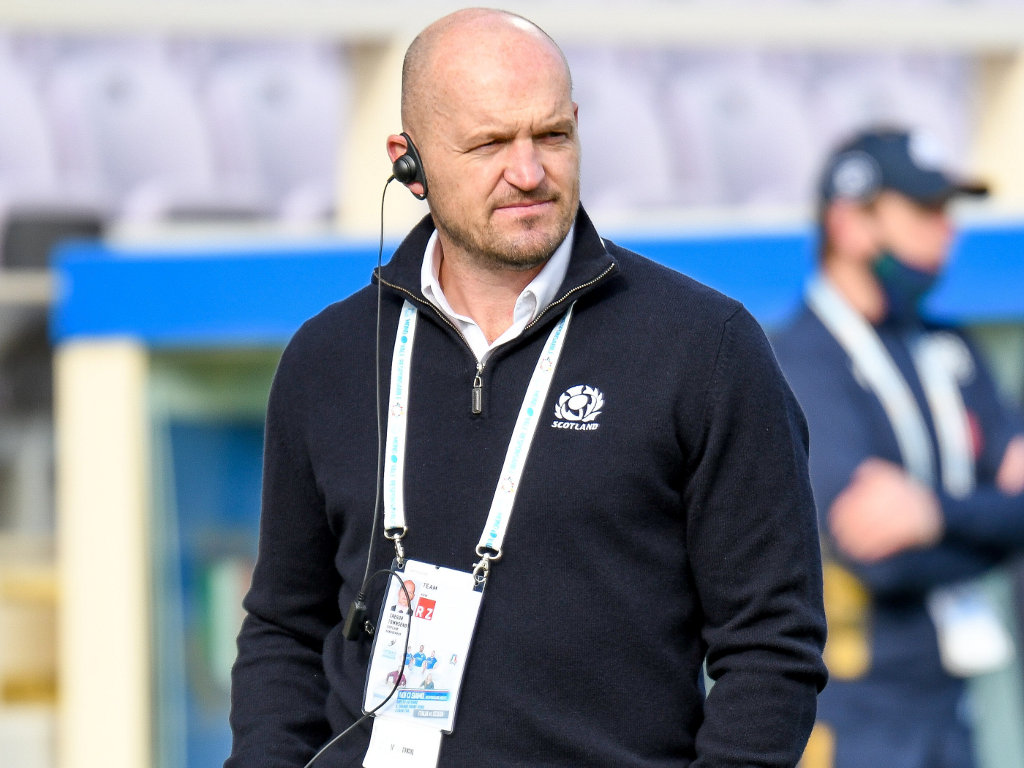 Gregor Townsend insists he could not be happier to be facing France’s A-listers this week after Fabien Galthie decided against sending his second string to Murrayfield.

However, they have had a rethink in the wake of their cancelled clash with Fiji and will instead travel across the Channel with all of their big-hitters in tow.

Townsend could be forgiven for wincing at that news, especially after admitting Galthie’s team currently look in better shape than the All Blacks.

Ready to rise to the challenge

But the Scotland head coach feels his side are ready to rise to the challenge just as they did when they derailed France’s Six Nations Grand Slam dreams before lockdown.

Asked if he was pleased to be facing a first-choice French line-up, Townsend replied emphatically: “Yes.

“They came with their strongest team in March and brought the best out in us. We’ll have to rise up to that challenge next week.

“They’ve moved on since then. I think they’re playing excellent rugby. They know what their game is just now and they’ve got some players in top form, so it will be a big challenge for us.

“If they had come with a different team it would have presented a really different challenge. They would have brought a tough game when the expectation, the pressure to win, was off, and players we don’t know that much about.

“There was certainly no (Romain) Ntamack, (Virimi) Vakatawa or Teddy Thomas – all their top players. So it will be a game that we’ll have to be at our best to win.

“I think they’re the world’s form team. New Zealand have lost a couple of games, South Africa haven’t played, so those were the top teams in the world, whereas France have gone out and scored lots of tries against Wales and Ireland. So they and England look to be the form teams just now in the world.”

Scotland are in not too bad shape themselves these days. It may not have been the prettiest performance but Saturday’s 28-17 win over Italy in Florence means Townsend’s team are now five games unbeaten for only the second time in the professional era.

🏴󠁧󠁢󠁳󠁣󠁴󠁿 Scotland made it five wins out of five in Florence. #ITAvSCO

They can make it six in a row for the first time since 1990 when the French visit but Townsend’s does not think the chance to rewrite the record books will heap extra pressure on his team next weekend.

He said: “That would be the case if we had five defeats in a row to five wins in a row. You go out to win for Scotland.

“The belief that gets created from winning certainly helps and knowing that one of the top teams in the world is coming to town next week will get our focus.

“It’s always nice to be in the changing room with the team after a win.

“So they can prepare for that game knowing there are some things to improve, but the feeling that they found a way to win on the field will just give them an extra bit of confidence if we have to do the same next week.”