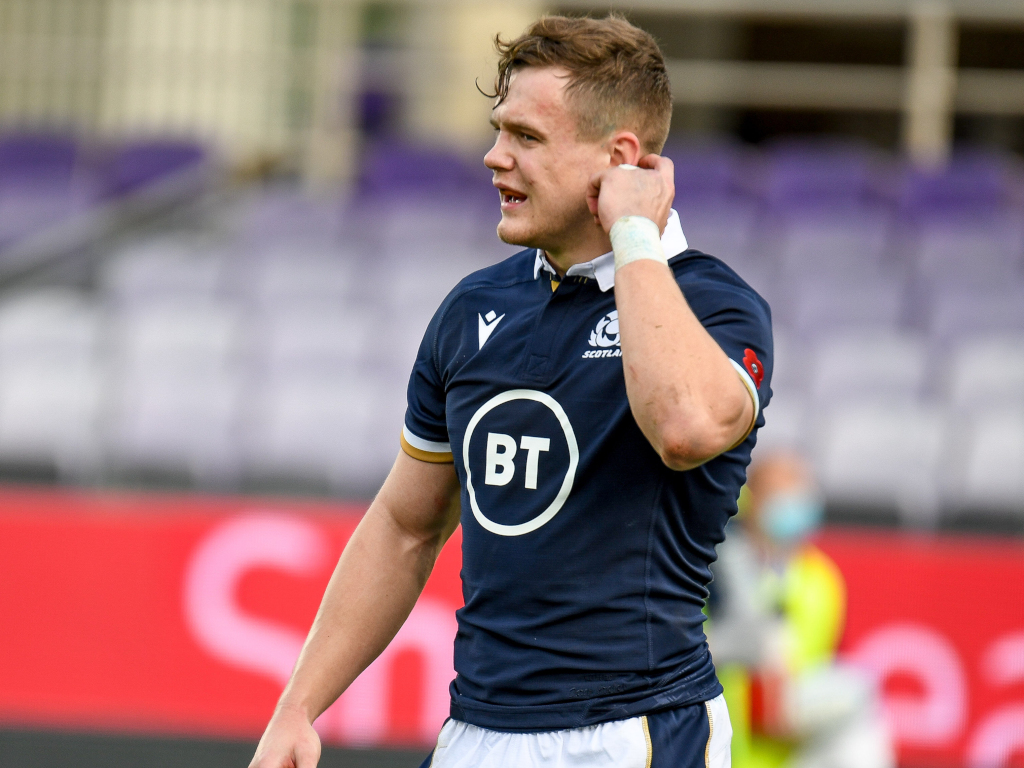 Scotland will aim to build on their historic winning start to the 2021 Six Nations this weekend when they face Wales at Murrayfield on Saturday.

Scotland head coach Gregor Townsend has made three changes, one in the pack and two in the backline following the opening weekend victory over England at Twickenham.

Featured against Wales last time out

Scarlets back-row Blade Thomson and Harlequins centre James Lang come into the starting XV, as does Edinburgh winger Darcy Graham. All three played in the last meeting between the two nations, when Scotland beat Wales in Llanelli in October in the concluding round of the 2020 competition.

Captain Stuart Hogg continues at full-back following his ‘man of the match’ performance in the Calcutta Cup win and he is joined in the back three by Edinburgh pair Duhan van der Merwe and Graham.

Lang partners Gloucester’s Chris Harris in the midfield, with Ali Price and Finn Russell completing the back division. Russell takes on vice-captain duties with Jonny Gray.

Townsend is able to select the same pack, with the inclusion of Thomson, that played in the opening round.

Rory Sutherland, George Turner and Zander Fagerson pack down in the front-row, with Jonny Gray and Scott Cummings continuing their lock partnership.

Thomson comes onto the blindside flank, alongside Hamish Watson and Matt Fagerson in the back-row.

All the replacements who travelled to Twickenham are selected again as the matchday 23.

Edinburgh hooker David Cherry, who won his first cap against England, is joined by Oli Kebble and WP Nel as front-row cover.

Darcy Graham's smile says it all 😁

Townsend said: “We have an opportunity this weekend against Wales to continue the positive start to the Six Nations we made last week against England.

“It was a very encouraging performance at Twickenham and the squad performed to a level which has to be the benchmark throughout the tournament. Wales are also coming into this game after a win and will have the same objective, so it will be a tough challenge as always.

“Both teams were involved in physical contests last weekend, and that is evidenced by the injuries Wales and we ourselves have picked up. For us, we are able to bring in three quality players in Blade, James and Darcy. They have been training well and are highly motivated to make the most of this opportunity.”