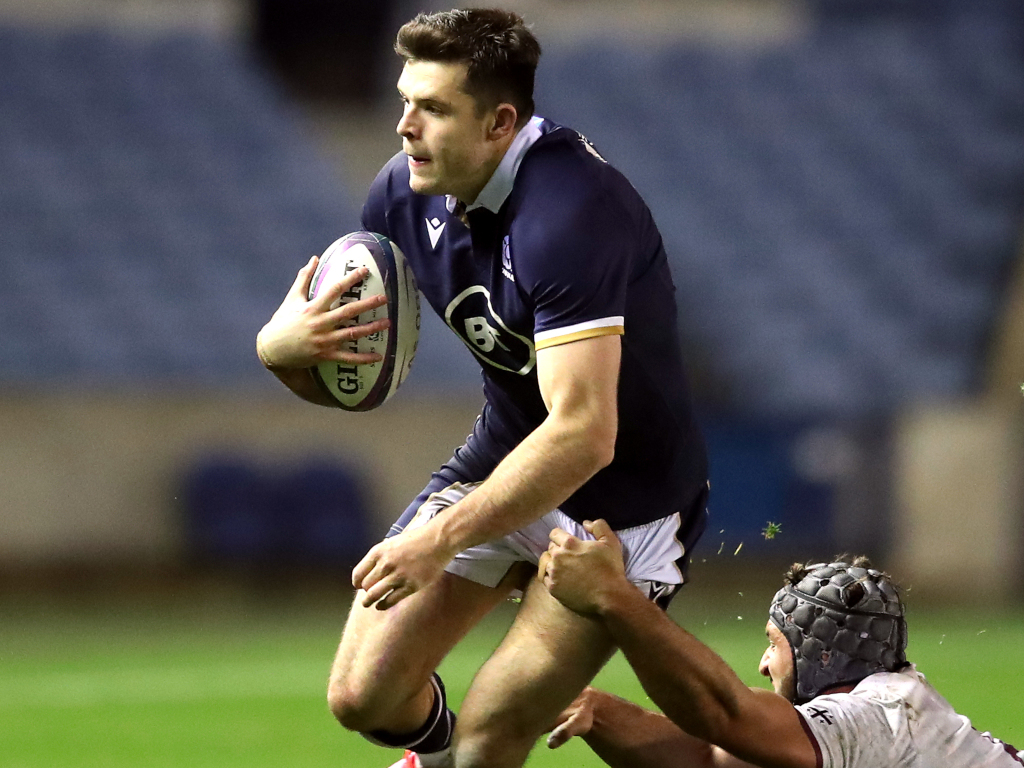 Scotland’s campaign-opening win over Italy in Florence last weekend extended the national team’s run to five consecutive Test victories, a sequence which began against this weekend’s opponents in Edinburgh back in March.

Searching for a record-equalling win

Focussing on the task at hand, Townsend said: “France are full of confidence and have played really well this year.

“We know we’re playing one of the best teams in the world right now, so to rise to this challenge we’re going to have to play close to our best throughout the contest on Sunday.”

Edinburgh wing Blair Kinghorn is the only change to the starting back division.

Kebble and Berghan earn their first start of the campaign in place of injured Edinburgh loosehead Rory Sutherland (ankle) and Glasgow tighthead Zander Fagerson – who joins the replacements – while hooker and vice-captain Brown completes his return from the concussion sustained against Georgia last month to replace Stuart McInally – with George Turner retaining his place on the bench.

Scott Cummings (Glasgow Warriors) and Jonny Gray (Exeter Chiefs) partner at second-row once more, with Edinburgh pair Hamish Watson and Jamie Ritchie returning to complete the back-row – and starting side – with Matt Fagerson.

Edinburgh loosehead Jamie Bhatti takes the bench place vacated by Kebble and could feature for his country for the first time since last summer – in Scotland’s away win over Georgia in Tbilisi.

Saracens duo Sean Maitland, who scored twice against France in March, and Duncan Taylor, who last featured for Scotland against Russia in Rugby World Cup 2019, also join the bench.

Townsend said: “It’s great to have Fraser, Jamie and Matt recover from their recent injuries, and we are delighted to also involve Jamie, Duncan and Sean in a match-day squad for the first time this season.

“The Autumn Nations Cup is all about opportunity – the opportunity to play in a new competition and the opportunity for us as coaches to see how a large number of our squad perform when given the chance to play.

“The support from the Murrayfield crowd was incredible last time we played France in March in the last game before the lockdown and, while they unfortunately won’t be with us in person this weekend, we’re grateful for all the messages of support letting us know that the nation is behind us once more as we take to the field this Sunday.”