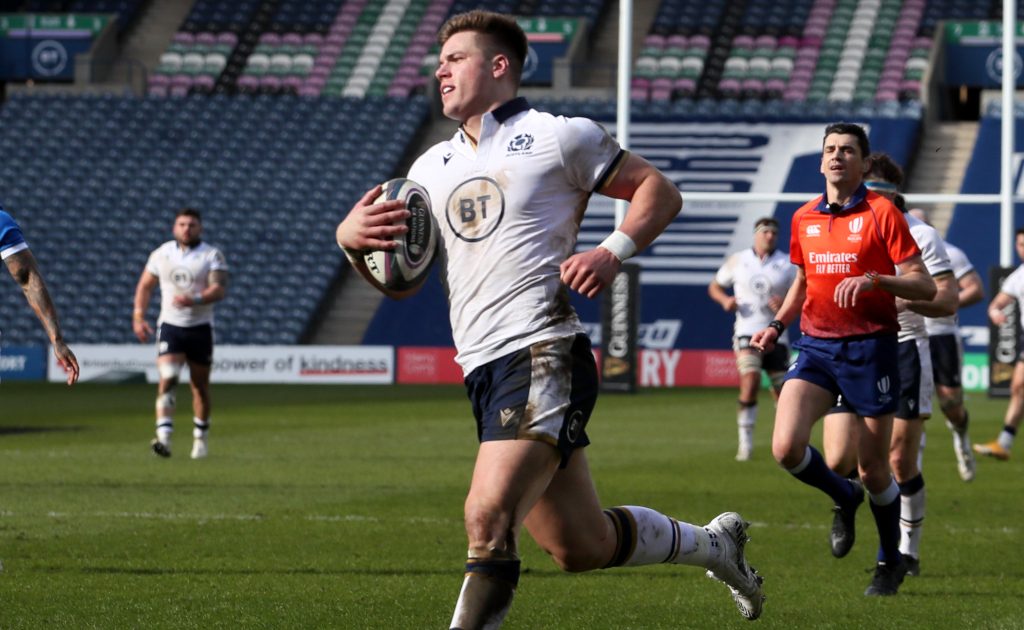 Harlequins have announced the signing of Scotland international centre Huw Jones, who joins the Premiership champions ahead of next season.

Born in Edinburgh and raised in Kent, the 27-year-old has represented Scotland on 31 occasions to date.

A versatile player able to cover multiple positions across the backline, Jones made his international debut in 2016 against Japan in Tokyo, with his most recent cap coming during the 2021 Six Nations against France at the Stade de France in Paris.

After moving to Cape Town, South Africa, during a gap year Jones earned his breakthrough within the professional game playing for the Stormers in Super Rugby, where he played alongside current Quins prop Wilco Louw and against centre Andre Esterhuizen and club captain Stephan Lewies.

Jones subsequently signed for Glasgow Warriors as his Test career took off, playing for the Scottish side for four years, scoring 12 tries in 49 appearances.

Opportunity I couldn’t turn down

Excited to begin his new chapter, Jones said: “I’m thrilled to sign for Harlequins. To be able to join the reigning Premiership champions and a side that plays such an attractive brand of rugby is a rare opportunity and one that I couldn’t turn down.

“The Quins way of playing was an attractive prospect, but there’s also something unique building here with a special team. There’s a great playing group here and some fantastic coaches and I can’t wait to get stuck in.

“Quins are looking to build upon their trophy win this season, and I’m looking forward to playing my part in that journey.”

Commenting on Jones’ arrival, attack and backs coach Nick Evans said: “It’s great to have Huw signed on with us here at Quins. Huw made a big impact when he burst onto the scene a few years ago and has fantastic instincts for the game.

“Huw is an attack-minded player, and we believe he will fit into the Harlequins way well. We look for players who will suit the Harlequins DNA, and we see that in Huw. We’re excited to see him link up with the squad this summer as we look to build upon last season’s success.”