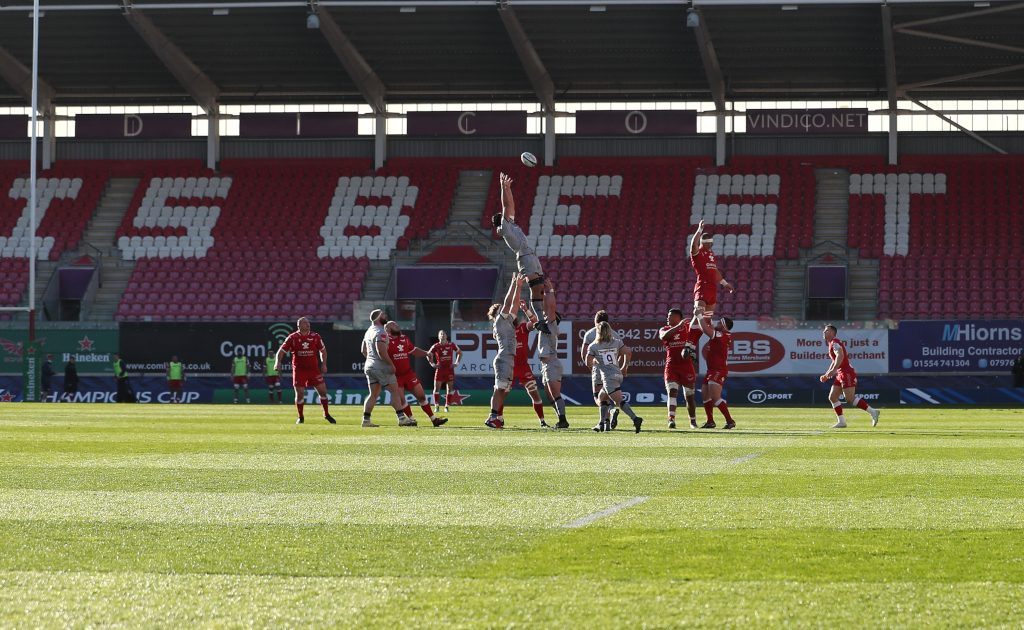 The Scarlets would like the EPCR to reconsider their stance on postponements with the majority of their squad currently quarantining in Northern Ireland.

A Scarlets statement said: “With the Welsh Government ruling that the squad that travelled to South Africa has to see out the full 10-day isolation period at a quarantine hotel outside of Belfast, Scarlets are urging European tournament organisers EPCR to reconsider their position on the rescheduling of matches.”

Executive chairman Simon Muderack said on the Scarlets website: “If we were to play Bristol without the people who are in Ulster right now there are four or five positions where we physically do not have a body to fill that position.

“We are not coming out of quarantine until December 10 and a lot of these boys in Belfast haven’t played a game of rugby since October 22. EPCR has got to look at player welfare here.

“Without the 32 players in quarantine, we’d have to play development players and academy players – some of them just out of school in their first season of senior rugby – as well as semi-pro players, who juggle their rugby commitments with full-time work and put them up against a quality side like Bristol.

“That wouldn’t be good for the integrity of the competition or those individuals.”

Muderack is adamant the Scarlets should have been granted a “sporting exemption” to train in Northern Ireland while the squad remained in isolation.

He said players were only allowed to have a short daily walk around the hotel car park and the risk of injury to unprepared players could be “catastrophic for careers”.

“None of us had any idea that this situation was going to occur, and that South Africa was going to be put on the red list,” Muderack said.

“The URC is a new league and what we are trying to do is support the league’s aspirations by sending our very best available team to South Africa to perform as best as we can. That’s us doing the right thing by the league and rugby.

“For us to get penalised for that really doesn’t sit very well with me and we need to find a fair solution because forfeiting the game for something that was out of our control isn’t right.

“Ideally, we would have been granted a sporting exemption which has been done in the past so that the team, whilst remaining in isolation, could have continued to train and prepare for upcoming fixtures.

🗣️ "We have got a number of internationals back home and we will do everything in our power to honour these fixtures."

🏴󠁧󠁢󠁷󠁬󠁳󠁿 Cardiff insist they can field a team for their Champions Cup games. 👇 https://t.co/IaWZFY4tpT

“At the moment, the best the players can do in their hotel in Belfast is exercise as individuals within the confines of their own rooms as well as being allowed a short time slot outside to walk around in the car park.

“That is no preparation for a high-intensity game of European rugby. In our world, physical capacity is everything. If players are ‘under done’ it can be catastrophic for careers and have a direct increase to risk of injury.

“The Scarlets have a proud history in European competition and we have been looking forward to testing ourselves against two sides in Bristol and Bordeaux who have been up there among the best on the continent in recent years.

“It is hugely disappointing that we will not be allowed to do that on a level playing field.”

Cardiff have said that a travelling party of 42 players and staff are due to fly out of Cape Town on Thursday.

The 10-day period of quarantine on arrival in the UK – the party are set to serve their isolation spell in England – has put their opening Heineken Champions Cup games against Toulouse and Harlequins in jeopardy.

But director of rugby Dai Young says Cardiff will “do everything in our power” to play those two games.