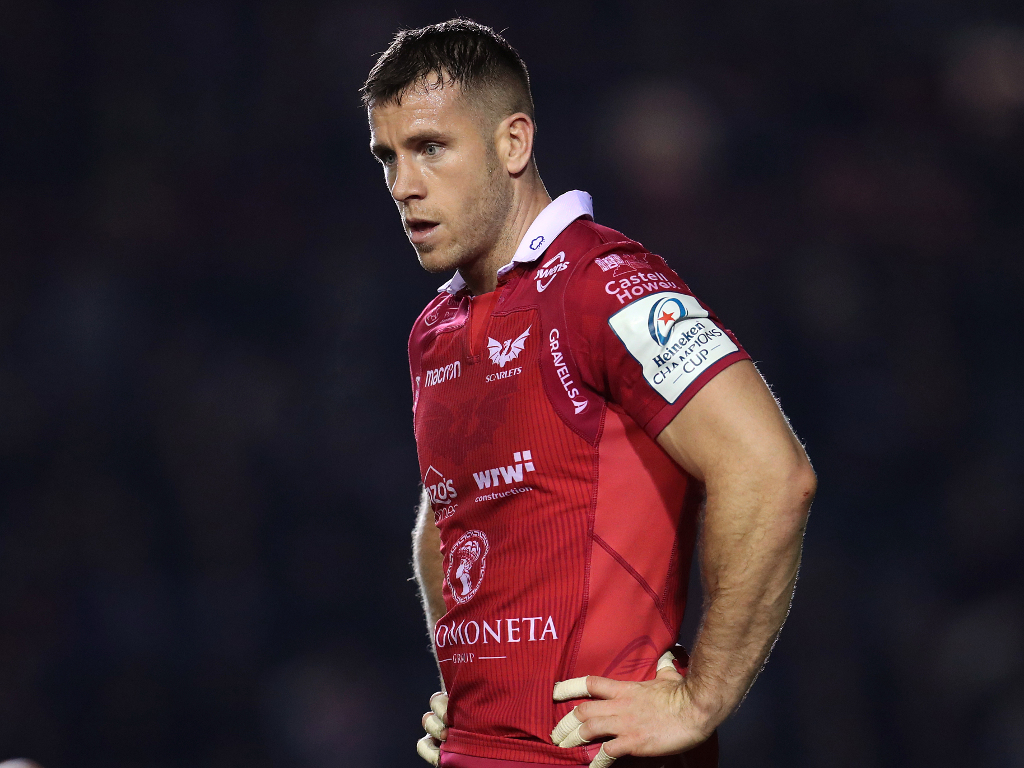 Scarlets moved to the summit of Conference B in the PRO14 after they beat Cardiff Blues 16-14 in their Welsh derby clash at the Arms Park.

Gareth Davies’ try and 11 points from the boot of Leigh Halfpenny saw them to victory, with Owen Lane and Josh Adams crossing for Cardiff.

Cardiff Blues had the first chance for points but Jarrod Evans was off target with a penalty before Halfpenny fired one over from a similar position to give the visitors an eighth-minute lead.

Three minutes later, Halfpenny kicked another after the Blues conceded their fourth penalty in the first 11 minutes.

After a superb flowing move which covered 50 metres, the Blues won a penalty in the visitors’ 22 but this time the hosts elected for an attacking line-out which proved the wrong option as Scarlets won possession against the throw.

However, the Blues maintained the pressure and, after 24 minutes, they scored the opening try when brilliant work from Hallam Amos saw him draw in to two defenders to send Lane racing away down the right flank.

When the wing was challenged he kicked ahead and easily won the race to touchdown. Evans converted and Blues were in front for the first time.

A mistake from Evans soon gave Scarlets back the lead. His telegraphed pass was intercepted by Davies, who raced in from halfway. Halfpenny converted and added a 45-metre penalty to give his side a 16-7 half-time lead.

Evans was replaced by Jason Tovey at the break, but the former Dragon was unsuccessful with his first kick at goal.

The home side continued to dominate in terms of possession and territory but some poor decision-making and a resolute red defence prevented them from capitalising.

The game became increasingly scrappy and it came as no surprise that the third quarter was scoreless as neither side could threaten the try line.

It therefore came as a shock when the Blues produced a try of stunning quality. From deep inside their own half, they moved the ball wide where Rey Lee-Lo and Adams combined brilliantly for Adams to evade two cover tacklers on a 30-metre run to the line.

Tovey converted but missed with a 45-metre angled penalty 10 minutes from time, which allowed Scarlets to hang on to four valuable league points.

In the other PRO14 fixture played on Friday it was a comfortable 38-17 victory for in-form Ulster against Munster, who fall below the Scarlets.

John Cooney, Robert Baloucoune, Matthew Rea, Stuart McCloskey and Jacob Stockdale went over for Ulster, the impressive Cooney adding 13 points off the tee as he was once again the star of the show for his side.

A poor Munster managed tries from Shane Daly and Niall Scannell along with two conversions and a penalty from the boot of Joey Carbery.