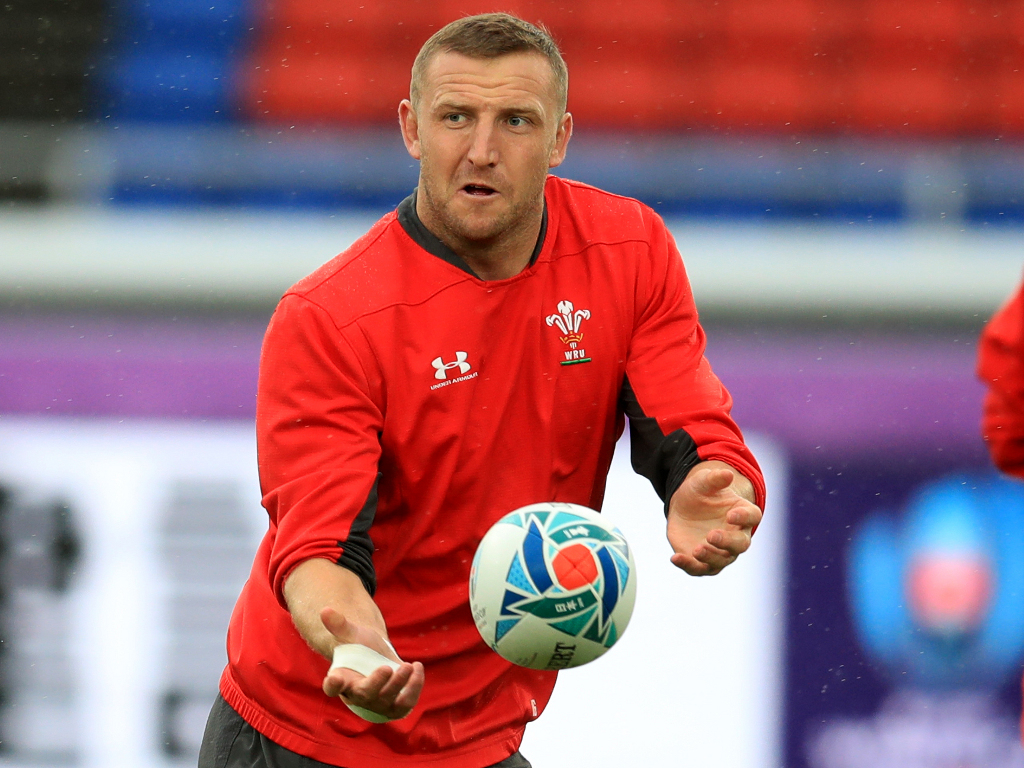 Scarlets have confirmed that Wales centre Hadleigh Parkes is among a host of players and coaches Brad Mooar and Ioan Cunningham to leave the region.

Following discussions with the coaching group and management, it has been decided that when the rugby group does return to Parc y Scarlets following the Covid-19 lockdown it will be with the coaches and players for the 2020/21 season.

Parkes arrived at Parc y Scarlets in October 2014 from Auckland and has gone on to play 122 matches in a Scarlets jersey over six seasons, scoring 13 tries.

He was Scarlets player of the season in 2015/16 after playing every minute of every PRO12 match and a key member of the Scarlets title-winning squad of 2017.

His ultra-consistent performances at the heart of the Scarlets three-quarter line earned him a Wales Test call-up that year and a place in Warren Gatland’s World Cup squad in 2019.

Scarlets confirmed in December that head coach Mooar will be linking up with Ian Foster’s All Blacks coaching team this summer. Mooar has made an indelible impact in his brief time at the Scarlets, instilling a culture that new head coach Glenn Delaney and his coaching team will look to build on.

Forwards coach Cunningham leaves us after nine seasons in the Scarlets coaching system, graduating through the Academy to the senior coaching team. A former Scarlets player, Cunningham has taken charge of the LV= Cup and British & Irish Cup sides and played an integral role as forwards coach in Scarlets’ PRO12 title triumph of 2016-17.

The other players who will be leaving the Scarlets are Kieron Fonotia, Corey Baldwin, Jonathan Evans, Morgan Williams, Simon Gardiner, Rhys Fawcett and Tom James, who is retiring from professional rugby.

Evans, another member of the matchday squad that lifted the PRO12 trophy in Dublin, will leave the Scarlets after four seasons in West Wales. The former Dragons and Bath scrum-half made 52 appearances in all.

Fonotia headed across the Loughor from the Ospreys two years ago. A member of the 2019 Samoa World Cup squad, ‘Fonz’ made 29 appearances in Scarlets colours.

Academy product Baldwin will be joining Exeter Chiefs for the 2020/21 season. A Wales U20s cap, Baldwin has made 24 appearances in the senior side, including 16 this season.

Wales Sevens and U20s cap Williams will be leaving the Scarlets after featuring in 15 matches over three seasons, scoring four tries.

Experienced tighthead prop Gardiner has played 66 matches during two spells at Parc y Scarlets covering eight seasons. The Pembrokeshire product has been on loan at the Ospreys since December.

🗣️ “I have been fortunate to have been coached by the best coaches and have played with some of the best players in the world, including my idol Gareth Thomas (Alfie).” #GuinnessPRO14

Loosehead prop Fawcett has been at the Scarlets since 2015, playing 10 matches. The 23-year-old is another who spent time on loan at the Liberty.

Wales international wing James is saying his farewell after a season in West Wales. The 33-year-old has announced his retirement from professional rugby.

Sports therapist Alice Rees will be leaving the Scarlets after five years as a valued member of the medical team at Parc y Scarlets.

Scarlets general manager of rugby Jon Daniels said: “It is always difficult to say farewell to players and coaches, but far more so this season because of the current circumstances.

“We would like to thank Brad for everything he has done at the Scarlets since his arrival last summer and wish him, Anna and the children, Laura, Charlie and Sam well for their return to New Zealand.

“In a short period of time Brad has immersed himself as part of the Scarlets family and culture and his popularity among our supporters speaks volumes.

“Ioan has come through the Scarlets coaching system for the last nine years and his role in our title win in 2017 can’t be overstated.

“To all the coaches, players, our sports therapist Alice, we are hugely grateful for what you have contributed to the Scarlets during your time here.

“We wish you well in the next chapter of your careers and there will always be a warm welcome for you at Parc y Scarlets — once a Scarlet, always a Scarlet.”

On behalf of the Scarlets board, Nigel Short said: “Unfortunately, circumstances have dictated that we won’t be able to give the coaches, players and staff the send-off they deserve on the pitch in front of our supporters at Parc y Scarlets. We still hope, in accordance with government guidelines, to do something as a farewell and the sentiment remains the same.

“On behalf of the board, staff and the fans of this great club, we would like to thank everyone for their contribution to the Scarlets and wish them well for what comes next.”

Scarlets will confirm the make-up of their new coaching team in due course.