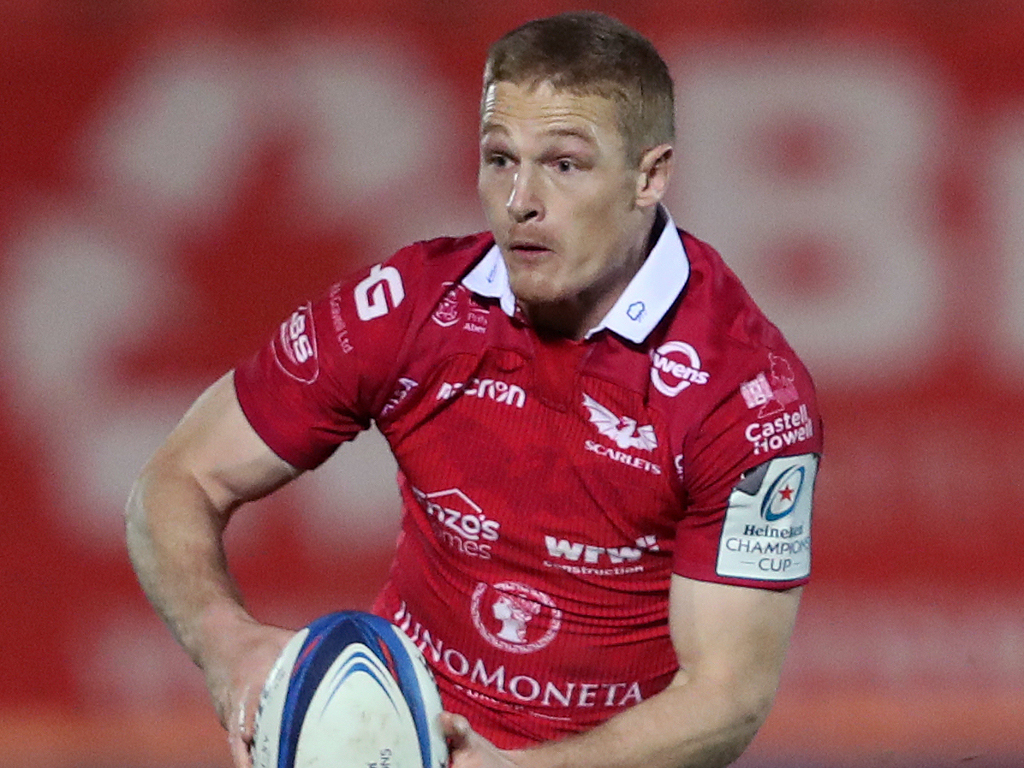 Scarlets’ swashbuckling attack earned them a 20-14 PRO14 triumph over Connacht in heavy wind and rain at the Sportsground on Saturday.

Ryan Conbeer made it three tries in two games with a well-taken brace that steered the Llanelli outfit into a 13-7 half-time lead.

Despite leaking converted scores to Abraham Papali’i and Ultan Dillane, Scarlets stayed clear with Dane Blacker’s 43rd-minute breakaway effort moving them up to second in Conference B.

Conbeer crossed inside five minutes, a searing attack seeing player-of-the-match Johnny McNicholl get on the outside of Matt Healy and release the 21-year-old winger for a powerful finish near the right corner. Dan Jones was unable to convert.

Connacht understandably looked a little ring-rusty – the Covid-19 pandemic caused their last two games to be postponed – but Gavin Thornbury swooped on a loose lineout to get the home pack firing. Dillane carried forcefully before Kiwi number end Papali’i spun in under the posts.

Jack Carty’s 17th-minute conversion split the sides before a prolonged spell of kicking was broken up by Conbeer’s second score. Carty coughed up a lineout and with the Connacht midfield carved open, full-back McNicholl darted through to provide another try assist.

After sliding the conversion wide, fly-half Jones turned a scrum penalty into three more points and Connacht were frustrated in their attempts to respond.

Early in the second period, McNicholl ran back a kick with intent, launching an attack out to the left where a dummying Paul Asquith put young scrum-half Blacker racing in for a classy try, converted by Jones.

Sprung from the bench at 20-7 down, Kieran Marmion narrowly knocked on at the try-line as the westerners emerged scoreless after turning down an easy place-kick.

🌟 Johnny McNicholl is tonight's player of the match

However, all-action flanker Paul Boyle sparked some of their best play and lock Dillane drove over from close range on the hour mark. Carty converted to make it a six-point game.

Connacht had enough pressure to force a third try late on, but replacement Denis Buckley knocked on close to the line, under pressure from Uzair Cassiem. Scarlets doggedly hung on for their first victory in Galway since April 2017.