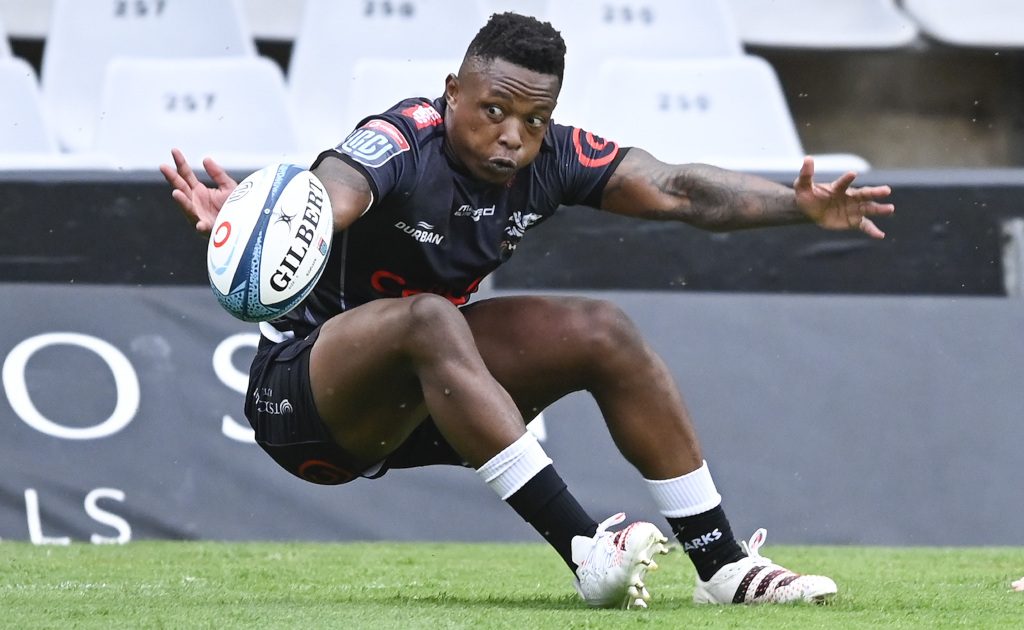 The Bulls have announced the signing of Springbok wing Sbu Nkosi, who will join the club from rivals the Sharks at the end of the season.

Nkosi, 26, is a significant arrival at the Loftus Versfeld outfit and is set to boost their wing stocks as they eye United Rugby Championship success.

Capped 16 times so far by South Africa, the flyer makes the switch from Durban to Pretoria to join Jake White’s side ahead of the 2022/23 season.

He’s been with the Sharks since U19 level and became a fan favourite due to his powerful but evasive running that earned him a Bok call-up in 2018.

Nkosi has scored nine tries on the international stage for the Springboks and was part of the squad that won the 2019 Rugby World Cup in England.

Stefan Ungerer back with Stormers

Meanwhile, the Stormers have announced that scrum-half Stefan Ungerer will rejoin the squad next week, having recently inked a two-year contract.

Ungerer played the first five games of the United Rugby Championship season for the Stormers on loan and returns next week on a short-term deal, with his two-year contract starting in July.

He will be available for the final league game of the season against Scarlets and will then return to Griquas before joining the Stormers squad full-time from July.

The hard-working half-back will be looking to build on some impressive early-season performances having now settled in Cape Town.

Ungerer says he is eager to start this new chapter of his career and contribute to the end of a campaign he started with the squad.

“It is great to be back and know that I will be settled here for the next two years,” he said.

“The team has been playing some incredible rugby and I can’t wait to get involved again.

Stormers head coach John Dobson said that Ungerer’s experience and steady hand are exactly what his team needs at this stage of the season and beyond.

“Stefan really impressed when he was here at the start of the season and it is fantastic to have him back in the fold,” he said.

“He has shown great variety in his game and can make an impact in any conditions, so we are all looking forward to seeing what he can do once he has settled here.”