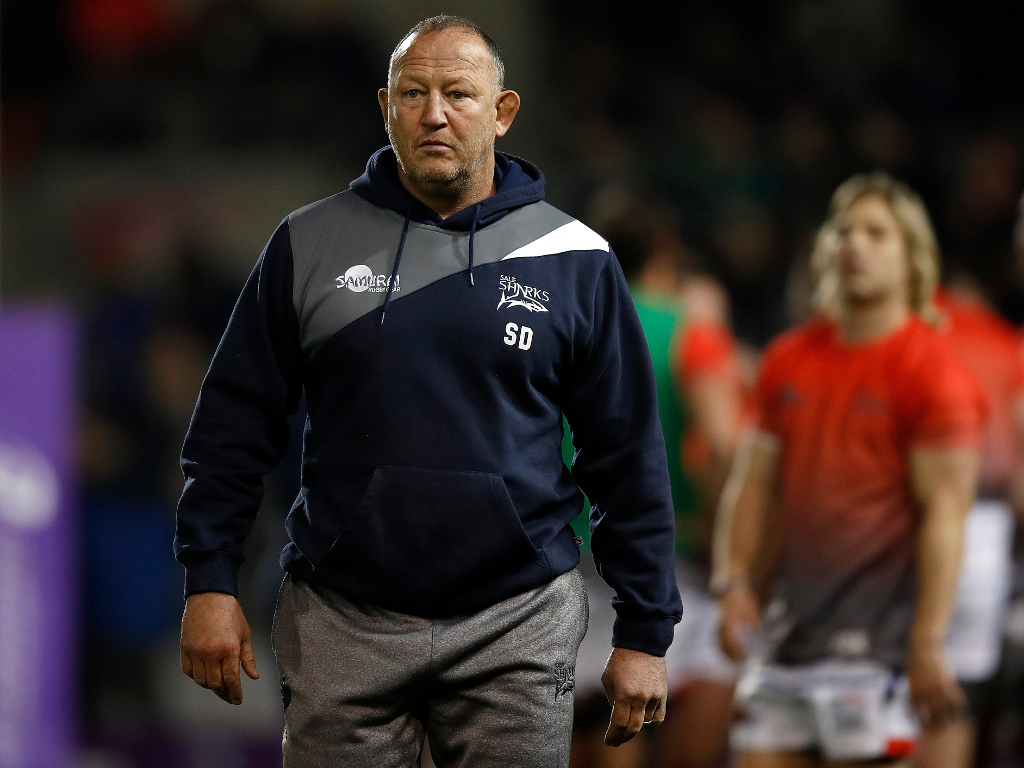 Diamond also said the Premiership champions should “take down the integrity and honesty signs” from their Allianz Park home for a year.

Saracens were handed a 35-point deduction in this season’s Premiership and fined £5.36million on Tuesday for breaching salary cap regulations.

Both sanctions will be suspended while the English and European champions – who described the action as “heavy-handed” – appeal against them.

Saracens, who return to Premiership action at Gloucester on Saturday, risked another financial penalty on Wednesday by failing to turn up for the 2019/20 season launch of the Heineken Champions Cup and Challenge Cup in Cardiff.

“It’s a bit naive to think they can get away with it with the processes in place,” Sharks’ director of rugby Diamond said following the financial findings which apply to the last three seasons.

“If you commit a robbery in the UK you get a rollocking. You may go to prison for six months.

“If you commit two in the same year and the year after and another one the third year, the judge has to say ‘listen there’s a habitual offender here’.

“If you don’t give him a substantial penalty he’s going to keep doing it. I think that’s what they’ve done.

“You’ve got to stop them doing it and we can’t keep letting inflation go through the roof.”

Saracens Chairman Nigel Wray has given his reaction to the verdict of the Disciplinary Panel. #TogetherSaracens pic.twitter.com/djyoSaJP6g

Diamond spent over two years in charge of Saracens before being sacked in February 2006.

He says he has taken Sale into European competition in four out of eight seasons on “50 per cent of what Saracens have”, and with 34 players in his squad compared to 48 in others.

“There’s got to be a punishment to make them stop doing it. And it’s not about them and us – the other 11 clubs pointing the cross-hairs at them,” added Diamond.

“It’s for the good of the game because if it’s not stopped the game will bankrupt itself.

“If they have got it wrong you face the music, take your medicine and get on with it.

“What they’ve done in the past is done and maybe they should take down the integrity and honesty signs from the stadium for a year.”

Diamond insists, however, that the episode will not cause lasting damage to English rugby.

“We’ve got CVC (Capital Partners), the investors, which will help the sport grow with broadcasting rights,” he said.

“I don’t think what’s happened will be a stain on that. These huge capitalists don’t buy into businesses that are run corruptly.

“The sport will grow with England making the World Cup final.”