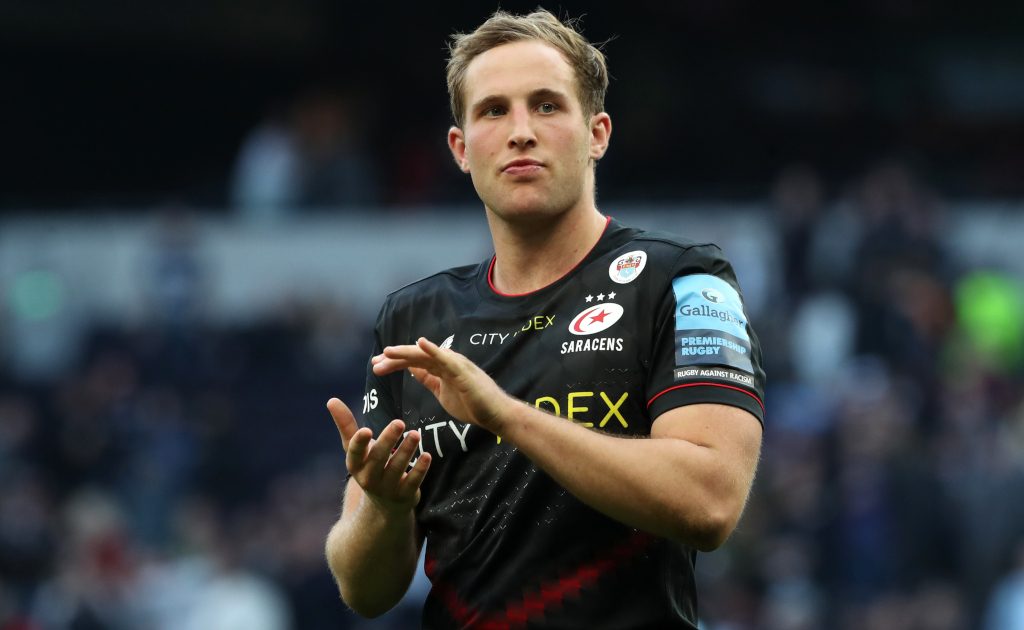 Max Malins was the man of the hour for Mark McCall following his four-try performance for Saracens against Worcester on Saturday afternoon.

The convincing 38-16 victory for the London-based side all but secured a home advantage for them in the Premiership play-offs, which are swiftly approaching.

All that is needed now is three points from two games versus Northampton and Gloucester to lock in a home semi-final at the StoneX Stadium for McCall‘s side.

Saracens’ bonus-point win was secured just after half when Malins dotted down his second of the day, following tries from himself, Ben Earl and Rotimi Segun before the interval.

Sarries’ director of rugby McCall said: “Max is one of those players who make things happen and he makes a habit of scoring tries for us.”

“It’s a solid away win as a few sides have tripped up here and to come away with six tries to one is a good effort.

“We only need a couple of points now to secure a home semi-final so we are in a strong position.”

Player of the match Malins said: “The game was very enjoyable but became a bit loose and we have to ensure that we don’t drop off our high standards.

“I found myself in the right place at the right time but it wasn’t an 80-minute performance from us.”

In regards to Sarries upcoming Challenge Cup fixture with Gloucester, before they play them in the league, Malins added: “Any competition we enter, we want to win.

“It will be a massive game at Gloucester and we certainly won’t underestimate the task in hand.”

Soon-to-be director of rugby at Worcester Steve Diamond conceded that his side were out-played severely by the former Premiership champions.

“As in previous games, we have managed to hand easy opportunities to good sides,” he said.

“Their conversion rate was far better than ours as we entered their 22 eight times but came away with nothing.

“The boys showed lots of fight and some of them gave their all but we were outclassed by a better team as we didn’t start playing until there were 20 minutes on the clock.

“We now have a ridiculous five-week break before our final fixture with Bath. It’s a weird end of season so I am giving the players 10 days off.

“There will be a lot of people leaving us so I will be picking players who will be here next season for the Bath game.

“I’m not really bothered about finishing bottom; it will be more about the performance on the day.”