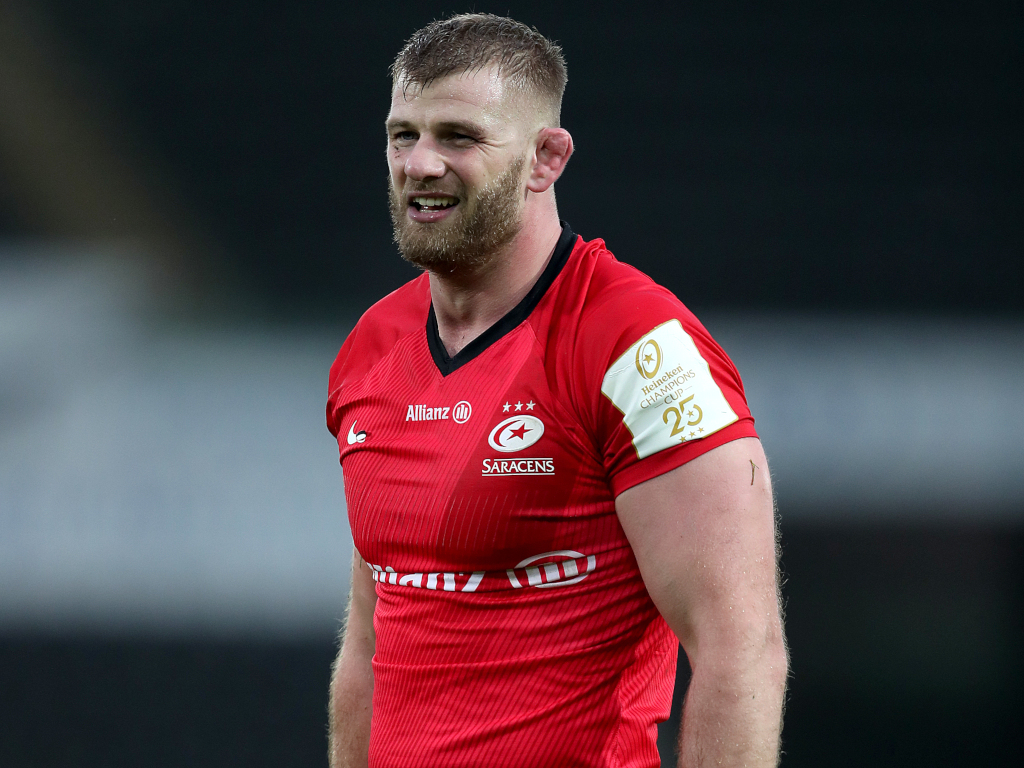 Saracens second-row George Kruis believes that taking a 25 per cent pay cut is “reasonable” as the Premiership clubs look to keep financially afloat during the coronavirus crisis.

The majority of Premiership players are taking a reduction to help sides offset during this difficult time, a move opposed by some but embraced by Kruis.

“I can only speak for myself but we’re in an entertainment industry which is being hammered at the moment,” he told Press Association.

“If we’re on a good wage and we’re complaining about 25 per cent, then I don’t think we’re realistic about the situation.

“A lot of people have taken a big hit, losing their jobs, and it’s affected the economy.

“Some people are doing an unbelievably good job around the nation during this crisis. I’m very humbled by the situation. I think 25 per cent is reasonable.”

Kruis is out of contract with Saracens in July but will reveal his club future next week with Japanese domestic rugby his likely destination.

Along with all players, the second-row is in self-isolation with the Premiership on hold because of the coronavirus pandemic.

England and his club have supplied training programmes involving running and bodyweight exercises, while online gaming sessions with team-mates have helped with social bonding.

“There’s plenty of comms, lots of heat flying back and forth, which is a good sign. Playstation use has gone up to make sure everyone is talking to each other,” he said said.

“We’re playing Call of Duty, so when we get half an hour we get together. There’s a group of eight or so – big enough to call it social bonding.

“Richard Barrington and Vincent Koch are the best, Will Skelton gives out the most heat. He’s a snake so you’ve got to watch out for him.”

🗣️ "If the clubs really need this to stay afloat then the players will support it. I’ve been at Exeter since I was 16 so if the club said that to me, of course I’d back it." #GallagherPrem

Meanwhile, Kruis hopes to see medicinal cannabis introduced as an alternative to painkillers to help players cope with the wear and tear caused by the modern game.

In the United Kingdom it is currently only prescribed for severe forms of epilepsy, the side-effects of chemotherapy and multiple sclerosis, but there are growing calls for it to be seen as a treatment for a wider ranger of conditions.

The England and Lions lock co-launched cannabis oil company fourfivecbd two years ago and sees the stronger medicinal form that contains the psychoactive compound THC as having far-reaching benefits within sport.

“I hope that as professional rugby players we’re not too far off having access to medicinal cannabis as part of it being made available to athletes generally,” he added.

“It’s a natural alternative to some of the bits that are out there on the market already. It’s user-led and the push is from patient to doctor and it has a lot of people interested in it.

“It’s prescribed as an alternative to painkillers in many countries. In the next few years there will be more attention put towards these types of treatments as part of a holistic approach.

“Players are calling for it in NFL and there have been some recent changes to what gets flagged in some of their tests.