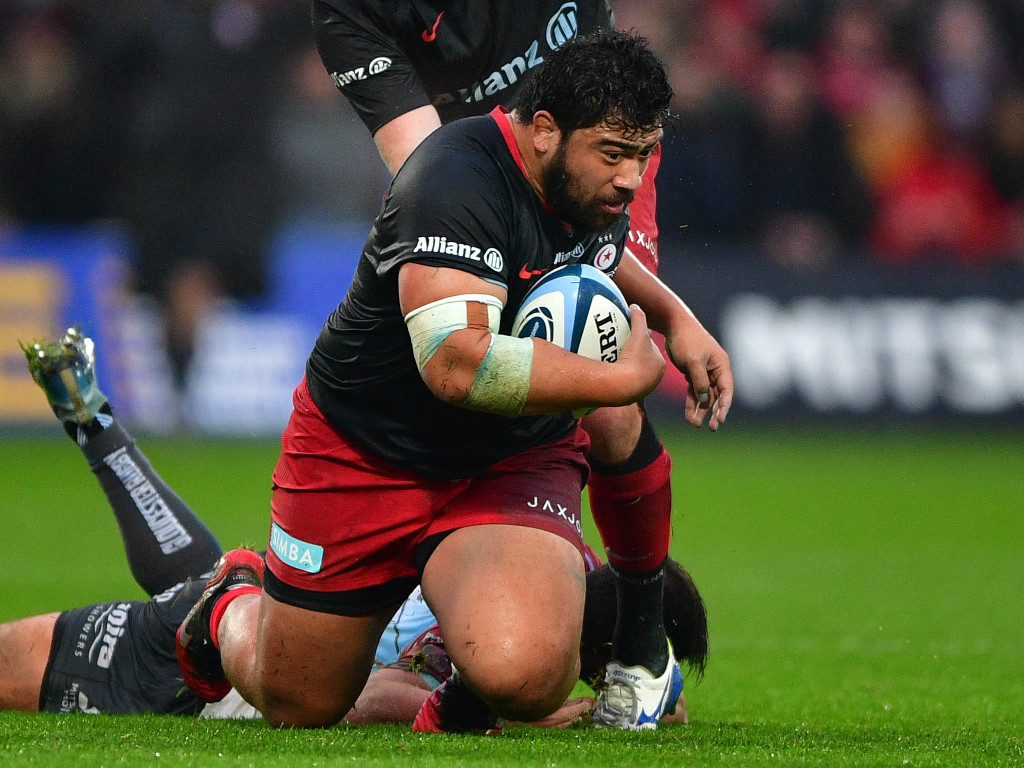 Saracens are in danger of being punished again after it emerged that Titi Lamositele may have been ineligible to play against Racing 92.

The European champions are subject to a misconduct complaint after the tournament organisers were informed by Saracens that United States international prop Lamositele’s work permit expired the day before their 27-24 victory at Allianz Park.

Although there is no precedent for this sort of administrative error, French club Grenoble were heavily punished for fielding an ineligible player against London Welsh in the 2012/13 Challenge Cup.

Grenoble, who won the game 20-9, were deducted four match points as London Welsh were awarded a 28-0 victory.

Saracens finished second in their Champions Cup group last month to secure an away quarter-final at Leinster on April 4.

But if the 27-24 victory against Racing, which pushed Glasgow Warriors out of the final Champions Cup quarter-final spot, is overturned, or Saracens are docked at least two match points, then they would be out of the competition.

“Following an investigation, EPCR has decided to bring a misconduct complaint against Saracens arising from the club’s Heineken Champions Cup, Round 6 match against Racing 92 on Sunday, 19 January,” said an EPCR statement.

“EPCR was informed by Saracens earlier this week that their player, Titi Lamositele, who was named in the match day squad for the fixture at Allianz Park and who came on to the field of play as a replacement in the 60th minute, may have been ineligible due an inadvertent administrative error on behalf of the club.

“Lamositele was eligible at the time the Saracens matchday squad was announced, however, the club has indicated to EPCR that the player’s work permit expired on Saturday, 18 January, the day before the fixture against Racing 92, and this may have constituted a breach of the Disciplinary Rules of the 2019/20 EPCR Participation Agreement.

“EPCR will be making no further comment until the decision of the independent disciplinary committee has been communicated.”

The misconduct complaint is the latest sorry episode in a nightmare season for Saracens.

The English and European champions will be relegated from the Premiership at the end of this season over the salary cap scandal.

Saracens were docked 35 league points – and then an additional 70 – and fined £5.36milion for salary cap breaches, and will spend next season in the second-tier Championship.