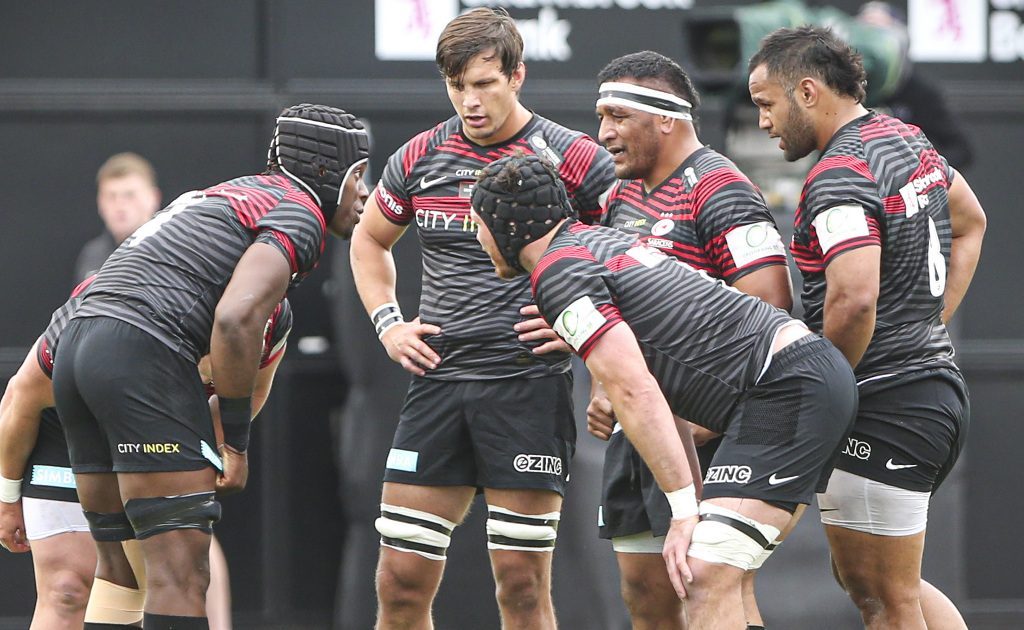 Despite spending a season in the Championship, Saracens have been installed as favourites to win the 2021/22 Premiership title.

After serving their time for repeatedly breaching the salary cap regulations, Sarries, who were last crowned Premiership champions during the 2018/19 season, are back in the top flight after making light work of the second tier of English rugby.

Ealing Trailfinders, their closest rivals in the Championship, were beaten with ease in the two-leg play-off final and bookmakers fully expect Saracens become the Premiership’s leading team as well this season.

A glance through their squad explains why they are being positioned as favourites to seize the crown won by Harlequins in such dazzling style last season.

Despite the fallout from the salary cap crisis, they managed to retain their influential England contingent, with Mako and Billy Vunipola, Jamie George, Maro Itoje, Owen Farrell and Elliot Daly agreeing to stay despite the prospect of a season outside the Premiership.

And they were equally successful at keeping the next tier of players, with Ben Earl, Max Malins, Nick Tompkins, Alex Goode, Alex Lozowski and Nick Isiekwe departing on loan but now back at the StoneX Stadium en masse.

Earl and Malins, in particular, flourished during their time at Bristol, while veteran full-back Goode returns from a spell in Japan looking to continue posing the question of why Eddie Jones refuses to pick him for England.

It is a formidable squad containing real depth in certain positions and their nearest rivals – Exeter, Bristol, Quins and Sale – know the dominant force in English rugby over the past decade mean business.

And in a blow to their own Premiership title hopes, Saracens’ European adventure will be limited to a season in the weaker Challenge Cup.

“We were in crisis mode around November 2019 and anything could have happened to the club. But the unity and togetherness helped get us through,” director of rugby Mark McCall said.

“We’ve got back into the Premiership with many of the same players who have stuck by us and showed faith in the club.

“The players relished the challenge of getting the club back up. I was especially thrilled with the way the international guys performed, showing real commitment and desire to carry on with Sarries.

“Time will tell if we can challenge this season. We’re happy with the squad we’ve got for next season, the senior internationals stayed at the club, the loan players have had really successful years away from the club and they’ve come back better players than they were.

“We’ve had some young lads who have had more time than they would have had, so those three things are powerful.

“Our Lions players aren’t going to be available for a good chunk at the start and we know that’s going to be difficult to accommodate, but the proof will always be in the pudding.”

Meanwhile, new Harlequins head coach Tabai Matson admitted that making big changes at the club would be difficult after they were crowned 2020/21 Premiership champions.

Matson comes into the Stoop outfit on the back of an impressive 2020/21 campaign and has already praised the senior squad members for wanting more.

Harlequins were a joy to watch last season with their high-octane style seeing them defeat Bristol Bears and Exeter Chiefs on their path to eventual glory.