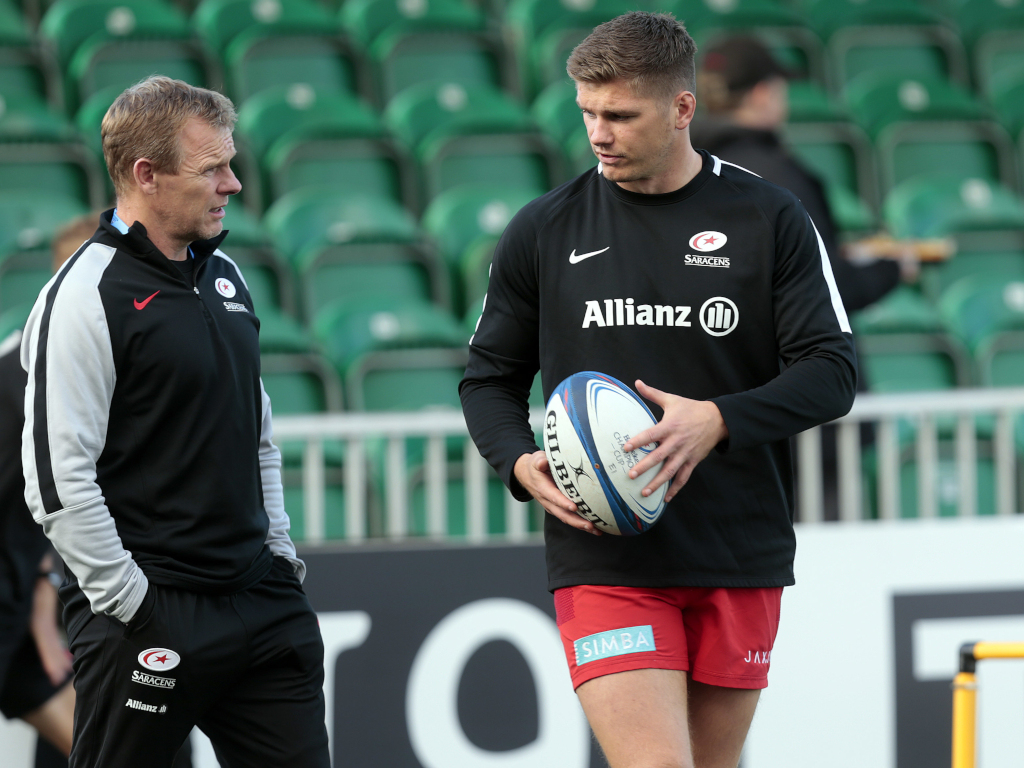 Saracens director of rugby Mark McCall saluted Owen Farrell after his return to action in a hefty 50-15 Championship win at Doncaster.

England captain Farrell made his first Saracens appearance since they were relegated to the second tier and helped orchestrate an eight-try rout of their title rivals.

Farrell, concussed in England’s final Six Nations match last month before sustaining a calf strain, was last in action for Saracens in September.

“It didn’t look like that today,” McCall said after Sunday’s victory. “He was in control of everything out there. He actually got hit late a couple of times and reacted brilliantly I thought.

“He didn’t get frustrated, moved on to the next thing pretty quickly and played beautifully at times.

“There was a couple of kicks he doesn’t normally miss, but I thought he played really well.”

Saracens slipped to a shock opening-day defeat at Cornish Pirates and despite three bonus-point wins since, they could ill-afford another loss at Doncaster, who had won all five of their previous matches.

“It was a good performance,” McCall said. “It was probably an improved performance from last week (54-13 winners against Bedford), which is what we want to do, we want to get better in every game.”

It was the first time this season that McCall was able to name all six of his England players in his starting XV.

Maro Itoje, Mako and Billy Vunipola, Elliot Daly and Jamie George also lined up alongside Farrell and helped provide too much pace, precision and power for Doncaster to handle.

“I thought our senior players were magic today,” McCall added. “I’ve said the last couple of weeks, they’ve really come back and embraced this new challenge.

“You saw by those performances today just how good they are and the influence that they have.”

Doncaster were rewarded for their wholehearted physical commitment with two converted tries from Jack Davies and wing Jack Spittle in the final quarter.

Saracens replacement Tom Whiteley went over for the last try in the closing moments, but Doncaster head coach Steve Boden said he was proud of his side.

🗣️ “He is thoughtful, insightful and modest but at his core he is a competitor who will never stop trying to improve.”

“We competed and matched them physically for large parts of the game, contact-wise,” Boden said.

“We kept on going with repeat sets of defence, very good sets, but eventually the dam burst. They have a lot of quality and you can’t keep them out for long.”

Boden added: “I was proud of the players’ effort. Their desire, work rate and effort, it’s something we’re really changing round at the club and I thought it was outstanding.”