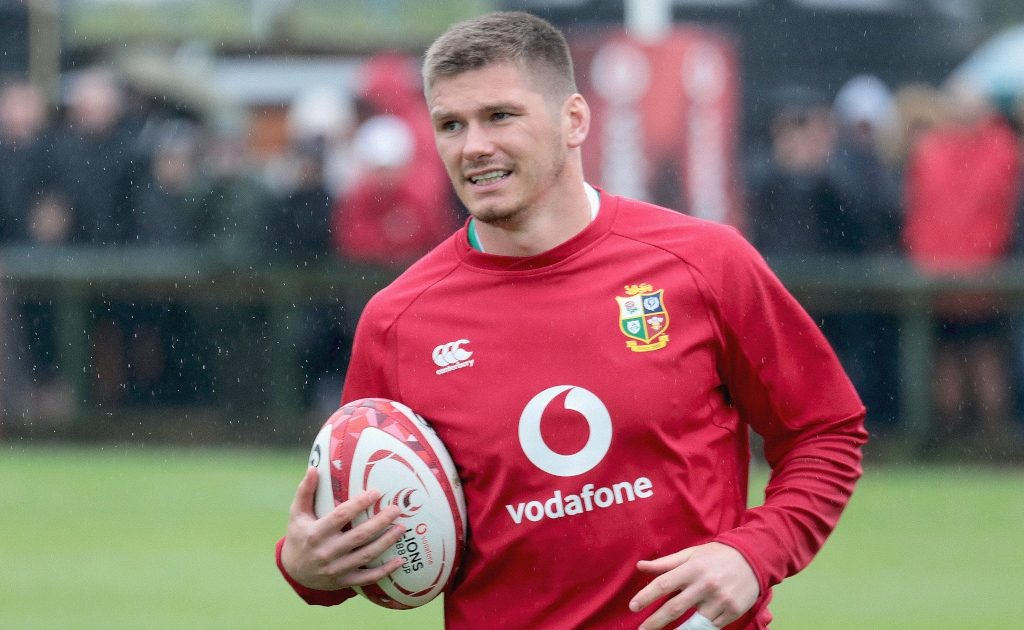 Owen Farrell has been fast-tracked on to the British and Irish Lions’ bench against Japan as Warren Gatland reveals a squad poll identified the England captain as the talisman of the tourists’ leadership group.

While none of Eddie Jones’ men have made the team, four have been selected among the replacements including Farrell, who only three days ago helped relegated Saracens seal their return to the Premiership.

Farrell will provide fly-half cover for Dan Biggar and will depart for South Africa on Sunday knowing he has the full backing of his peers.

Picked on leadership and experience

“I’ve spoken to Owen and the chat was about it not being the greatest Six Nations, but we picked him on the leadership and experience that he can bring to the group,” Gatland said.

“He’s a fantastic competitor and what he has achieved and his success speaks for itself.

“We did an administration day and I asked the players to pick a leadership group, which we have done.

“I thought it was interesting that he ended up with the most votes out of anyone in the leadership group, so that speaks volumes for the respect in which he is held by all the players in the group, not just the England players.

“Knowing him as a competitor he will go out and make the most of his opportunities and I expect him to have a great tour.”

Gatland’s focus for his first team announcement of the 2021 tour has been to give the Lions’ biggest Scottish contingent since 1989 run-outs in front of a reduced 16,500 crowd at Murrayfield.

Apart from the quartet making their debut for the elite of British and Irish rugby, Ali Price is also present on the bench as support for starting scrum-half Conor Murray. Only Finn Russell, Chris Harris and Stuart Hogg are missing from the 23.

“If you’re playing in Scotland, you want a reasonable representation of Scottish players,” Gatland said.

“From that aspect, we’ve got Ali there as well and we did talk about Finn and Chris potentially being on the bench.

“For these players it’s important they get the chance to play at Murrayfield in front of their own fans and family. That was bit of a motivation in terms of having that Scottish representation.”

🦁 Eight players will be making their Lions debuts at Murrayfield.

The Murrayfield showdown is only the third Lions fixture on home soil and first against Japan.

Eight players will be making their Lions debuts, including an all-new back row of Tadhg Beirne, Watson and Jack Conan, but the half-back combination of Murray and Biggar offer vast experience.

Gatland has chosen a powerful centre combination of Bundee Aki and Robbie Henshaw in a starting XV that is led by Alun Wyn Jones.

It remains to be seen whether the Japan clash will be a remarkable 10th successive Test appearance for Jones due to the status of the game being undecided. Although players will be given Lions caps and numbers, it has yet to be declared a Test match with discussion still taking place.

“We are playing an international side, so for me, we are playing a Test match. Those sort of decisions are out of my hands and are decisions for the board to make,” Gatland said.

“But I can tell you, we are preparing to play a quality international team and we thoroughly respect them – they made the World Cup quarter-finals.”