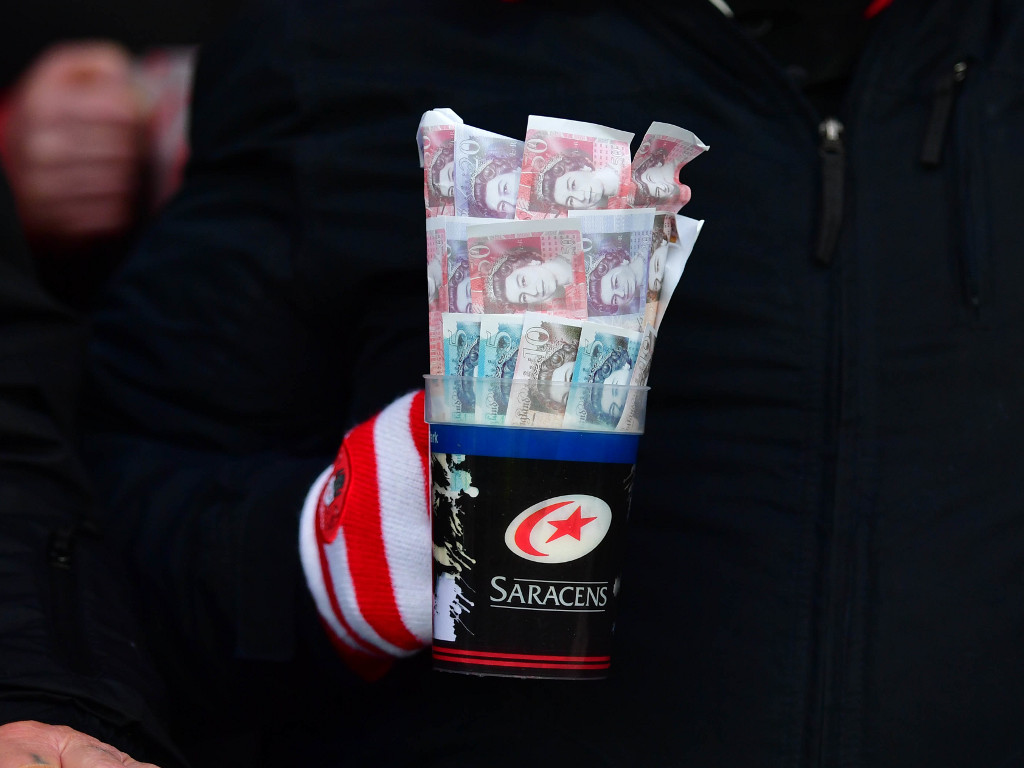 In the modern world of business, words such as ‘disruptors’ ‘deregulation’ and ‘sustainable income’ proliferate commentary and conversations.

Elsewhere in politics, the world finds itself in a polarisation of left and right, where grey areas are seen as weakness and compromise is regarded as failure.

Rugby finds itself in the remarkable position that, since professionalism 24 years ago, it has struggled to achieve any form of sustainable growth, whilst the game has been regulated to the point that no side has been able to achieve the superclub status of Manchester United or Liverpool in soccer.

That is until Saracens became the arch-disruptors of the game.

Since the sport freed itself of the days of boot money, walk-in jobs and shamateurism, becoming fully professional almost overnight in 1995, the structure of the game has been a grey area; one confused by the notion of the amateur values of the sport versus the commercial reality of running a business. Unfortunately the concepts are not comfortable bedfellows.

You see, the clubs are now businesses. That’s right, profit-making (well some are) vehicles of commercial success and excellence. And as backroom analysts are applauded for seeking every marginal gain known to man on the pitch, it’s only logical to assume that the business team are doing similar. We hear a lot about ‘club culture’ and ‘team DNA’ as buzzwords; surely it’s logical that this need and desire to win should extend to business management and standard accounting procedures?

Taking a step back, it’s worth noting that the average turnover of a rugby club in the Premiership is around £15m, give or take. Wasps lead the income streams, with the Ricoh Arena a balance sheet asset that ensures a degree of secure income via music and other sports. Given that the salary cap is £7m, you can glean simply that with coaching salaries etc thrown in, the cost of sale of the team is somewhere in the region of £10-12m.

'If you think it is about money, you're wrong'@Saracens chairman Nigel Wray gives an impassioned interview after the club was sanctioned for salary cap breaches#ITVRugby #TogetherSaracens pic.twitter.com/yMXVXst3pH

The top line of the Premiership makes sorry reading. It has, as a business, a turnover of £189m, a wage bill of £120m and total overall losses of £22m. As a cash cow, it’s ready for slaughter. Without the support of the international game and the income from Europe, any management accountant would advise its clients to pull out now and cut your losses.

Few clubs are actually truly profitable, some relying upon private capitalisation from wealthy rugby investors keen to bask in the reflected glory of ‘owning the team’, others, such as Wasps, relying upon all-year income via asset monetisation.

When you add up the financial misery, any talking up of growth of the game is facile. The simple truth is that the clubs that have, to a lesser or greater extent, captured their regional focus on rugby and kept the differentiation of the sport alive, have succeeded better than ones who have commoditised the sport and tried to compete for audiences with other sports (obviously football).

It’s worth noting that the RFU are serious culprits here, their marketing team diluting every unique part of the game in favour of models taken from other fields. As a simple example, the West Car Park at Twickenham is now a funfare of fast food when once it was an oasis of classy player and fan interaction with dozens of car park parties. Yes, there’s mass market appeal, but with more thought and greater understanding, the essence of rugby could have been retained and similar income generated, possibly with greater margins, by creating offerings unique to the sport.

At the core of the issue is this grey area of wanting to fuse what some would see as the anachronistic sportsmanship with modern commercial drivers. The salary cap was designed for a number of reasons: to reward academy progression and to create homegrown England players, to allow investors to invest with lower risk and to ensure a competitive 12-club league.

In reality, one could argue that this neoliberalist approach has actually hindered competition with a limit on just how much excellence can be imported or retained until either the cap is breached or players seek bigger contracts elsewhere in France or Japan.

A Club Statement on behalf of Nigel Wray.https://t.co/ArNUIRl5jB

Which brings us back to Saracens. For all of their fines, the points deduction and so on, they have their heads held high amongst all the hubbub. They argue that IF they broke the cap, they did so via innovation and legal interpretation and that if this had gone to a courtroom, the case would have been very tenuous in proof.

They claim their backroom team, like their coaches and analysts, examined every legality and loophole and looked to exploit it for the benefit of their team, players and supporters. They used co-investments and long term sustainable economic planning to better their offering and increase their collective income, thus enhancing their academy and bringing in selected talent from elsewhere, which is exactly what the game needs.

So the key question is, did they do the game a disservice? In the short term, there’s outrage from all quarters; from teams that have also pushed the boundaries on and off the pitch (Harlequins spring to mind).

But let’s judge this by disruption. Being a disruptor in today’s evolving world means taking calculated risks which Sarries did. Disruptors-in-chief need to experiment often, recognising that even small experiments can turn into massively disruptive ideas. Similarly, disruptors need to study why others have failed and do things differently and that’s exactly what was happening at Allianz Park.

Many have pilloried Saracens, partly because they’ve one foot rooted in amateurism and one in jealousy but, when all the noise has died down, their actions may just be the thing that saves the future of rugby and lets teams enter into a truly professional and competitive world, one free of regulation and one where only the strong and innovative will survive.