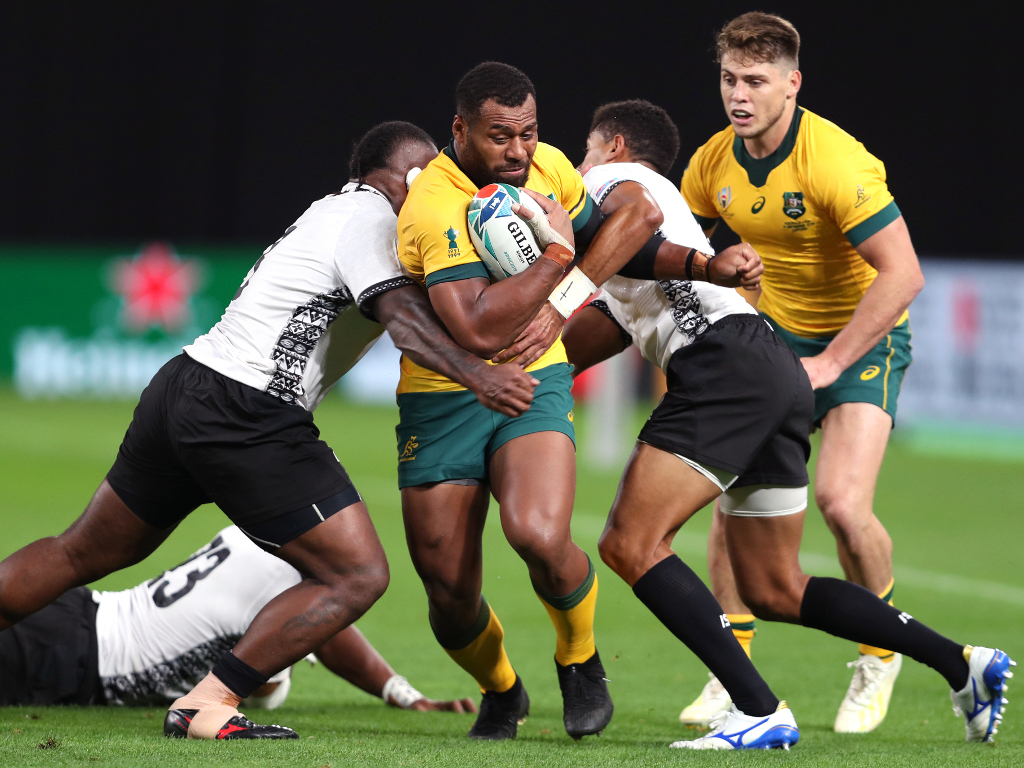 Departing Wallabies and Reds centre Samu Kerevi has hit back at reports he is planning a switch to Fiji for the 2023 Rugby World Cup.

Kerevi has played his last Wallabies Test for the time-being after signing a three-year deal with Japan’s Suntory Sungoliath.

Having played just 33 Tests, Kerevi is not eligible to be picked for the Wallabies from overseas.

Rugby Australia CEO Raelene Castle has spoken about the need to review the “Giteau Law”, which currently requires players to have played 60 Tests before they can be selected offshore.

Kerevi spoke at a charity lunch in Fiji over weekend and his comments were reported by the Fiji Sun and picked up around the rugby world.

“My manager has told me to go to Japan so that I can aim to play for Fiji in the next Rugby World Cup,” Kerevi was quoted as saying.

“I cannot play for the Wallabies because I cannot reach the threshold of 60 caps, which they are trying to lower.”

Samu Kerevi has hit back at reports that he is entertaining a Test switch to Fiji ahead of the 2023 @rugbyworldcup
https://t.co/b8oHPIrh0X

Kerevi took to Instagram on Monday morning to dispel the storm created by his comments.

“Disappointing to be taken out of context, quoted for things I didn’t say and when your [sic] having a bit of a laugh at a function.

“I’ve loved representing Fiji in my younger days and I am proud of my Fijian heritage but also extremely proud and honoured to be a Wallaby and all that Australia has done for my family and I.”

Alongside the statement, Kerevi posted a video featuring Denzel Washington criticising the “misinformation” distributed by the media.

Kerevi has previously kept the door open for a return to Australia once his Japan deal wraps up, ahead of the 2022 Super Rugby season.

The 26-year-old would have to jump through a range of hoops should he genuinely want to switch national allegiances.

Players ordinarily are unable to play for a Test nation after they have represented another but a number in recent years have been repatriated by playing Sevens and being granted an exemption from World Rugby.