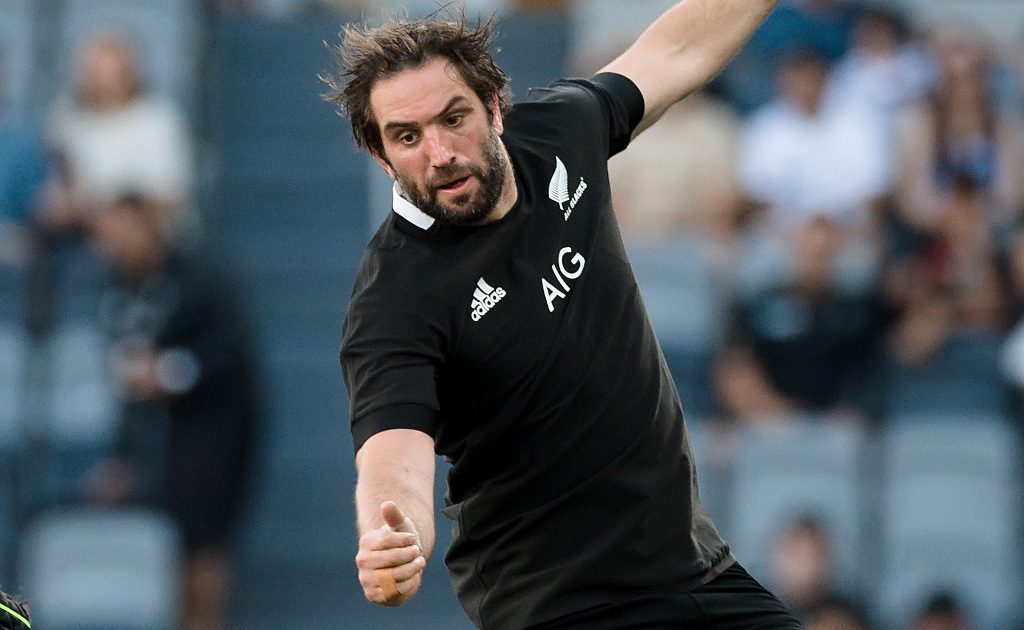 Sam Whitelock will be the first of the All Blacks players on paternity leave to return to camp in Australia and is prepared for a challenge during quarantine.

The veteran second-row, scrum-half Aaron Smith and fly-half Richie Mo’unga missed Sunday’s Bledisloe Cup Test against the Wallabies in Perth for the birth of their children.

Whitelock, whose baby was born on August 29, flies to Brisbane on Friday to go into a two-week quarantine period.

He expects to complete his quarantine on the day of the first Test against the Springboks in Townsville on September 25 and is undertaking intensive personal training to make himself available for selection.

The 32-year-old said the Level Four lockdown in New Zealand meant he was with his wife Hannah during the whole birthing process. They had been able to have more time together after the birth of the baby than his playing requirements allowed during the birth of their first two children.

It would be a challenge to train in a hotel room, but he said All Blacks trainer Nick Gill had been ‘flogging him’ in preparation for his departure and had organised a programme when in Managed isolation and quarantine (MIQ).

Having to leave his family, he said he could relate a little to what it was like for All Blacks in the days before flights when they headed away on ships to return and be handed a six-month-old baby and told this was their son or daughter.

He won’t see his family for some time, but he had that in common with other people, not just sportspeople as a result of the pandemic.

“I didn’t make the decision lightly about going, but at the same time I have got to do my job,” Whitelock told the All Blacks’ official website.

It would be a case of leaving one family to join another, and with the advantage of Zoom and Skype, he could keep his connection with family and friends.

Whitelock acknowledged it would be challenging to be ready to play because he wouldn’t know how he was doing until joining the side.

“I’ll know pretty quickly by the time I get through a couple of days training,” he said.

Using the preparation boxers put in by achieving fitness without having to do long runs, he was aiming to be close to 100 per cent and ready to go when joining the team.

“I’ve always loved playing against them [the Springboks] because it’s so hard,” added Whitelock. “They’re big, they’re strong, they’re physical. They get their best ball carriers, and they’re going to run at you from 20m away. They don’t care if you’re in the way, they’re there for that physical battle.

“Whether they run at you or they change and use their feet late, I think that’s one of the reasons for us as Kiwis we love to play against the old foe. It’s going to be pretty hard watching that 100th Test match [when I’m] almost out. How I deal with that is going to be really interesting to see how I set up myself for when I do get out. Hopefully it sets me up to perform.”