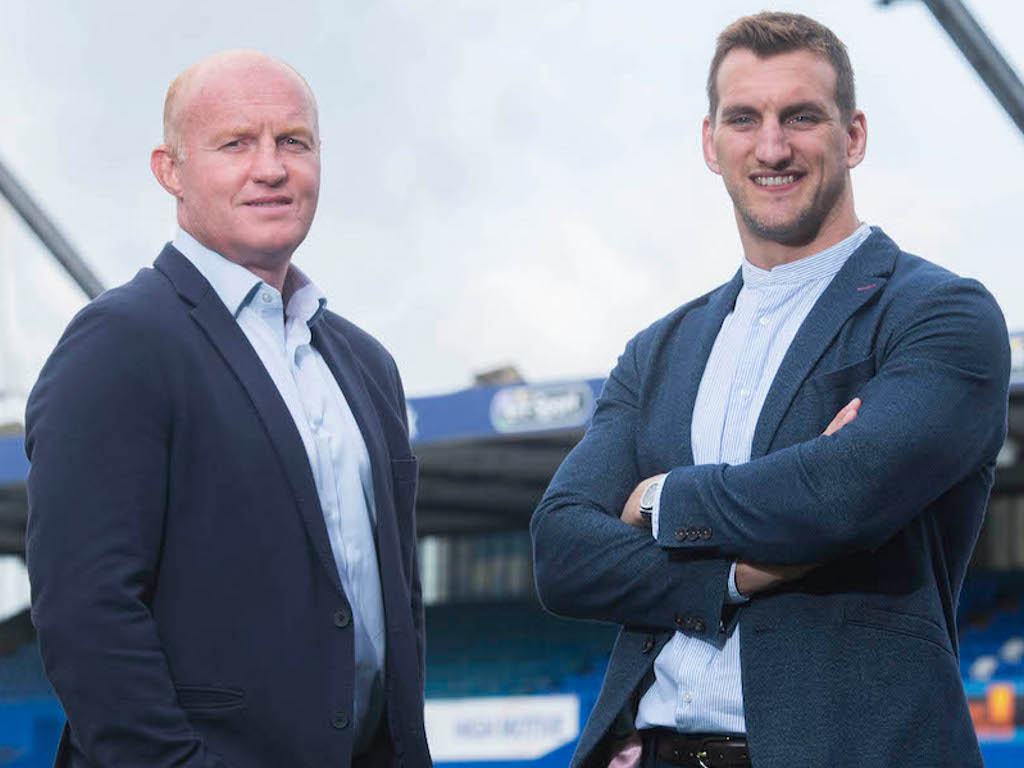 Both players earned legendary status wearing the number seven jersey for Cardiff Blues, Wales and the British and Irish Lions, and they will now impart their vast expertise in the boardroom.

The addition of Warburton and Williams follows the appointments of Hayley Parsons and Andrew Williams as non-executive directors earlier this month.

Cardiff Blues chairman Alun Jones said: “We are obviously delighted to welcome Martyn and Sam back to Cardiff Arms Park as advisory members of our board. While they will not be directors of the company they will make a full contribution and advise us upon strategies across the business.

“They were both world-leading professional players during their careers and they will bring invaluable insight and experience of the demands, requirements and challenges facing modern rugby to the board room.

“Further to this their credentials as leaders is second to none and this is clearly transferable from the pitch and into business.

“I have no doubt they will both make a huge contribution as they are Cardiff Blues through and through and rugby superstars in their own right.”

During an illustrious professional career, Williams, who came through the ranks of Pontypridd, made 226 appearances for Wales’ Capital Region and was part of the EDF Energy and Amlin Challenge Cup winning squads.

He won 100 Wales caps and toured with the Lions on three occasions before retiring in 2012. Since hanging up his boots, the man known universally as Nugget has been Head of Business Development for JP Private Client, a part of St James Place Wealth Management, who provide bespoke wealth management advice to private and corporate clients.

Williams said: “First and foremost, it is a privilege to be asked join the board. I’ve been retired seven years now but I was here for so long and still feel such a connection with the place so I want to help as much as I can. Cardiff Blues changed my life and now it is about trying to give something back.

“The board members are all unbelievably successful in terms of business and while there is some crossover, hopefully Sam and I can pass on that niche knowledge of being professional players and our experience of elite environments.

“This is the capital city region, you have seen the city absolutely explode in recent years and the region is an absolute hotbed of talent, but Cardiff Blues probably haven’t been punching at their weight.

“I am confident that with the changes being made and the plans being put in place that we can unlock that in the not too distant future and become both successful and sustainable.”

Williams was succeeded by Warburton for club, country and the Lions, who enjoyed an equally impressive career.

Warburton came all the way through the Cardiff Blues age-grade system and made 106 appearances for his home region. He won 74 Wales caps, captaining his country more than anyone else and successfully led the Lions on two tours – remaining undefeated as a Test series captain.

He retired last season and has since forged a career in television and has also become a Cardiff Blues Community Foundation ambassador.

The 30-year-old is equally enthusiastic about the opportunity to join the board and potential at Cardiff Blues.

He said: “Giving something back to Cardiff Blues was probably my main motivation to come back playing and as soon as I knew that wasn’t going to be possible in a playing capacity, I knew I wanted to get involved elsewhere in the business.

“It is genuinely a massive privilege and honour. I will obviously have ties here for the rest of my days but to be back in this capacity is fantastic.

“If I was to identify two goals for Cardiff Blues, it would be on field success, at a domestic and European level, and a new playing facility here in the city centre. If we can get those things right, then there aren’t many clubs in Europe who could match us.

“I’m determined to support the region in any way that I can and hopefully through some small contributions I can help us improve. We have the potential to become a giant of European rugby once again and I am confident we can fulfil that potential over time.”