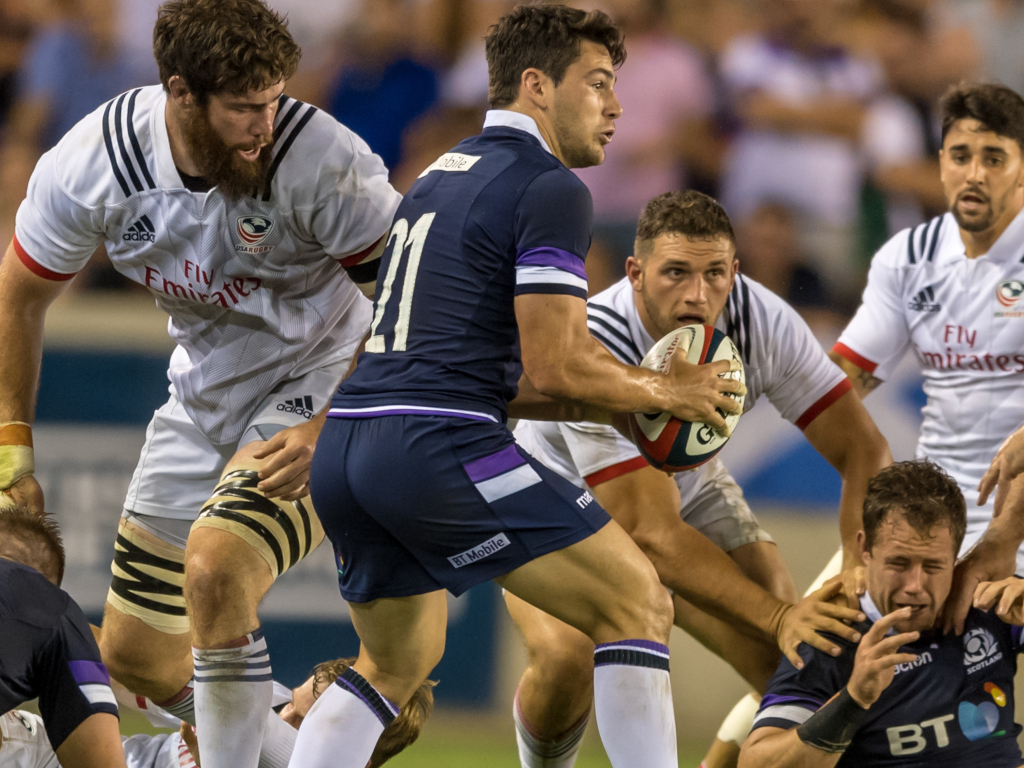 Premiership club Exeter Chiefs have announced the signing of Scotland international scrum-half Sam Hidalgo-Clyne ahead of the 2020/21 season.

Hidalgo-Clyne will join the Chiefs on a two-year deal from Top 14 club Lyon.

The 26-year-old follows his compatriot, lock Jonny Gray, to Sandy Park for next term, while Scotland captain Stuart Hogg is already part of the Exeter squad.

He is set to fill the vacancy left by Australian scrum-half Nic White, who will leave Exeter at the end of the current campaign.

🏉 This time Sam Hidalgo-Clyne crosses against the Dragons

“I am very excited by the move,” said Hidalgo-Clyne, who won the last of his 12 caps against Argentina in 2018.

“Like a lot of people, I’ve watched how the Chiefs have done and how successful the club have become over the last few years.

“They play a great brand of rugby, everyone appears to enjoy themselves and they are a team who clearly want to win things.

“Obviously, they have a quality squad already assembled there, and with guys like Jonny coming in as well, it’s only going to get better.”