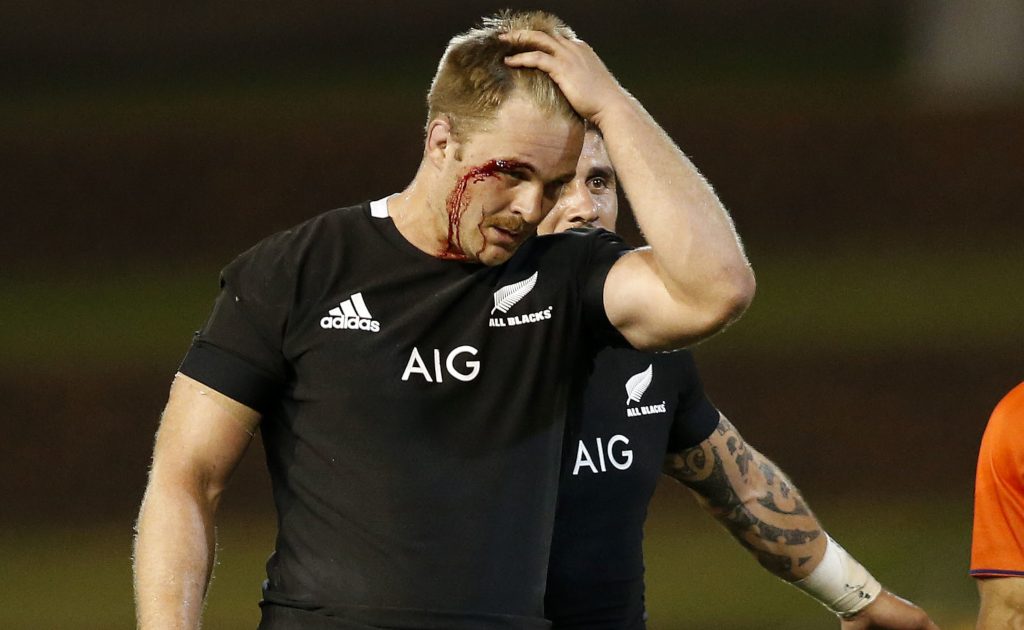 All Blacks legend Buck Shelford has concerns over the long-term health of flanker Sam Cane, who has returned to the national squad following another lengthy injury.

Cane has missed the majority of the campaign due to a pectoral issue but will be part of New Zealand’s tour to the northern hemisphere.

The Chiefs back-rower has earned 74 caps and took over the captaincy in 2020 after the retirement of Kieran Read, but he has been hampered by a couple of nasty injuries.

As well as his recent stint away from the game, the 29-year-old spent several months on the sidelines in 2018 and 2019 after sustaining a career-threatening neck fracture, while he has also had several concussions.

He remarkably returned to play a key part in their World Cup campaign and could well resume his leadership role during the end-of-year series, but Shelford is not convinced the openside can remain healthy for long enough.

“He is always probably one injury away from retirement from rugby, especially if it’s to the head,” he told the Newstalk ZB.

“He’s had a lot of concussions in his career and if he gets another one, that could be the end of his career quite easily.”

With Cane out of action and Sam Whitelock missing the Rugby Championship to witness the birth of his third child, Ardie Savea took over the captaincy for the recent tournament.

A decision on the long-term skipper will be made later down the line, but Shelford believes that Savea has stepped up to the challenge.

“But you’ve got to be in the position of captaincy for a while as well, and I think that Ardie probably needs a little more time in the seat to be able to really get the best out of him as a captain.”

Alongside those aforementioned players, Brodie Retallick and Aaron Smith have also been handed a chance to skipper the side this year, but Shelford doesn’t believe they should be in the mix for the role ahead of the 2023 World Cup.

“We’ve tried other guys. Whitelock, he might not be there for the World Cup… I don’t think Brodie comes into the picture at all, even though he had that one Test match,” he added.

“I wouldn’t want to see Aaron take on the captaincy in a bigger role because, his job as half-back, he’s just so good at what he does, you wouldn’t want to burden him with having that extra responsibility.

“He is the number one half-back in the world today. His passing is so accurate, his option taking – all those sorts of things – he gees up the boys really well and I wouldn’t want him to get it solely because it could damage his game a little bit if he has to worry about captaining and making other decisions.”