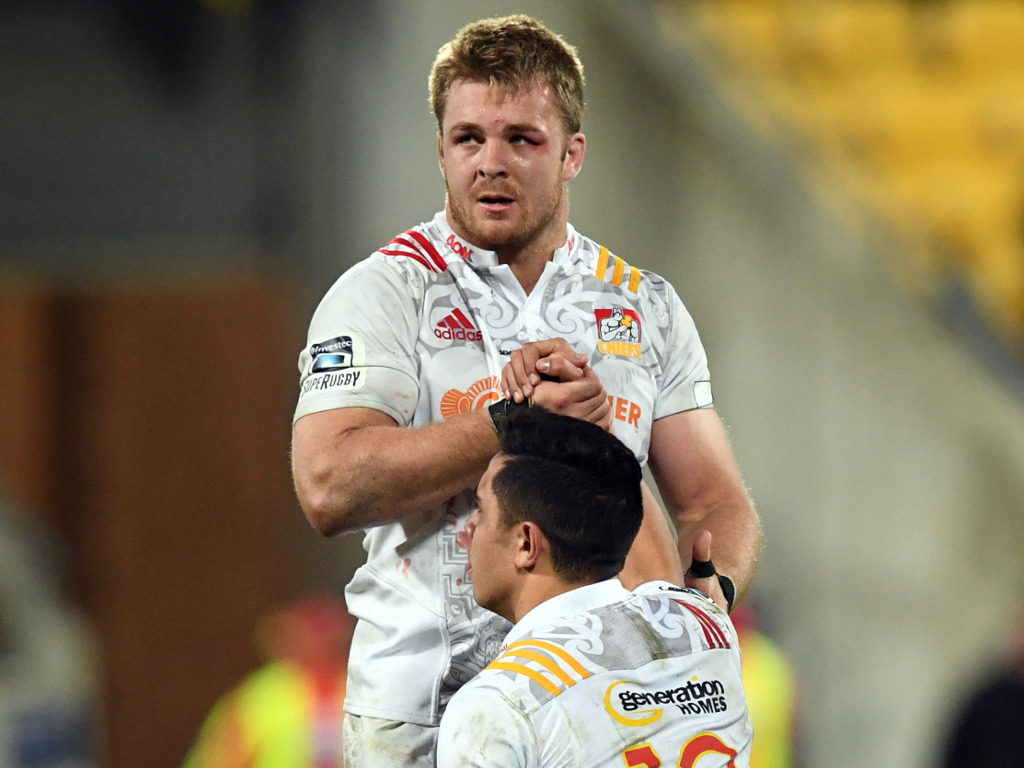 Chiefs head coach Colin Cooper has named a strong matchday squad to take on the Blues in their Super Rugby derby at Eden Park on Saturday.

Cooper and the team will welcome the return of co-captain Sam Cane. Named on the bench in jersey number 20, Cane will take the field for the first time this Super Rugby season after sustaining a neck fracture while on duty for the All Blacks in a Rugby Championship Test against the Springboks in Pretoria last year.

Brad Weber will continue to captain the side from scrum-half.

Angus Ta’avao will start at tighthead in his 100th Super Rugby match, shifting Nepo Laulala to the bench. A new locking combination of Jesse Parete and Mitchell Brown will take the field, with Tyler Ardron back to number eight. Pita Gus Sowakula will start at six in place of Luke Jacobson who sustained a head knock at training.

Again Cooper has named an unchanged back-line from the side that took the field against the Sharks in Hamilton.

Joining Cane on the reserves bench, loosehead prop Aidan Ross returns from his neck injury and Waikato loose forward Mitchell Jacobson will be hoping to make his Super Rugby debut in jersey number 19.

Your Gallagher Chiefs to take on the Blues this Saturday 💥

Cooper said: “It is always a great rivalry between us and the Blues. We expect another brutal encounter again this weekend. They have some great attacking ability among their team. We will need to continue to build on our performance against the Sharks.”