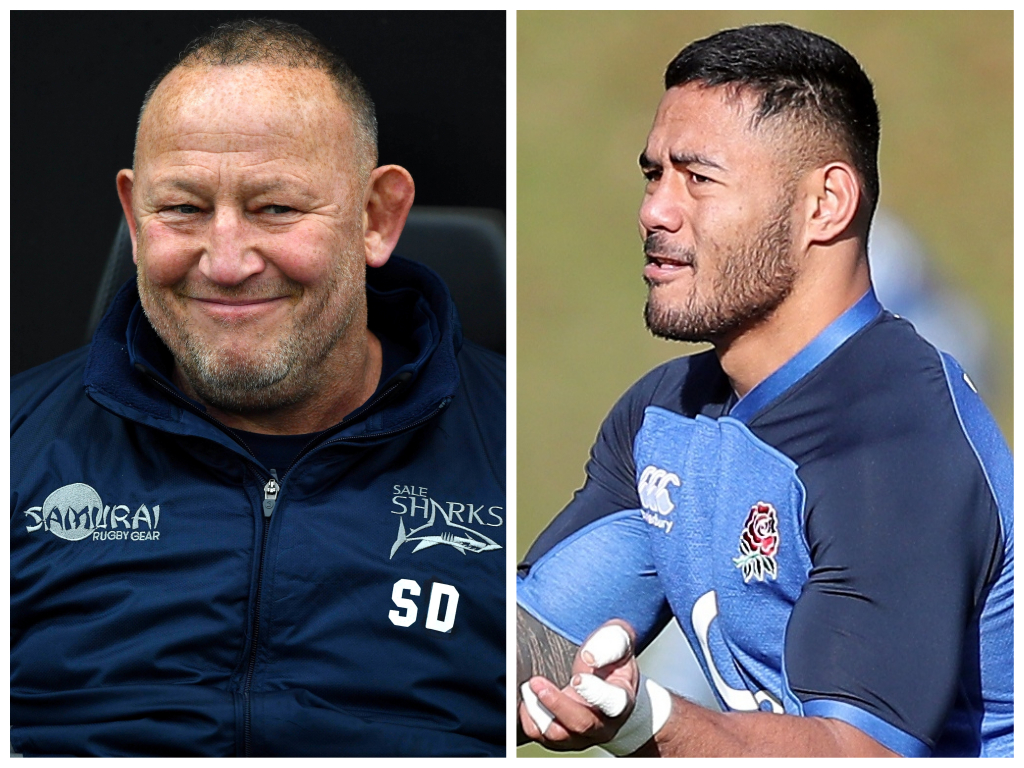 Lying second in the table, with 40 points from 13 games, Sharks have become something of an apex predator in the Premiership.

Playing hard, direct and pragmatic rugby shaped by the garrulous vision of director of rugby Steve Diamond, their power up front is relentless and is underpinned with some wonderfully direct running from their back division.

Their form before lockdown was quite compelling, taking some big scalps both at home and away, highlights being the win against Exeter Chiefs at Sandy Park and the demolition of London Irish at home.

One feature of their season has been the ability to close off close games, especially on the road. Good sides have winning habits and Sale certainly appear to have that priceless knack of owning the scoreboard under pressure.

At the heart of their performances is an immense sense of teamship, something that’s aided by the large contingent of South Africans at the club, all of whom have playing history together. This, fused with a lot of self-developed academy talent has worked together to create a real sense of identity and belonging, something personified in the passionate and sometimes left-field personality of their charismatic leader, Diamond.

Few sides appear to have recruited quite as wisely as Sale during lockdown. The headlines will be dominated by the arrival of England’s talismanic centre, Manu Tuilagi, a massive signing for Sharks. The potential of his partnership in midfield with the outstanding Rohan Janse van Rensburg is mouth-watering and one that will keep opposition defenders awake at night with the fear of their direct and uncompromising styles.

Whilst old news in some respects, behemoth Springbok Lood de Jager is now said to be fit again after dislocating his shoulder in the World Cup final. Although technically signed in December, De Jager underwent an operation but now is fully fit to add more power to an engine room that’s already full of riches and will look to make more appearances after his debut against London Irish just before the lockdown.

The biggest loss to the Sharks is the experienced former England hooker Rob Webber, who at times this season has been playing something approaching the rugby of his career. His technical lineout work will be missed hugely. World-class England flanker Mark Wilson’s vacation in Sale comes to a close as his loan period expires and he returns to the Falcons, after a positive experience at the Sharks.

🗣️ "We are ready and raring to go"

Steve Diamond and his @SaleSharksRugby side can't wait to get going again in the #GallagherPrem as they target the title 🏆#RugbyRestart pic.twitter.com/LmziWxczTV

Diamond’s squad is the envy of many in the Premiership. With a spine of excellence down the middle of the team, featuring players like Faf de Klerk, the du Preez brothers, AJ MacGinty and Simon Hammersley, they have class where it matters. Jono Ross is one of the most effective back-rowers in England and his leadership, supported by Josh Beaumont and De Klerk, is key to the focus and intellect of the team.

Sale’s back-row stock is so deep it defies belief. To add to the du Preez’s and Ross, they have the best openside in the world, Tom Curry, and a carbon copy of the England flyer in his twin brother, Ben.

In terms of the run in, there is no scope for anything but a top two finish for Sharks. Anything else is absolute failure and given the fact they don’t just have quality in every position, but rather world-class match-winners in all of their units, they could very well be lifting silverware at the end of the season.

With England unsure of their best option at full-back, the 6’2” frame of Hammersley is one to watch. ‘Lord Hammer of Hammershire’ fuses power and size with the defensive skill of someone brought up in the mud of the north, but also possesses a fine turn of pace and devastating sidestep that will rip apart the best of defences. Although 27 now, Sale will be secretly pleased he’s not attracted the attention of Eddie Jones yet, but on his day, Hammersley is one of the most complete back three players in the Premiership.

In the centres, no player is quicker and more direct that Janse van Rensburg. At full tilt, he terrorises opposition defences, possessing an all court game that fuses furious and aggressive defence with pacy and intelligent running lines. The fact he’s not currently subjected to international distractions again works in Sharks’ favour. His partnership with Tuilagi is something that might just get the AJ Bell Stadium ringing loudly and is a combination that’s as good as any side in world rugby.

Diamond is an empowered, passionate and colourful character who sets incredibly high standard of behaviour, performance and commitment.

Given the team of riches he’s assembled and his own promises of silverware, the only success that would be meaningful to Sale is the crown of champions itself. Anything else is relative failure and with the performances they put in before lockdown, the signings they’ve made and the quality and confidence they have in their team, only a very foolish person would bet against them going all the way.

Sale Sharks are Planet Rugby’s tip for the top in this season of disruption and frustration.