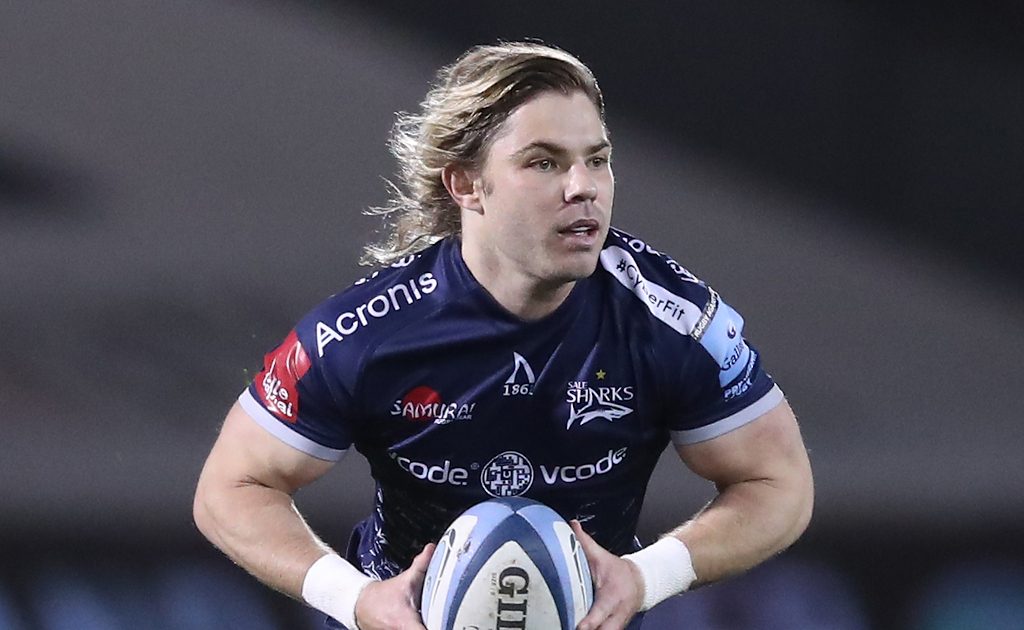 Sanderson’s men, for the time being at least, moved up to second position in the Premiership as tries from Marland Yarde, Lood De Jager and Simon Hammersley helped them to a 31-16 victory.

De Klerk was instrumental in the triumph, setting up the first score with a bullet pass and overall producing an excellent display.

“Faf was superb again wasn’t he? He’s world-class as it is right now but he’s still progressing in the game. We can still get quicker ball to him though,” Sanderson said.

“If we can get some X-factor like Manu Tuilagi or Rohan Janse van Rensburg in there, they get you quick ball. That’s when you’re super dangerous isn’t it? We’ll see where he goes from there.

“At the moment, though, he’s getting a better platform from the forwards with the maul and the scrum. But there’s certainly more to come from him.”

Sanderson also praised the Sharks defence as they conceded just one try against the Falcons despite being under plenty of pressure in the second half.

He added: “It’s not just in the system, it’s in the mentality, which is what it essentially comes down to.

“We thought we lacked a little bit of intensity post the Bristol game for a couple of weeks and we’ve been trying to get back there. I thought we had it last week (against Exeter) and we saw it tonight in spades.

“Line speed and collisions, it was all there.”

Newcastle boss Dean Richards was left frustrated as they were unable to build on their impressive result against Harlequins last weekend.

“There were chances all over the place in the last 15 minutes,” Richards said. “If we could have taken them, it could have been closer.

“They’re a good side. They’re reasonably well drilled but I thought they got lucky with a few of those scrum penalties. But that’s not the reason we lost.”

One positive for Newcastle was Joel Matavesi’s try-scoring Premiership debut, but it was of little consolation to Richards following the loss.

He added: “We pride ourselves in producing players from our academy and long may that continue, but we’re here to celebrate wins. Overall, as a team, we weren’t as good as we could have been.”