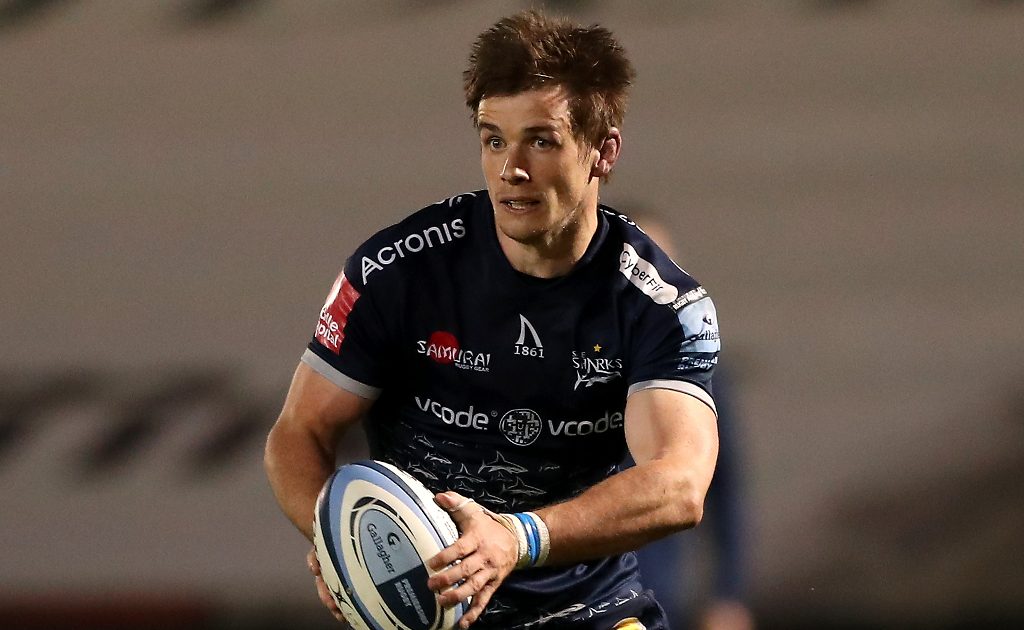 Sale Sharks fly-half AJ MacGinty has been ruled out of Saturday’s Premiership play-off against Exeter.

All three players were hurt during a 20-19 regular season defeat at Exeter last weekend when Sale were overhauled after Chiefs trailed by 16 points and had lock Sam Skinner sent off.

Irish-born American international MacGinty was carried off during the closing minutes after suffering a leg injury, with South African Rob du Preez now set to replace him as Sale target reaching a first Premiership final since 2006.

“AJ is not playing this weekend,” Sale director of rugby Alex Sanderson said.

“AJ is on a conference call with a surgeon today, so we still don’t know, but thankfully it is not a hamstring off the bone or any tendons, so it could be much worse.

“Akker, we are giving him as long as we can this week, and there is a chance he might come through, but Cam Neild, there is no chance, unfortunately.

“AJ has been absolutely mercurial, he has been brilliant for us. He has played some of his best rugby, and he will be sorely missed.

“We talked about it on the field straight after the game (last Saturday) that we can’t let their injuries be in vain this weekend.

“We have got an international fly-half stepping in. How lucky are we? We have got a really good player to come in.”

Sale were in control of last weekend’s game until Skinner was dismissed, but Exeter regrouped with 14 men and scored 17 unanswered points to stay on course for a sixth successive Premiership final appearance.

“We are very motivated to go down there and have another crack.

“When you play rugby and you’ve left something out there, you didn’t quite empty the tanks, you go home and that is what causes the discomfort.

“It was the momentum-shift after the red card that lost us it (the game).

“Against the best teams, you slip, that shift happens and you let them in, it’s very difficult to wrestle the momentum back from a team as dominant and efficient as Exeter.”