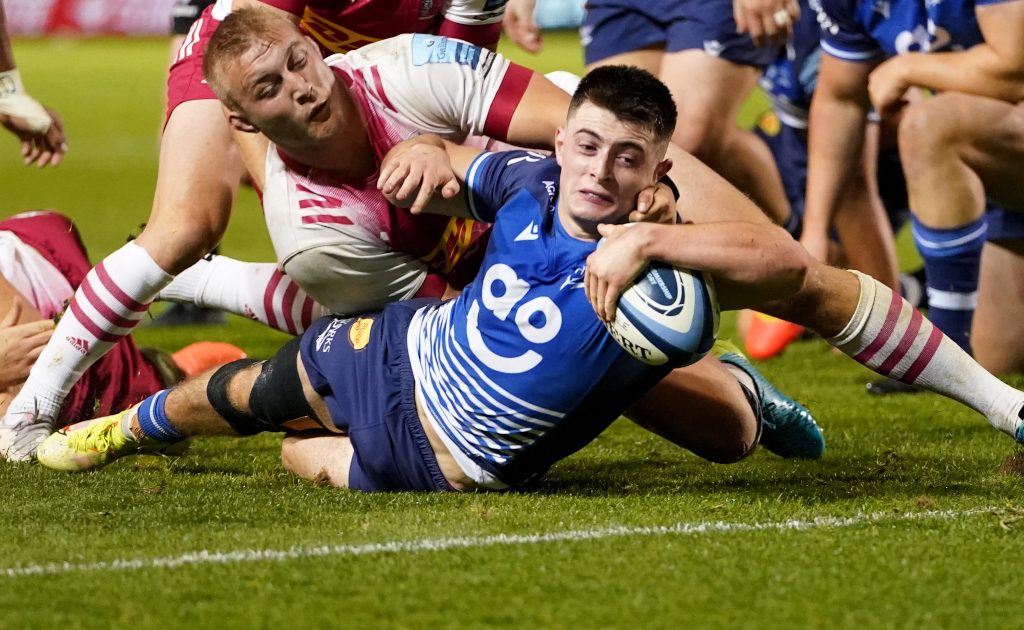 In a thrilling game, Sale controlled the early stages, crossing first via Quirke, but the visitors fired back thanks to Danny Care and Tyrone Green scores.

The Sharks went into the interval 17-14 ahead, though, as Jono Ross, who was earlier sin-binned, crossed the whitewash.

That lead didn’t last long as Luke Northmore scored straight from the kick-off in the second period before Kieran Wilkinson and Marcus Smith traded penalties.

Quins appeared to be in control but the hosts finished the stronger and claimed a much-needed win as Tom Curtis kicked a penalty and Quirke touched down.

Last season’s semi-finalists went into this game off the back of successive defeats to Exeter Chiefs and Gloucester, but they started the brighter on Friday.

Backed by the returning British and Irish Lions flanker Tom Curry, they looked far more cohesive with ball in hand, but errors at critical stages halted their momentum.

The lineout was also causing problems, with the Londoners doing exceptionally well to disrupt the Sharks’ ball. However, the hosts would eventually get their reward when Wilkinson’s forward-looking pass sent Cobus Wiese clear, who then found Quirke to finish.

Quins had not had any possession in the opening 15 minutes but, when they finally did, Tabai Matson’s men showed just how dangerous they are. After moving play inside the opposition 22, they earned a penalty and the ever-aware Care was on hand to take a quick tap and touch down.

Wilkinson regained Sale’s lead from the tee but discipline was once again becoming an issue for Alex Sanderson’s charges and Ross received his second yellow card of the campaign for a high tackle on Green.

With the man advantage, the visitors set about putting the home side’s defence under further pressure and they almost found a way to the line when Andre Esterhuizen surged through.

Esterhuizen’s off-load was knocked on by the supporting player, however, and the move broke down, but they weren’t to be denied for long.

Some more deft rugby by Harlequins put Green into a gap and, after the full-back had brilliantly collected James Chisholm’s pass, he superbly stepped Denny Solomona and crossed the whitewash.

Quins were in control but excellent work at the breakdown from Curry gave Sale one final chance before the break. Ross also returned from the sin-bin and immediately made an impact after going over following a dominant maul to give the hosts a three-point buffer at the interval.

After last week’s performance, where they came from 24-7 down to win comfortably, the Londoners didn’t need to panic and indeed straight from the kick-off they were back ahead as Sale failed to collect and Northmore was on hand to score.

Smith failed to convert and that allowed the Sharks to go back in front via Wilkinson’s three-pointer a few minutes later.

The Sale fly-half then missed two shots at goal soon after and it proved costly as Smith regained Quins’ advantage from the tee.

Wilkinson’s kicking woes would continue as another attempt sailed wide of the uprights, but Sale were creating opportunities.

Their maul was a threat all evening and another infringement from Quins led to a fifth three-point attempt of the half, this time from replacement Curtis, and it was duly on target.

It was a crucial score as the hosts built momentum and secured the win when Quirke crossed the whitewash late on.