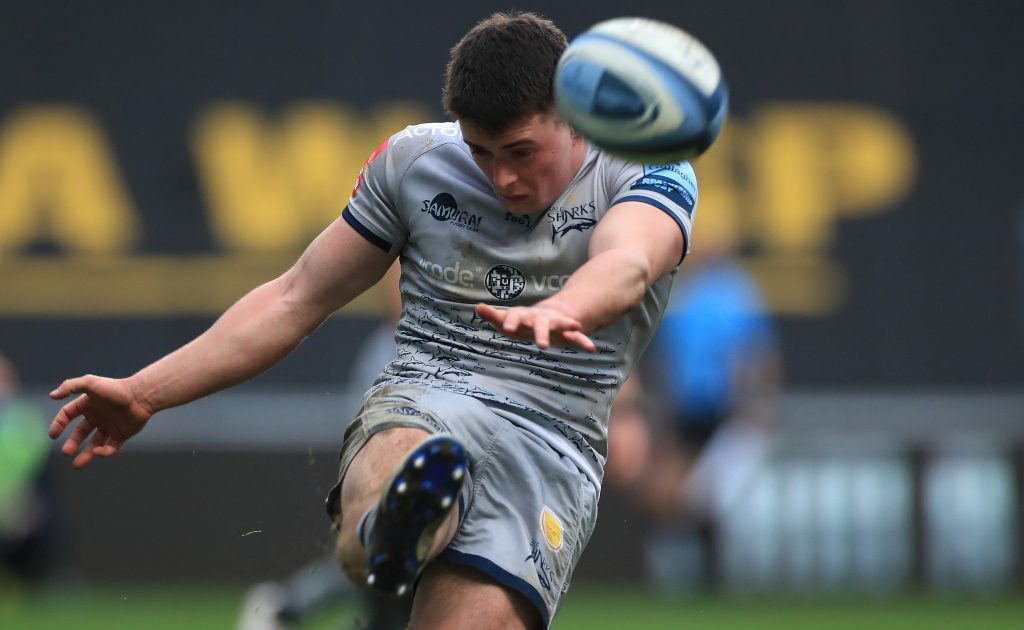 Sale Sharks director of rugby Alex Sanderson believes that rising star Raffi Quirke deserves to be named in the England squad next week.

The scrum-half played a crucial role as the Greater Manchester outfit recorded a much-needed 28-22 victory over defending champions Harlequins on Friday.

Quirke was to the fore, touching down twice as the Sharks ended a three-game Premiership run without a win.

With the world-class Sale half-back Faf de Klerk playing for South Africa in the recent Rugby Championship, the 20-year-old has been handed an opportunity to impress from the start, and he certainly took his chance against Quins.

Got to look after him

“He’s a star in the making isn’t he? A lot of it is about not overplaying him because he’s brave. He’ll carry into forwards and at some point he’s just going to get hurt, just by the weight and the number of collisions. It’s up to me to look after him,” Sanderson said.

“If we look after him, and this is England as well, he’s got a very long, bright future ahead of him.”

Quirke’s energetic displays have unsurprisingly drawn comparisons with De Klerk, with him being nicknamed ‘Faf de Quirke’ by Sale team-mates, but Sanderson thinks he could be even better than the World Cup winner.

“I think he deserves his own nickname. I think he’s his own man and he has every chance of being every bit as good, if not better, than Faf.

“Faf’s got better hair but that’s about it!”

Eddie Jones was at Sale to no doubt take a closer look at Quirke and asked whether the scrum-half should be in England’s squad for the Autumn Nations Series, Sanderson responded: “I just can’t see why he wouldn’t.

“I want that for him, I want him to play at the highest level and come back (from England) better with better coaching.

“Excellence breeds excellence in terms of who he plays with and trains with, so I want him to go and come back with a boom. Even though we’re short of scrum-halves at the moment, we’ll find a way.”

Thanks in part to Quirke, the Sharks moved into fourth position – for the time being at least – but still reside three points behind Harlequins having played a game more.

Quins garnered a losing bonus-point and their boss, Tabai Matson, was content with the outcome having seen his side struggle with their discipline.

“We talked about matching their physicality all week and I thought we did a good job,” Matson said. “We certainly fronted up and, if it wasn’t for some of those defensive sets, the score could have been worse.

“When you go away from home and the penalty count is 21-9, you’re always going to battle to get a bonus-point.

“We lacked composure because they put us under pressure when we exited and then they did a good job at the set-piece, which kept the penalty count ticking over.”

Meanwhile, Bristol Bears director of rugby Pat Lam is backing World Rugby’s decision which allows players to don tights or leggings at all levels of the sport.

In the past World Rugby’s Law Four was only permissible for women, but has now been extended to all players with immediate effect, with tights or leggings allowed on the grounds of player welfare and accessibility.

“World Rugby has made a good decision, a common-sense decision, around players being able to wear tights to protect them from skin-burns,” Lam said.

“I think most of the issues of those pitches are the skin-burns and I think this is a good option.”