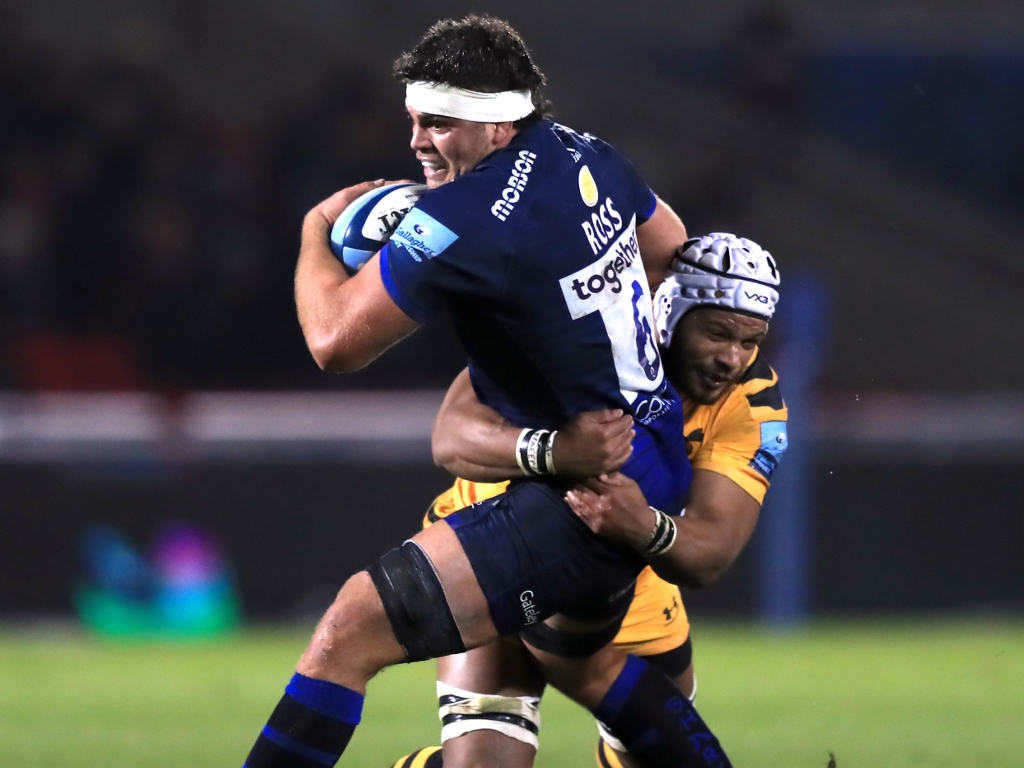 Sale Sharks moved up to second position, provisionally at least, courtesy of a hard-fought 28-18 victory over Wasps at the AJ Bell Stadium.

Friday’s opening Premiership clash of Round Four was a mid-table fixture and the hosts had enough to get the four points from their rivals.

Despite Rob du Preez giving Sale an early 3-0 lead, the visitors controlled the opening quarter as Sione Vailanu’s try and Lima Sopoaga’s accuracy off the tee gave them a 10-3 advantage.

The Sharks hit back, though, and took a 16-10 lead into the initial stages of the second period through Daniel du Preez’s effort and three penalties from Daniel’s brother Rob.

Zach Kibirige gave Wasps hope by crossing the whitewash, while Billy Searle also added a three-pointer, but two penalties apiece from Du Preez and replacement AJ MacGinty secured the win for the hosts.

Both teams like to be ambitious with ball in hand but it was an attritional contest as the sides regularly battled for territory. They traded kicks early on but it was Embrose Papier’s which proved to be the most effective as he landed it perfectly for Byron McGuigan and Daniel du Preez to counter-ruck. Wasps duly infringed and pivot Du Preez took the hosts in front.

The visitors responded, however, and a brilliant cross-field kick set up an opportunity on the left for Juan de Jongh to collect. The centre then passed the ball back inside but it was deliberately knocked on by Simon Hammersley and the full-back was sin-binned.

With the Sharks down to 14 men, the Coventry outfit capitalised and a brilliant driving maul, which started outside the opposition 22, was finished off by Vailanu.

Sopoaga converted and then added an excellent long range penalty as the 2017 Premiership runners-up opened up a deserved seven-point buffer.

Dai Young’s men were in control but they proceeded to make a series of errors which allowed Sale to go into the break ahead. Firstly, Jimmy Gopperth’s poor pass was intercepted by McGuigan and the wing did superbly to fend off several would-be tacklers to off-load for number eight Du Preez to score, before ill-discipline crept in.

Under pressure, Wasps conceded several penalties but the hosts’ fly-half could only convert one of them as the Greater Manchester team went into the interval 13-10 ahead.

After a decent end to the first 40 minutes, the Sharks began the second period well and moved further in front via the boot of their pivot.

Sale were now on the front foot but it was proving to be a topsy-turvy encounter and the away side manufactured a brilliant effort to get themselves back into the contest.

Sopoaga started it before De Jongh, Nizaam Carr and Tommy Taylor combined to put Kibirige in space. The wing still had plenty to do but he did superbly to chip over the top and touch down to reduce the arrears to one point.

The hosts responded well to that setback, however, and further ill-discipline from the Midlanders allowed Du Preez to increase the Sharks’ buffer once more.

Searle did manage to keep Wasps in the contest but two MacGinty penalties sealed the win for Sale. It was a scrappy and concerning end to the game, though, as there was a red card for visiting wing Paolo Odogwu for kicking Rohan Janse van Rensburg when collecting a high ball, while lock Josh Beaumont went off with a serious-looking injury.