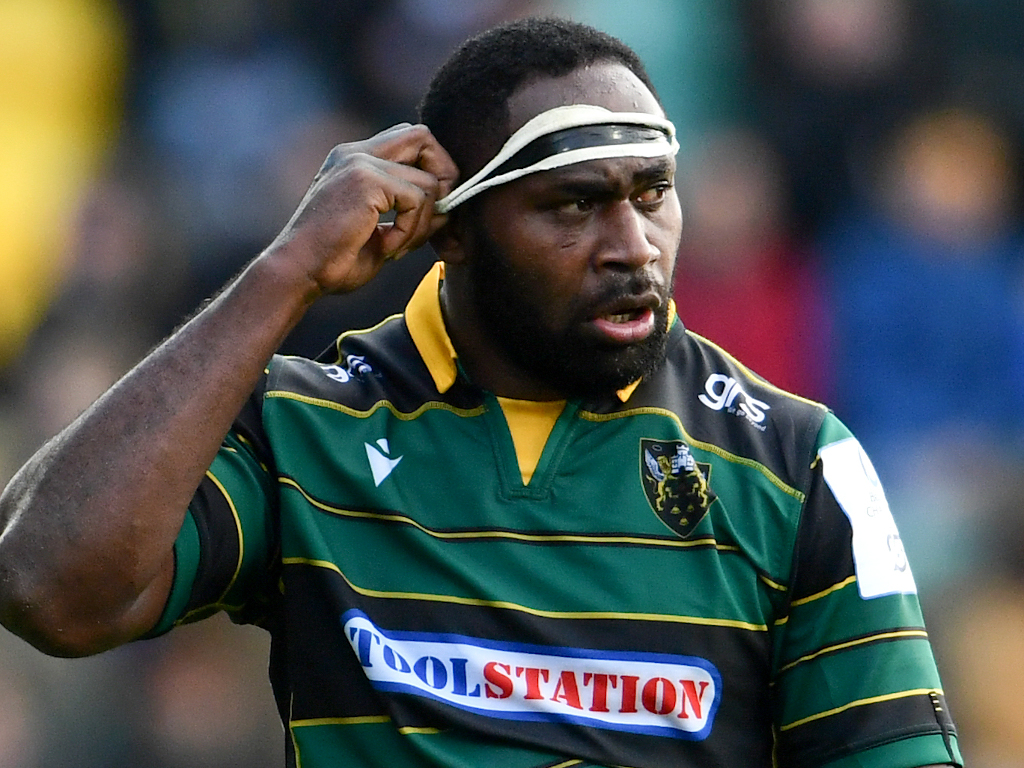 Northampton Saints have announced that Fijian international second-row Api Ratuniyarawa has signed a new contract to stay at Franklin’s Gardens.

A superb ball carrier, expert at getting over the gainline, and a deft offloader too, Ratuniyarawa has proved himself a threat all over the park for Saints.

The 33-year-old has scored five tries in 79 appearances to date in Black, Green and Gold since his arrival from French side Agen in 2016, winning the club’s ‘Breakthrough Player of the Season’ award during the 2017/18 season, and even named his son ‘Franklin’ after his birth in 2019.

Ratuniyarawa is also a regular with the Flying Fijians, earning 35 caps for his country so far and featuring at two Rugby World Cups (England 2015 and Japan 2019).

“It’s an honour for me to sign on again for such a great club,” he said. “Northampton really feels like home for my family and I now, and it has been a great four years so we’re delighted to be staying here.

“The club has really developed since I arrived, especially within the squad with many young guys coming through. The coaches are doing a great job and we have a good balance within the squad, so I’m really excited to stay on to be a part of this.

“For me and my family, playing in front of such a passionate group of fans at Franklin’s Gardens is one of the most special things about playing here. Hopefully, with the squad we have, we can work hard and deliver some more silverware for them in the coming seasons.”

Saints director of rugby Chris Boyd added: “Api’s been here a long time and he’s a really popular member of our group.

“He works hard, he’s heavy and he’s a great ball carrier, so he offers a lot to us and gives a good balance to our loose forwards. He’s a good man with really good core skills, so we’re very pleased to retain him.

“He’s one of the senior boys here now and we’ve no doubt that he will continue to perform well for Northampton Saints.”