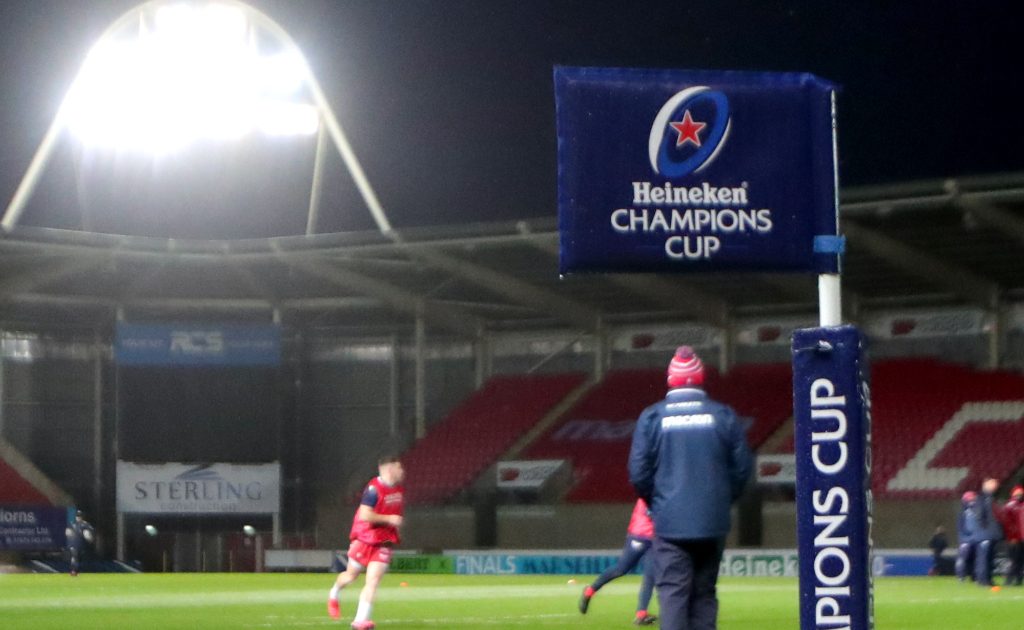 European Professional Club Rugby (EPCR) has once again insisted that there would be no postponement of any of the weekend’s European ties, despite concerns growing over the safety of some of the players.

The Scarlets, Cardiff Rugby and Munster will all be without huge numbers of players as a result of Covid infections in the squad and quarantine rules for international travel. Munster have only one fit senior tighthead prop, for example – and even he is only this week declared fit after a knee injury.

Cardiff are missing 32 players all told, with injury and suspension also ruling out some, and they are set to face reigning European champions Toulouse, who have something of a point to prove after a weekend defeat to Bordeaux.

Cardiff are determined to field a team, which will contain a sprinkling of internationals but also a number of academy youngsters, up against a huge team which France defence coach Shaun Edwards said would be going ‘full fettle’.

But the most prominent warning came from Lawrence Dallaglio, who looked at the plight of the Scarlets, who have only 14 registered fit players available and not in quarantine as things stand.

A number of the Scarlets players will emerge from quarantine on Friday, having been confined to their hotel rooms for 15 days in all, punctuated by half-hour bursts of exercise in hotel car parks.

Dallaglio was asked on BT Sport on Sunday if he thought it would be safe for those players to go straight into a a game against Bristol.

“I don’t think so,” he said. “But it’s not our decision to make. The players will have to be consulted.

“The Scarlets have got to be allowed to try and play the fixture and if they want to try and do that, then great. If they feel like they can’t put a side out that’s going to be competitive, then that’s their decision.

“EPCR were very strong last year. They put some very strong guidelines in around eligibility and what would happen in the event of Covid positive cases. It’s 28-0 and five points.”

EPCR showed no sign of changing their stance on Monday.

“Following the challenges of the last week for several of our clubs impacted by the new Covid developments, we wanted to acknowledge the very difficult & uncertain situation they find themselves in both professionally and personally,” read a statement.

“We hope all those who have tested positive have a speedy recovery & are able to return home as soon as possible. We thank all those working tirelessly for the well-being of the players and to ensure that each club is able to field a team.

“We are now working with them to facilitate the late squad changes required. We continue to look forward to a fantastic weekend of rugby next week, showing the true heart & spirit of the sport we all love.

“We thank the rugby community for their comments in relation to the COVID quarantine situation for certain clubs. Player welfare is paramount to EPCR, the teams & the players & as such we have worked to enable the best possible solution.

“If the clubs feel they are unable to field a team that can safely partake in professional rugby at the required level they are able to forfeit the game.

“We fully appreciate that this is not a route many will want to take however following an extensive review with all parties, postponement of the matches is unfortunately not a viable option due to the extremely busy rugby calendar.”